“Finalists for the First Time in 55 Years”—England’s Historic Victory & the Healing Power of Sport. 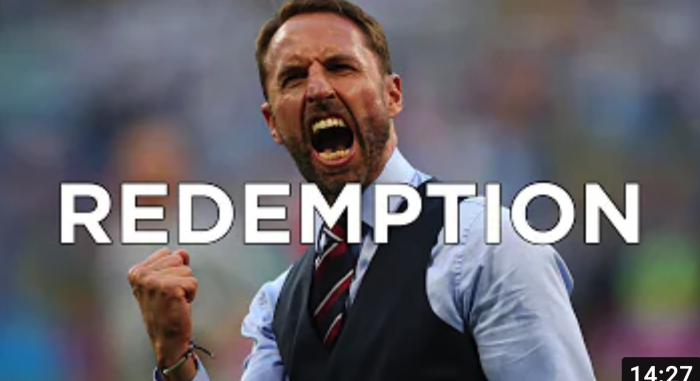 The Healing Power of Sport

On Christmas day in 1914, against a backdrop of war-torn Europe during a series of intermittent ceasefires across the frontlines, German and British soldiers put down their arms and joined each other for a game of football.

While still in fierce conflict, both sides used sport as a common ground of shared love and significance. As they played football, they exchanged souvenirs, sang carols, and for a brief and beautiful moment came together, simply for the love of the game. The pitch was a patch of land historically known as “no man’s land.” The ground stood between the British and German Trenches. No man’s land gave way for a few moments during one of the bloodiest conflicts in the world to peace and brotherhood.

It is in that brief moment that humanity prevailed.

As a nation, we have never been more divided. This plays out both through the wide lens of the geopolitical landscape, right down to the microscopic day-to-day—neighbor vs. neighbor, colleague vs. colleague, friend vs. friend. There is something new that seems to divide and inspire incivility every day.

The Remainers vs. the Leavers. The Pro Vaxx vs. the Anti-Vaxx. Labour vs. Conservative. William vs. Harry. Scientists vs. Politicians. County vs. County.

It’s an overwhelming pressure to pick a side, stay in your lane, and then defend it to the bitter end. Be that ending the price of a friendship or another relationship. The world we live in right now feels like a never-ending cycle of opposing opinions and conflicting narratives. COVID-19 being more catalyst than extinguisher.

Yet, despite this—despite our varying opinions, our chosen sides, or our committed narratives—on Wednesday evening (July 7, 2021), 25.8 million people watched the European Championships Semi-Final. England made a historic victory, which will see them as finalists in an international tournament for the first time in 55 years.

For many viewers in the United Kingdom, this was a once-in-a-lifetime moment. In households across the nation, a wave of national pride and adoration swept through and washed away with it the divide and conflict, leaving in its residue: a transformative hope.

The collective sigh of relief brought people together. Left cheered alongside the right; the revelers partied in the streets despite their differences. Nobody cared if the guy next to them voted in or out of the European Union. Neighbors came together and cheered together—despite their feelings on vaccines. Families hugged and wept tears of joy, despite who they voted for. At that moment, and all the days since, I have never seen so many people in agreement—so many differences absolved, so many opposing sides cheering each other on. So many friends reunited in a fervent fever of togetherness and solidarity.

That is the healing power of sport.

Sport is a great connector; it builds similarities, provides common ground, and brings people together. Sports, both in participation and as spectators, can help to overcome differences and encourage dialogue. This helps to break down prejudice, stereotypes, cultural differences, ignorance, intolerance, and discrimination. Sports, regardless of their format, offer the chance to walk arm in arm. It also encourages play, which is a vital component for social confidence and self-awareness.

Whilst there can be fierce rivalry in sport, between clubs and countries, the love of the game always comes through as a mutual uniter. Teammates work together as a collective, despite their political differences, race, religion, sexual preferences, or differences. They work together, as brothers and sisters, as one complete unit with one common goal: to win. There is no “I” in team, as the saying goes; each person has something to offer, each role within that team is important. They understand that if they do not work as a team, they will achieve nothing.

If only the world was more like this, eh!?

My son plays rugby; his last match was a tough one. Alongside coming away with a loss, he came away with a black eye and a bruised arm.

Did he want to quit? No.

Did he want to play another game? Yes.

The kinsmanship that sport sets a foundation for is one that promotes unity. Unity has no boundaries or constraints. It doesn’t see our differences as a disability; instead, it sees our individual strengths and weaknesses as opportunity. Sport shows us how to strategically work with others to bring the best outcome for all.

Sport offers us common ground. It heals the divide and provides a template for how and why people need to come together to achieve better things—the power of the collective.

As I sat and watched England (my team) take their historic victory on Wednesday evening, I had the pleasure of having my 14-year-old son watching with me. As their manager slammed a victorious fist into the air, having just achieved this historic win for his country, I explained the further significance of that moment.

In 1996, as the cool air broke the heat of the summer, a crestfallen young England player carried the weight of the nation’s disappointment as he missed a penalty that cost his team and his country the chance to play in an international final. At 25 years old, this was a life and career-defining loss.

My son turned to me and asked, “Did he quit?”

I pointed to the jubilant manager on the TV screen who had just made English footballing history and was being serenaded by 60,000 stadia strong alongside 25 million people at home from their sofas…