I was Always an Advocate for Underdeveloped Communities. Then I Had to Become One for Myself.

Fifteen years ago, I began a campaign that I didn’t expect I would still be running.

It started as a campaign for justice for the girls and women of the Democratic Republic of Congo. I’d been reading up on human rights atrocities in DRC for several years, and my outrage at the situation for females in Congo had boiled over.

The rape capital of the world had my attention, and after traveling twice there with Human Rights Watch and V-Day, I was determined to not only write about Congo but also to help seek justice for women there.

But what were the chances that I could bring attention to this crisis enough to make a difference? I was a white woman of privilege from one of the wealthiest counties in the country. I was writing a novel about a Congolese child who faced rape, suffering, abandonment, and heartbreak. Would my empathy for the women in Congo outweigh the fact that I was writing from the vantage point of an outsider?

After querying agents for five years, I had just about given up. I was nearly convinced that nobody cared about the Democratic Republic of Congo; most Americans couldn’t even find DRC on a map. During my years of querying, my mom started showing early signs of Amyotrophic Lateral Sclerosis (ALS).

What started with a sprained ankle became foot drop. Then her hand palsied. Over the following two years, I watched my mother lose the use of her feet, legs, and hand. Like my research into Congo’s underdogs, I started asking questions about ALS. I knew it was a fatal disease; Mom’s father had died of it before I was born. I spoke to a genetic counselor about the possibility of ALS being passed down in my mom’s family.

I took a genetic test and discovered that I carried the gene mutation, C9orf72, the most common cause of familial ALS. Although 90 percent of ALS is sporadic, there are a few of us underdogs who have the black cloud of the inherited disease hanging over us.

ALS is a fatal disease for which there is no cure. I was appalled. Because the C9 mutation was only discovered in 2011, it was too late for me to genetically engineer my sons, and they had a 50 percent chance of inheriting the gene. Once again, my outrage boiled over.

My mom died in January of 2020. She had elected not to use a feeding tube, ventilator, or ports for life-extending therapies. She’d seen her own father die of ALS, and she didn’t think that, after 50 years of research into the disease, the medical community could help her.

The generational trauma that familial ALS causes is hard to describe. There is a 97 percent chance that carriers of the gene will develop symptoms at some time in their life. The average disease onset is 55. My mom was one of the fortunate ALS patients who lived into their 70s. Will I be so lucky? Will my kids watch me die the way my mom did? Will they also have ALS?

Instead of being scared, I got active. I wasn’t going to take “no” for an answer when it came to me surviving ALS any more than I would take “no” for an answer from agents about my Congo book. And then a publisher took notice. A small, independent press read my novel, was equally appalled, and wanted to get the word out about Congo’s women. 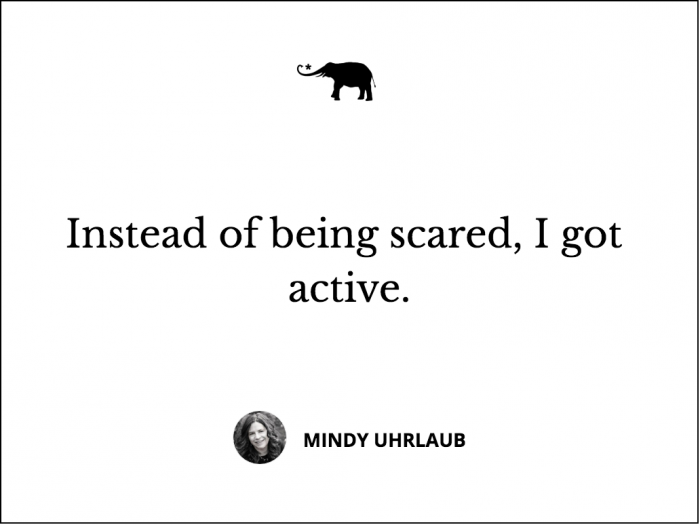 My novel Unnatural Resources came out in November of 2020, amidst the COVID-19 pandemic, and its success gave me hope for myself. I joined an ALS support group. I researched the best hospitals for clinical trials and research studies. I had MRIs, blood tests, nerve conduction tests, spinal taps, skin biopsies, cognitive tests, speech tests, muscle tests, and PET scans to determine the probability of disease onset.

I enrolled in seven trials around the country, and once I was fully vaccinated against Covid, I flew anywhere in the United States that would see me about ending ALS. I was not looking for a therapy; I was searching for a cure.

For me, activism has become personal. I am 52, and I don’t have time to sit idly by and await paralysis and death. But that’s the secret beauty to activism: it doesn’t only have to affect you to make a difference, and just because you’re fighting for one cause doesn’t mean you have to let the other ones go.

I learned the solution is speaking out for the underdogs, no matter if they are close to home or worlds away. And by doing so, we might just win. 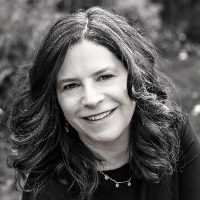 Mindy Uhrlaub is an activist and author of Unnatural Resources, available now.  She has traveled twice with Human Rights Watch and Eve Ensler’s V-Day to the Democratic Rep… Read full bio