3 Ways to Not Settle for Good Enough Love. 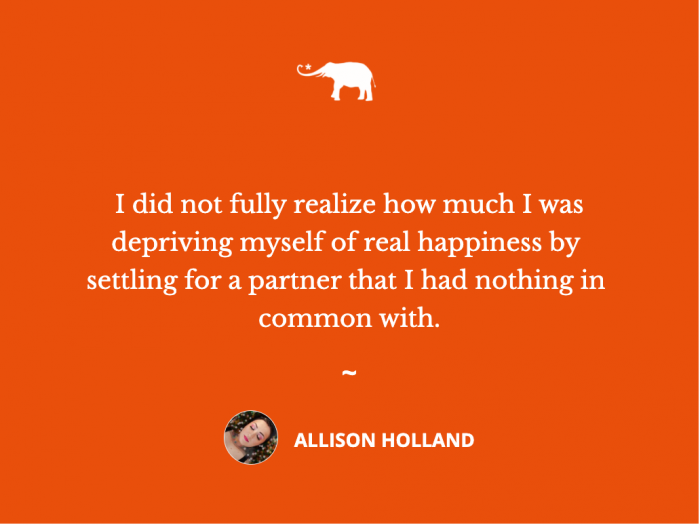 It’s not fatal, but it is incurable.

I hyper-focus on situations I’ve lived through and then refuse to shut the f*ck up about them until I have exhausted all of my friends with my profound and newfound awareness. I think this routine is born from a lack of self-awareness that persisted into my mid-20s.

Every time I discover a new manifestation of my resilience, I feel a sense of immense pride—then I talk about it nonstop for weeks or months in the hopes that someone, somewhere, will benefit from hearing about my universally trivial victories.

When I was just beginning to try and recover from my life-long struggles with disordered eating, I would repeat to anyone within earshot the same war story of how I used to not be able to shop for groceries, and now I only shame-eat twice a week! (Thankfully, that’s not where my progress ended with that particular struggle, but I think the analogy is sound.)

This is why I can’t stop talking about my ex.

When we split, there were, naturally, a lot of emotions—relief, sadness, joy, apprehension. There were many red flags within that were ignored because, like most people, I didn’t want to fail at a relationship the way that I have failed at a thousand other things in my lifetime. (Sorry Dad, I really did want my career as an ASL interpreter to pan out.)

Despite our clear differences, the sweet cliché of opposites attract was one that I felt motivated to embody in my dumpster fire of a relationship.

Turns out, I had misunderstood the assignment.

I talk to my current partner about those times, often. I worry he will become frustrated or tired of listening to me recall unpleasant memories. I do that because, until I had him as a partner, I did not fully realize how much I was depriving myself of real happiness by settling for a partner that I had nothing in common with.

I think the adage of opposites attract is true for couples who share frivolous, contradictory opinions. The mistake that I made was being with someone who held completely different philosophies and desires.

My preoccupation with the things in my defunct relationship that contributed to my depression and the collapse is not because I fantasize about getting back with my ex, it’s because I am constantly in awe of how fulfilling a relationship and partnership can be with the right person.

I wasn’t looking for a relationship after my relationship failed; it simply just happened. But like all serendipitous situations, entering into a romantic relationship with someone who loves (not begrudgingly tolerates) the parts of you that they don’t necessarily understand or agree with, has been the most beautiful affirmation of personal self-worth. And being that I have now lived on both sides of the fence, I hope to offer some clarity on what differences should perhaps be considered dealbreakers.

Here’s how to not settle for good enough love:

1. Make damn sure you are on the same page about kids.

Prior to making sure you make the commitment with someone, make sure you’re on the same page about kids.

I have never wanted children, and I have been steadfast in that since I was about 12 years old. My ex said that he accepted this and even verbally acknowledged that biological children were not going to be a part of our life together, but that changed drastically over the years.

I did a lot of self-shaming for not being the woman who was born wanting to have children when he admitted that he in fact wanted children—but the reality is, there has never been anything wrong with me for not wanting kids.

One of the most relieving conversations I’ve ever had with my current partner is when we both said, out loud, that we don’t want children. At that moment, I felt more seen and understood than I had in years.

I confessed to my partner early on in our relationship that I didn’t believe I had ever had a healthy sexual relationship with another partner. Due to past trauma and self-image issues, intimacy and sex have always been difficult parts of a romantic relationship for me to engage in.

For me personally, intimacy can only happen when I feel safe. I neglected my own intimate and sexual needs because my partner was vocal about needing more from me than I was able to provide. I constantly felt empty and simply not good enough.

I was resolute in my decision to not repeat this in my next relationship, and therefore my partner and I have had candid discussions about what our needs are.

How much sex do you need to feel fulfilled?

What kind of sex do you enjoy?

What can I do as your partner to make you feel safe enough to be intimate with me?

The result is living a life where I am not only fulfilled in that area of my life but safe to express how I am feeling about our intimate moments.

3. Ask “Where did we come from and where are we going?”

My ex told me that he didn’t believe in the theory of evolution. I will never forget that moment because I felt like I had been punched in the gut. My family is extremely grounded in science and reason. I knew if I were to reveal this to any of them, especially my father, I would have looked like a fool for wanting to commit myself to someone who held such a vastly different philosophy on how we, as a species, came to be.

I never thought to ask my ex about his religious beliefs and philosophies. It is liberating to now be in a relationship with someone who quantifiably shares the same beliefs as me about these grand cosmic questions.

My ex is not a wicked person, and there were certainly attributes he had that motivated us to stay together for the amount of time that we did.

I have found true happiness in another person who is far from my opposite, but instead completes me in a way that I never could have imagined—and that is fascinating to me. My ex and I were barely held together by the assurances of the old proverb opposites attract.

Now I live my life by another slightly modified cliché, “Love means never having to say you’re sorry for who you are.”
~ 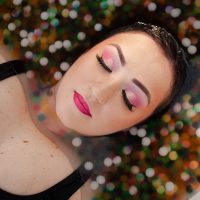 Allison Holland has never been good with introductions, including her own. Here’s the cliff notes version of what you came here for: Marked by considerable social turmoil∙… Read full bio