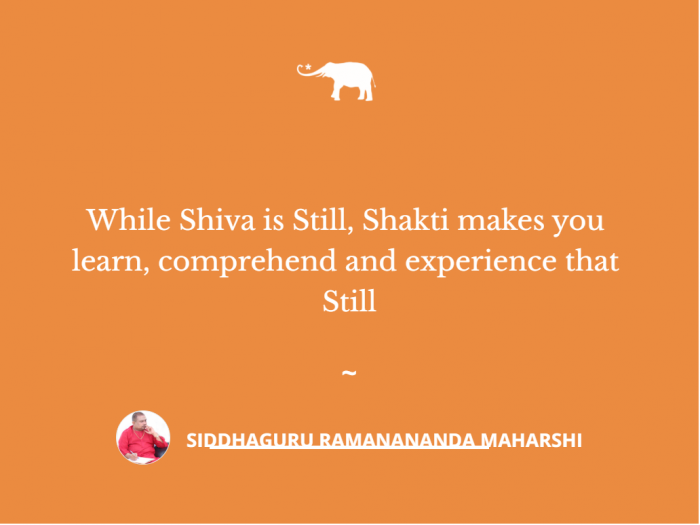 According to the Vedas, one Supreme entity with two forms i.e. Paramasiva and Parasakthi, is responsible for universal creation, sustenance and dissolution. Their worship is not only quite ancient but also evidential since the Vedic times. However, whole universe is the broadest form of Siva and Sakthi because their magnificence is visible in each respective atom.

Further explaining their peculiarity, Parasakthi stands nowhere less than Paramasiva, who is the infinite, omnipresent and ultimate reality of the universe, as they both are indistinguishable.Despite being one, they exhibit dichotomy in a mysterious way as in Siva being formless and Sakthi being the embodiment of Power.  Paramasiva is the truth that always exists in all eternity, unspecified, unconditional, attribute-less and non fragmentary. Siva, the form of knowledge is beyond mind and world, has the characteristics of being implicit and non dualistic. On the contrary Parasakthi, is the power of illusion, artistic, specified, conditional and full of attributes with dualistic nature. Sakthi, epitome of consciousness and its source too,  is the mother to the mind and its delusion. Siva in order to express or perform any deed must take the assistance of Sakthi.

A major sect in Hinduism reveres Siva as the Supreme being, the God of the Gods. This sect is famously known as the Shaivism. Similarly, there is another majority which considers that the transcendental reality to be Sakthi, who is also  regarded as the Supreme Godhead. This sect is reputedly known as the Shaktism. In accordance with Shaivism, Paramasiva is amorphous whilst Sadasiva is in Definite form. Shaivism proclaims  Siva to be beyond the trinity of Gods- Brahma, Vishnu and Rudra. Thus, addressing Siva to be the source and basis for the trinity. Siva is devoid of attributes and remains beyond the Sattva (goodness, constructive, positive), Rajas (passion, active, confused), and Tamas (darkness, destructive, chaotic) natures. While on the contrary, as stated in Shaktism, Parasakthi is unstructured and formless while Jagdamba is distinctive in nature. Shaktism affirms Parasakthi to be in the outside limits of the trinity. Parasakthi too, is expressed to be the bedrock and the base to Brahma, Vishnu and Rudra. Likewise, the quality of being without any characteristics and existing far away to the sattva, rajas and tamas traits are noticed even in Parasakthi. Siddhaguru conveys that if one compares and observes these two sects closely, the difference would be just in the names but not in their theories. Consequently, with this logic, Siddhaguru concludes Paramasiva and Parasakthi to be one and the same, who are the entity of source to all the deities, Gods and Goddesses.

The fact of Brahma, Vishnu, Rudra along with Saraswathi, Lakshmi, Parvathi being componential to the ubiquitous, omnipotent, invincible Siva and Sakthi should be very well understood.

Nevertheless, they are quite inseparable and unvaried and none can contemplate both individually. Their unison is fairly mystifying unless one attains self-realization. Yet, Siddhaguru has come up with certain instances quoting their uniform nature.  The Sun and its rays, the Moon and its radiance, Fire and its blazing energy, Wind and its circulation ability, space and its power of expansion, a musical note and its tune, a melody and its harmoniousness, a flower and its fragrance defines the oneness of Siva and Sakthi.

Many believe that only Siva is the ultimate reality and disregard the eminence of illusion, the Maya of Sakthi and vice versa.  Much like a coin which has two sides and anyone defying this, would be called ignorant, Siddhaguru calls the above belief to be such imperfect knowledge as the Supreme Consciousness is bilateral in nature i.e. comprising of Siva and Sakthi.

Their equality is in such greater level that, if you worship one among the two, then the worship of another is automatically accomplished. Consequently, a devotee of Siva becomes a worshipper of Sakthi being unaware of this interesting fact. Siddhaguru quotes the same with an example, stating that while worshipping the Sun, one need not exclusively  worship its radiance. Correspondingly, while glorifying Siva one need not praise Sakthi solely.

One has to acknowledge clearly that both Siva and Sakthi are equivalent and must possess this well grounded knowledge because this is the most truthful and perfect understanding. For this reason only, to make this pious recognition practiced by everyone, Veda Rishis did come up with a cleverly thought-out idea of a Sivalinga which is rounded, elliptical image of a linga representing Paramasiva, placed on a circular platform known as peetam, representing Parasakthi. As a result, if anyone is devoted to a linga with basis, then they are worshipping  both Siva and Sakthi at the same time. Siddhaguru emphasizes that even this discrimination of Sivalinga is not perfect and states a higher level of understanding i.e., complete Sivalinga denotes both Siva and Sakthi equally.

Spiritual life would be incomplete if it lacks either of their worship, as they particularly offer salvation and worldly luxuries simultaneously. This wisdom is commonly owned by all the Enlightened Masters and wise men due to their self-realization experience.

Considering these facts, three principles are quite mysterious in Spiritual knowledge.

a) Philosophy of Siva

b) Philosophy of Sakthi

An ultimate spiritual goal of a seeker is to unite Sakthi, residing in their root chakra with Siva, in their crown chakra. The reason to the grief and suffering of mind, in a person is due to the separation of Siva and Sakthi. The union of Siva and Sakthi causes the mind to be at the state of oneness. The state of meditating, rejoicing, noticing the ultimate bliss is  the utmost duty of self. Among the materialistic duties like maintenance of Body, occupation, family, society etc., the prior stated duty of self, is of absolute primary importance. Coming to the form of energy in our root chakra, is mainly known as Kundalini and is awakened only through the grace and aid of an Enlightened Master by a process called Shaktipat. This  divine approach is the only means for a seeker, who cannot abandon His or her attributes unassisted, in their spiritual journey.

A unique and a rare procedure, Shaktipat is the spiritual transmission of energy done purely by the Enlightened ones, also called as Siddha Gurus. Without the help of the Guru, the prior process would be very strenuous and exhausting. 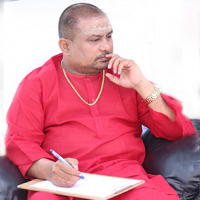