Why I no Longer View Fellow Women as Competition.

It is gratifying to encounter a strong woman secure enough in herself that by the very nature of her being, she lifts everyone up, rather than working to tear others down.

I’ve often contemplated whether the remains of some evolutionary code, buried deep within the female genome, has preprogrammed us into harboring a sense of defensive protection over what we deem our own.

As matriarchal societies have largely fallen off the face of the earth, the most commonly-observed societal model that remains in our immediate surroundings involves the archetype of the dominant male overseeing a kingdom, with women playing a mostly supportive role.

The hardships our ancestors faced with respect to food shortages also forced many females to seek refuge in the company of a protective male, one seen as capable of providing her not only with food (many early civilizations were hunter-gatherer based), but also protection, and the viability of producing healthy offspring to guarantee the continuation of our species.

Enter the year 2021, and this territorial behavior buried deep within our DNA has the capability of manifesting itself in everything from feeling protective over a romantic interest, to feeling a fierce sense of ownership over what we do for work. This “every person for themselves” behavior invokes the deeply-embroiled attitude of jealousy, which as spiritual beings, we work hard to overcome in the first limb of yoga.

Aparigraha, or “non-grasping,” is often alluded to in terms of nonattachment, but it is also defined as removing ourselves from any experience that would allude to covetousness or having a sense of ownership over who we are or what we have.

Rather than fuming with jealousy upon noticing that someone else has entered our playing field, we must work to accept their talents and skills as indicative of our own, and seek to relinquish our need to compete or prove ourselves. In our own time, we too will blossom and arrive with our offerings to this world, and it would do much better to be received with loving arms and an open mind.

Extending our courtesy of support when we see others succeeding helps one to win on every side, whereas gossip and small-minded condescension and critique only further divide.

Social media adds an additional layer of complexity to this equation, with flawed user error fueling an unnecessary attitude of competition. We are more susceptible now than ever before to comparing ourselves with everyone else around us, when in fact, we should be celebrating everything we are and uplifting the diversity we see everywhere around us.

The truth is, there is more than enough success to go around. Embodying a fragmented and fear-based mindset by grasping at everything is an outdated mode of survival; in perceiving a society that can only provide as lack-based, instead of profit-rich and unlimited, our reality becomes savage. Reality is orchestrated as such that if we program our mindset to believe that there is not enough, we are provoked to subconsciously sabotage ourselves. But, when we believe that we are deserving and entitled to work hard and earn success, it arrives almost spontaneously!

How is this possible? It is our nature to support each other when through conscious effort we practice and remain present to our surroundings. We all have the ability to recognize the Universe as supportive, infinite, abundant, and all-encompassing. When we align our belief system with the underlying laws of the Universe’s own creative behavior, the innate forces at work beneath our natural environment are beholden to help us.

Many times, a “failure” in our life was simply our own tendency to act out of a past pattern or experience, rather than taking that leap of faith and allowing a set of principles that are universal and adaptable to support us indefinitely.

Humans, as a part of an ever-connected reality, subscribe to the same set of laws as everything animate in the material Universe, and are therefore susceptible to disruptive change, as well as complete transformation. One of my favorite symbolic archetypes for this type of manifestation is the reminder that the butterfly, once trapped in a cocoon too small for its wings, transcends all limitations exactly as the moment is ripe.

Pure and magnificent beauty unfurls, and the metamorphosis is complete. 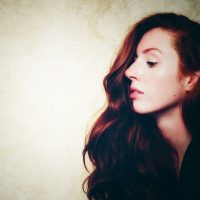 Victoria Ortgiesen is an artist, writer, and yoga teacher; sharing lessons in self-discovery, love, and living life gracefully. You can follow her on Instagram or Twitter. … Read full bio