10 Wise Thoughts by Matt Haig to Give us Reasons to Stay Alive. 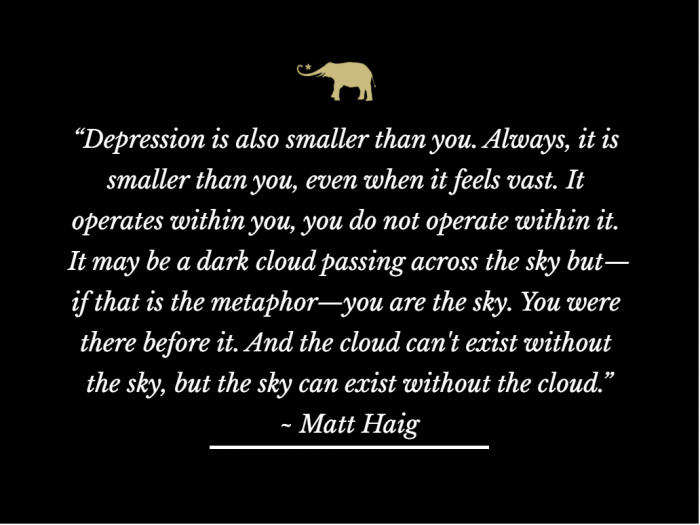 In the United States alone, suicide is the 10th leading cause of death, with approximately 47,511 Americans who died by suicide in 2019 and 1.38 million suicide attempts.

Of course, we can argue that people die of other horrific reasons like cancer, being caught in floods, hurricanes, and earthquakes, living under massive poverty and undergoing malnourishment, the common flu, domestic abuse that leads to death, especially amongst women and children, and simply existing in struggling countries like Palestine, Syria, Iraq, Tibet, and Afghanistan, where people have no choice but to live under atrocious circumstances pushed against them by tyrants.

But this isn’t a moral argument of which cause of death is more righteous than the other and, therefore, deserves a bigger, highlighted font in the local news. According to the Buddhist notion, all life is sacred—plants, insects, animals, and, especially, humans. But it is our mission to give this life meaning, purpose, direction, and reasons to exist for as long as it can live.

In the Buddhist notion, too, life is long but it is also short. Perhaps the easiest way to understand this conundrum is to remember a time when we were genuinely, truly happy, maybe while we were on a trip or lost in conversation with loved ones, or while sharing a romantic, ephemeral moment with a significant other, and how precious, fleeing, and short those moments of euphoria felt. To the point where we wanted to suffocate those moment in between the embrace of our arms, with the intention of never letting go.

On the contrary, we might remember a time when sadness stripped away our essence, livelihood, and the very reason to enjoy life. Maybe through the death of a loved one, or the fallout of a romantic relationship that we thought would last forever, or a traumatic event that left us feeling helpless.

But in between the wavering dance of grief and ecstasy is where real life exists. Life doesn’t just happen in either the suffering or the joy, but perhaps in our ability to derive meaning out of each fleeting and briefly-lived moment to moment experience.

Perhaps by remembering death, we are also reminded of the “whys” to live.

Here are my favorite words by Matt Haig, an English bestselling author who attempted to die by suicide 20 years ago because he, too, once believed that the suffering he had felt was grander and more pulsating than his reasons to stay alive:

1. “Wherever you are, at any moment, try and find something beautiful. A face, a line out of a poem, the clouds out of a window, some graffiti, a wind farm. Beauty cleans the mind.”

2. “And most of all, books. They were, in and of themselves, reasons to stay alive. Every book written is the product of a human mind in a particular state. Add all the books together and you get the end sum of humanity. Every time I read a great book I felt I was reading a kind of map, a treasure map, and the treasure I was being directed to was in actual fact myself.”

3. “I want life. I want to read it and write it and feel it and live it. I want, for as much of the time as possible in this blink-of-an-eye existence we have, to feel all that can be felt.”

4. “You will one day experience joy that matches this pain. You will cry euphoric tears at the Beach Boys, you will stare down at a baby’s face as she lies asleep in your lap, you will make great friends, you will eat delicious foods you haven’t tried yet, you will be able to look at a view from a high place and not assess the likelihood of dying from falling. There are books you haven’t read yet that will enrich you, films you will watch while eating extra-large buckets of popcorn, and you will dance and laugh and have sex and go for runs by the river and have late-night conversations and laugh until it hurts. Life is waiting for you. You might be stuck here for a while, but the world isn’t going anywhere. Hang on in there if you can. Life is always worth it.”

6. “The key is in accepting your thoughts, all of them, even the bad ones. Accept thoughts, but don’t become them. Understand, for instance, that having a sad thought, even having a continual succession of sad thoughts, is not the same as being a sad person. You can walk through a storm and feel the wind but you know you are not the wind.”

7. “Your mind is a galaxy. More dark than light. But the light makes it worthwhile. Which is to say, don’t kill yourself. Even when the darkness is total. Always know that life is not still. Time is space. You are moving through that galaxy. Wait for the stars.”

8. “People place so much value on thought, but feeling is as essential. I want to read books that make me laugh and cry and fear and hope and punch the air in triumph. I want a book to hug me or grab me by the scruff of my neck. I don’t even mind if it punches me in the gut. Because we are here to feel.”

9. “We are all echoes of each other. We are all humans and feel both despair and happiness. Our similarities, as a species, are staggering. And our mental fragility is directly tied up with our humanity. We have nothing to be ashamed of in being human, any more than a tree should be ashamed of having branches. Let’s accept our own nature. Let’s be kind to ourselves and to each other. Let’s never add to the pain by blaming ourselves. We are all so weird that, really, none of us are. There are seven billion versions of strange on this freak wonder of a planet. We are all part of that. All freaks. All wonderful.”

10. “Even more staggeringly, depression is a disease so bad that people are killing themselves because of it in a way they do not kill themselves with any other illness. Yet people still don’t really think depression really is that bad. If they did, they wouldn’t say the things they say.”

Life is long but it is also short. There were many moments when I secretly wished it would end because of the long periods of depression that tarnished my being. When I once felt lost, lonely, hopeless, flawed, and unloved because of those very reasons. When the pain felt more pulsating than the willingness to fight. I am happy I no longer feel this way.

None of us are here for long, and between all the crazy things that are happening in our world today, we don’t need to give each other one more reason to wish that our lives would cease to exist.

Let’s take a moment today to say something, do something, or behave in a way that uplifts the fog of depression we all feel is looming through our 24/7, incessant news.

And if we can’t do that, the least we could do is say nothing—nothing at all—as opposed to say something unkind.

It’s not like we’re making it out of here alive, anyway. 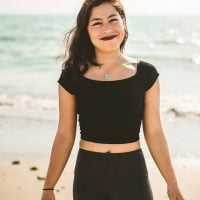