Suicide doesn’t Discriminate: 6 Warning Signs that could Save someone you Love.

Last Tuesday morning, we woke to news that designer Kate Spade had hung herself—with a scarf.

By Friday morning, the news was covering Anthony Bourdain’s suicide by hanging. As I combed the articles and updates for suicide resources, I found most of them lacking. In many cases, the juicy, morbid details took center stage over the more important topic of discussion—where to get help.

The deaths of these two individuals are devastating—not because they were prominent and successful (although they certainly were both)—but because they were two people suffering immense pain who felt that they had nowhere else to turn. Anyone reading about the suicides should have information on where to go for help, should they need it.

Because, guess what? Suicidal people read about suicide. My husband completed suicide by train in Dana Point several years ago. He had never been diagnosed with mental illness, but—unbeknownst to me—had been exhibiting the warning signs of suicide for months. Those warning signs included a preoccupation with death and suicide.

What I understand now is that suicide, much like mental illness, does not discriminate. My husband, along with Kate Spade and Anthony Bourdain, seemed to have it all: a great career and healthy relationships. And yet all three tragically chose to end their lives. And unfortunately, they aren’t anomalies.

The Centers for Disease Control and Prevention (CDC) reports that suicide rates have increased by 25 percent across the United States over the last two decades—and more than half of those who died by suicide had never been diagnosed with a mental health condition. With 45,000 lives lost to suicide in 2016 alone, this is now a critical mental health crisis.

Americans as a whole, and specifically our youth, are in drastic need of education and information. Rather than reporting morbid details, we need relevant, tactical information on suicide and the resources available to anyone who needs help. Andy Spade, Kate’s estranged husband, said that there were no warning signs. The thing is, those warning signs are easily overlooked by those not educated on them—as I was not when my husband needed me to be. The bottom line is that the average person just doesn’t know all the risk factors and warning signs for suicide.

So how can we fight this growing epidemic? We need to cut the stigma associated with mental illness. My husband never wanted to “disappoint” people, including me, by talking about his struggles. Kate Spade feared injuring her brand by seeking help. But illness is illness, whether it’s cancer or diabetes or depression or any other number of mental illnesses. Education is the key to removing that stigma and helping those in pain.

Since my husband’s death, I’ve made it my life’s mission to educate young people, along with their teachers and parents, about suicide. To help yourself or someone you love, get familiar with the warning signs for suicide:

Talking about it. The single most common warning sign for suicide is talking about it. If someone you know talks frequently about death, or worse, suicide, take it seriously.

Engaging in reckless behavior. There’s a reason they call it a “death wish.” Reckless behavior could be a sign that your friend or loved one wants to die.

Giving things away. If your friend or loved one seems to be unloading a lot of his or her possessions—particularly those he or she values, that could be a sign of suicide.

Visits or calls to “say goodbye.” The conversation could be subtle, but when someone you love seems to be bidding farewell to family and friends, you should take this action seriously.

Alarming comments. If your friend or loved one frequently makes comments about feeling hopeless, wanting out, or that the world would be better off without him or her, this could be a sign of suicide.

Suicide affects every demographic, regardless of gender, age, ethnicity, or background. That said, there are several factors that make someone more likely than another to complete suicide. Those risk factors include:

Suicide is tragic. Doing nothing about it is unforgivable.

If you are experiencing thoughts of suicide, or know someone exhibiting warning signs, please call the National Suicide Prevention Lifeline at 1-800-273-8255. 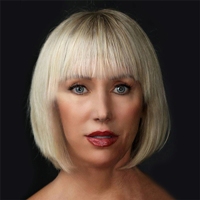 My Unpopular Thoughts on Suicide. Suicide Sucks & Silence Kills: 7 Ways we can Help those who are Struggling.
See relevant Elephant Video