Suicide Sucks & Silence Kills: 7 Ways we can Help those who are Struggling.

For the last few weeks, I have been asking as many people as I can a single, uncomfortable question:

“What are your thoughts on suicide?”

Most of them wince and immediately regret becoming involved in the conversation.

I was first introduced to suicide at the age of 12. My friend’s brother—a then 20-year-old junior in college—hung himself in the bedroom of his fraternity house. His family had no idea he was suffering from depression, and while his friends admitted that jokes had been made, they never suspected any truth behind them.

This is when I learned that a parent should never bury their child.

A college roommate of mine let me into her life when she told me the story of her uncle’s suicide. He shot himself in the head while his wife was dropping their two daughters off at school. The girls had been sick, so the youngest—age four—came home with her mom after dropping off the eldest, who was seven. They opened the garage to find Dad dead on the floor, his brains spewed about.

This is when I adopted the belief that suicide is selfish.

I currently work in the adolescent unit of a psychiatric hospital. I have always been fascinated with mental health, so after obtaining my degree in psychology, it was no surprise that I landed here. A few months into the job, I walked in on a client ripping her wrist open with a screw.

This is when I realized that suicide is depression gone terribly too far.

“What are your thoughts on suicide?”

This is not a comfortable question or conversation, but it is an important one.

The most common response from my poll to friends, family members, colleagues, and strangers is that suicide is selfish. Some argue that these individuals are sick, but most claim that they are weak, they are cowards, or they should have been stronger.

We are all entitled to our own opinion. I too spent years writing suicide off as selfish. But my experiences at the hospital have begun to sway my perspective a bit.

I don’t necessarily believe that suicide is un-selfish. But I don’t think focusing on the question of whether this is or isn’t the case is productive for anybody. What benefit comes from pointing a finger at the memory of someone by calling them a coward? Does it alleviate the pain borne by those who loved them? Does it create an open environment for those suffering with depression and suicidal thoughts to come forward and ask for help?

My aforementioned friend’s brother hung himself low enough that had he stood on his tippy-toes, he could still be alive today. His desire to die was so strong that it overrode his biological instinct to live.

The truth is, we don’t know what we would do if we were in the same position, battling a seemingly un-winnable war within the confines of our minds. And most of us are lucky enough to never be faced with this reality.

Rather than focusing our attention on those who have taken their lives, I challenge us to pay attention to those still living who might be struggling.

The Center for Disease Control and Prevention (CDC) claims that depression affects more than 26 percent of the U.S. adult population. Twenty-six percent!

It is important to remember that while these numbers are only our best estimate, they are believed to be lower than reality due to underreporting.

How many people do we know? Think of friends, family members, colleagues, acquaintances, neighbors, classmates, social media connections. Can we account for the quarter of them who may be suffering from depression? I know I can’t. Depression is an invisible illness, and many are suffering silently.

More than just routine sadness, depression is debilitating. Those of us who have never experienced diagnosable depression or suicidal thoughts often look for reasons as to why people might be feeling this way. Did they lose their job? Are they terminally ill? Suffering marital problems? Being bullied in school? This is not to say that these reasons can’t lead to depression (they can), but depression does not need to be triggered because it is a chemical imbalance that can affect anyone regardless of age, race, gender, sexual orientation, or socioeconomic background.

Depression doesn’t discriminate, and neither should we. We need to eliminate this notion that having depression makes us “less than” or weak.

Many of my clients are admitted following a suicide attempt or because they disclosed their desire to take their own life. It is not uncommon for them to spend the first day or two in tears, begging to go home. These kids often claim that they “made a stupid mistake” and “it will never happen again.” Individuals in these circumstances have enough trouble understanding and accepting their own reality, and the last thing they need is to be stigmatized by the rest of us. What they need—what we all need—is compassion.

Where to begin? Here are some things we can all do help each other out. Let’s work together to save lives:

Talking about depression and suicide is not always a comfortable conversation, but the more we do it, the easier it becomes. The only way to validate each other’s thoughts and feelings is through conversation. Not talking about suicide only allows it to remain taboo and lowers our opportunity to save lives in the future.

This includes familiarizing ourselves with the warning signs and signals for depression and suicide. When we suspect a loved one to be suffering from depression, it is important to urge them to reach out to a licensed professional. Numerous studies have proposed that asking someone if they are thinking about suicide does not increase their risk of acting on these thoughts. We must adopt the phrase, “It is better to lose a friendship than to lose a friend.” If someone confides their intention to harm themselves to us—and begs us not to tell anyone—it becomes our responsibility to reach out to others for help.

Watch what you say.

We are all becoming more mindful of our vocabulary. We no longer live in a society where it is acceptable to loosely toss around words or phrases that may be interpreted as offensive. The next time we want to claim that we’re depressed because we can’t find our favorite pair of socks, or are going to kill ourselves if we hear that song one more time, we have to try and catch ourselves. Let’s help others to adopt this change as well.

Stop spreading the belief that suicide is selfish.

Calling suicide selfish and cowardly only solidifies these beliefs in the minds of those who may be suffering. How can we expect people to come forward and ask for help when all the feedback they’re receiving only feeds into their feelings of shame and hopelessness?

Stand up to bullies.

Depression is debilitating. It’s important for us to offer a voice for those who have lost theirs, and to stand up to oppressors. We must go with our gut and remember the strength that comes in numbers.

Lock up guns and medications.

We need to make it our responsibility to keep these items unavailable to others. We never know what someone else is going through, and it is in everyone’s best interest if we keep our personal items that are capable of causing harm in safe places that are only accessible to us.

Not to sound like a broken record, but we never know what someone is going through—even people we see and interact with every day. Suicide and depression aside, this is something we should be practicing regardless. Love always wins.

If you or someone you know if suffering with depression or thoughts of suicide please call the toll-free National Suicide Prevention Lifeline (NSPL) at 1-800-273-TALK (8255), 24 hours a day, seven days a week. The service is available to everyone. 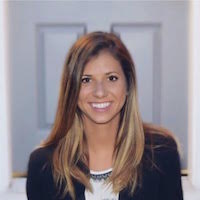