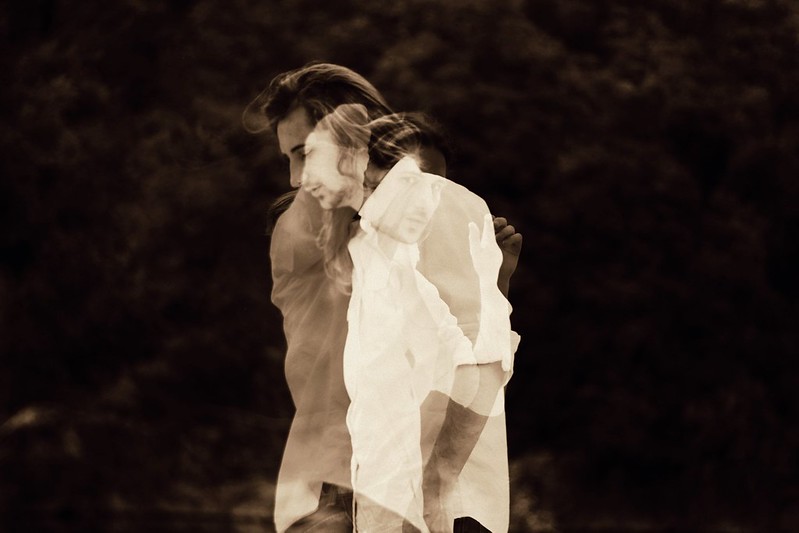 Rain soaked my favorite hoodie as I entered the building.

I’d been cramming for days for this last final—and had left mail and phone messages unanswered.

As usual, I picked up the college newspaper from a stack by the door. Dougie’s smiling face stared at me from the front page.

Leaning on a nearby wall, I folded over the paper in shock. Students shoved past hurrying to their classes. A graduate advisor noticed my crumbled form and put a hand on my shoulder. I showed her the article. Dougie was a former housemate. The last time I’d seen him was in a classroom yards away. He’d asked for help with a finance class, and though he seemed unusually stressed, I’d passed it off as normal. It was the end of the semester after all.

Friends would explain later that after a sudden breakup, and a booze bender, he attempted suicide multiple times. They’d stopped him each time, and thought they’d removed everything dangerous from the house. But no—they’d missed a rifle in the attic.

Before then, suicide seemed remote—now it felt close.

His death—by suicide. But the cause? More complicated.

He had a difficult childhood. According to a 2019 University of Manchester study, children who experience physical, sexual, and emotional abuse are two to three times more likely to attempt suicide later in life

Survivors of childhood trauma are also more likely to be dependent on alcohol. According to The National Institute on Alcohol Abuse and Alcoholism, “[in a] study of men and women in treatment for addictions, 62 percent reported having been victims of childhood physical or sexual abuse.”

And finally—alcohol is implicated in over 50 percent of all suicides, particularly in adolescents where 70 percent of suicides are complicated by drug and alcohol use.

Over the last few years of consistent yoga and meditation practice, I’ve begun to question whether alcohol fits into my otherwise healthy lifestyle. And six months ago, I stopped drinking altogether.

The realization that even though alcohol numbs us for a time, the depression that follows can be harmful, even deadly. As the book, The Naked Mind, states, “The high from alcohol really only lasts about 20 minutes, and following the release of dopamine, we sink lower than we were before. In fact, alcohol use can permanently alter brain chemistry, creating a much bigger problem than we originally started with.” 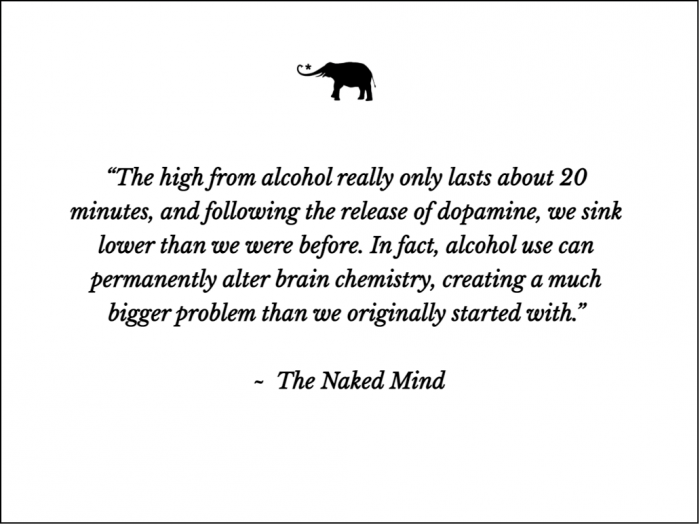 I’ve experienced this firsthand—most of my worst nights have come with a drink in my hand.

When my college housemate died decades ago, they said he committed suicide. Today the phrase “committed suicide” is frowned upon by mental health professionals because it suggests suicide is a sin, or a crime. “Died by suicide” is the preferred term.

The terminology change makes sense to me—because as illustrated in the statistics above—suicide may be more of an outcome than an act. More the result of childhood trauma, the effect of alcohol and drugs, or wounds left untreated.

Stories of those we’ve lost, stories of what we’ve overcome.

And remember—that we have no idea what people are living through.

So, we must make every effort to be kind, caring, and openhearted whenever we can.

It may make all the difference.

For anybody struggling with suicidal thoughts, please visit the Suicide Prevention Hotline. 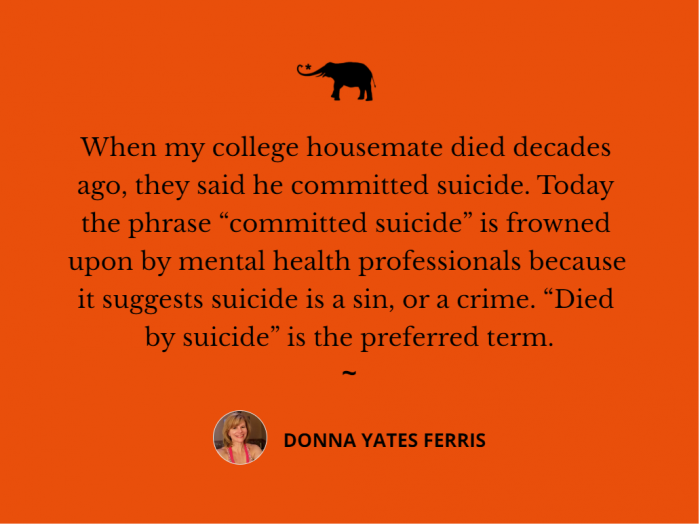