Some people believe that going vegan means a life sentence of bland, tasteless, and dreary meals.

But the truth is, going vegan has many advantages over eating meat.

Not only does it do away with cruelty and suffering for animals, but also helps protect natural habitats, addresses the climate crisis while improving global health by reducing greenhouse gas emissions.

For those who are aiming to lose weight or tone up, vegan food is an excellent way to go. Going vegan, you can find a variety of nutritious and tasty meals that are healthy as well.

6 ethical reasons why you should be vegan:

A study by the Food and Agricultural Organization of the United Nations (F.A.O.) shows that meat production is one of the major factors that has led to the loss of biodiversity and destruction of ecosystems at rapid rates worldwide.

According to F.A.O. statistics, livestock contributes directly to over 9 percent of greenhouse gas emissions, deforestation, and the area of land covered by concrete has nearly doubled since 1950.

The animal agriculture industry is also responsible for water pollution and the use of 80 percent of agricultural land. In addition, the abuse and slaughter of billions of animals each year for meat consumption results in the extinction or endangerment of many species.

A vegan diet is one way to lower damage to natural resources. Animal agriculture uses a great deal more land to grow crops for the livestock. An amount even greater than if we were to plant the food for direct human consumption.

A vegan diet is also one way to lower animal cruelty. Animals raised for food in factory farms endure horrible lives of horrific suffering. They are overworked, confined in tiny spaces, and often mutilated without painkillers or even anesthesia. They are subject to cruel slaughter methods such as debeaking, tail docking, and castration without pain relief.

Eating meat is one of the main contributors to global warming. The world has not done enough to reduce greenhouse gas emissions, and unfortunately, animal agriculture has not given up its biggest source of pollution—fossil fuels.

According to a report released by the Worldwatch Institute in 2006, the livestock industry produces almost 15 percent of human-generated nitrous oxide (N2O), which has 296 times more global warming potential than carbon dioxide (CO2). This means that eating less meat and more grains and fruits could help reduce greenhouse gases. In addition, livestock farming also contributes to deforestation and soil erosion.

A vegan diet is a healthy diet that can help with weight loss and better overall health. Vegans are not necessarily skinny and weak.

A vegan diet is rich in fiber, magnesium, folic acid, iron, and vitamin C. It helps regulate blood pressure and reduces cholesterol as well. People who switch to a vegan diet have shown significant health improvements such as reductions in risk of heart disease, Type 2 diabetes, obesity, certain types of cancer, and also high blood pressure.

Vegans report that they have more energy than before, as well as reduced fatigue that comes from eating too much meat or milk.

An important factor in climate change is food waste. A vegan diet has fewer animal products, thus reducing resources used for food production; less land for farming, and less water required for crops. Minimizing food waste decreases CO2 released into the atmosphere. This can help reduce pollution due to less packaging and transportation, which contributes to global warming.

Many people choose a vegan diet because of their strong concern for animal rights. Activists and organizations are trying to stop animal cruelty by prosecuting hunters, furriers, fishermen, and even laboratory researchers. Veganism is one way of protecting animals from cruelty and getting them out of harm’s way.

If people stop eating meat and other animal products, there will be less suffering and fewer animals will be killed for food.

How can you become a vegan?

>> To follow a vegan diet, avoid products that are made from animal products. Do not eat meat, poultry, fish, and seafood or buy clothing made from leather, wool, or fur.

>> Avoid food and drinks that are labeled as coming from dairy products or contain casein (milk protein), biscuits like Oreos, gelatin, or egg albumin.

>> Today, many vegan alternatives are available. For example, if you love cream cheese on your bagel, there are non-dairy cream cheeses that use soy milk instead of dairy milk.

>> It is also not practical for many people to go vegan overnight. Reducing your meat and dairy consumption is a good place to start. Being a “perfect vegan” shouldn’t be the goal, reducing our impact on this world and the suffering of animals should be our focus.

Many people go vegan for many reasons. The vegan diet provides various benefits and it is a healthy diet as well. You do not need to sacrifice taste for the sake of being healthy or staying in shape. There are a lot of vegan recipes available online, you have to simply search them and get the best benefits out of them. I’m sure you’ll love a vegan diet as much as I do. 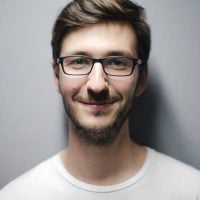 William Smith is a finance advisor, nature enthusiast with veganism as base philosophy. He is a blogger and owner of veganscult.com where he pins down his thoughts and endeav… Read full bio