I Decided to Die, I picked a Date, but I’m still here—& I am Grateful. 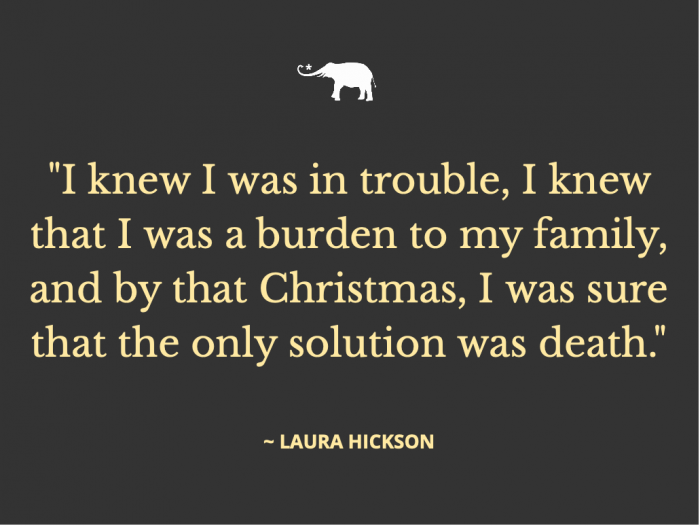 Eight years ago, I decided to die.

I picked a date that I believed would cause the least disruption to my family, falling exactly between the two birthdays of my brother and his wife—January 11th.

I wanted to let one birthday happen first and ensure that I would be buried or cremated, done and dusted, with plenty of time before the second, so that the other could have their celebration.

It’s easy for me to be glib about it now, being alive and all. I didn’t find it funny then and I still don’t.

I was and still am in many ways, an extremely lucky person. I had a home and a family who cared about me, and I still do.

I’m incredibly grateful to be here writing this, a postcard from a life that I simply wasn’t able to imagine during the awfulness of that time.

The summer before, I had abruptly cut short the trajectory of a life in Thailand, when I realised that alcohol and Xanax were not going to help me keep my grip on things. Fake friendships, all night drinking sessions, and the break-neck speed of the revolving door, spitting new people toward me and whisking them away again just as quickly, left me broke and exhausted.

I phoned my sister one night and begged her to buy me a ticket home, which she did. She also took me in, dressed me, got me a job, and put me on the straight and narrow. Then she had to sack me.

I didn’t care about the job or the fancy London flat that I had just moved into, but the deep and painful shame I felt for embarrassing her was a thing that quite literally paralysed me. I still get a small pain in my solar plexus when I think about that phone call.

I struggled to get out of bed and leave the house. I couldn’t make eye contact with anyone, bring timbre to my voice, or construct logical sentences. I couldn’t think about tomorrow.

I was encouraged to see a doctor. Whilst I hadn’t expected to need to state my case for antidepressants with any great passion, I was shocked to be standing on the pavement with the pills in my hand, less than 10 minutes after the appointment started. The whirr of the printer had begun before I’d even finished my first sentence.

I began the course of treatment and went to stay with my mother.

So now I was deep in the Irish countryside, up a lane, in the winter, without a car, without money, without hope. Some people, almost five million of them now, take an Irish winter in their stride. I have never been one of them. The naked trees and heavy, low, tin-grey skies squeeze the air from my lungs.

When I was a teenager, the endless succession of sunless days stretched out before me like a concrete, windswept, prison recreation yard, beyond which I could never see. As soon as it was legal for me to bounce a cheque and hop on a plane unaccompanied, I fled. First to the United States, later it was France, then Switzerland, then Spain, and finally I washed up in Asia.

My siblings have often accused me of just not being happy anywhere. To this I always replied that I was happy everywhere I went, until I wasn’t.

Looking back, I can see the arc of depression like the line of a charcoal pencil on the wall of my life since my university days. Some parts of the line are dark and heavy, others light and almost invisible, like the figures of Egon Schiele.

That winter, the whole wall was black. The pills made me feel like I was living underwater. My body was heavy and my mind clouded. A previously expressive and incredibly engaged person, I began to feel locked inside my own body. My mind had become my enemy. “It will get better,” everyone said, but I was getting worse.

Shame is the most dangerous and debilitating emotion of all—it triggers a stress response chemical reaction in the body. Over time, the body becomes addicted to the hormones that it produces. Shame also facilitates silence. I knew I was in trouble, I knew that I was a burden to my family, and by that Christmas, I was sure that the only solution was death. So, 11th of January it was.

I used to think that when a person felt suicidal, they would go around telling everybody, rope in hand, rattling the pill jar in people’s faces, or climbing onto bridges to scream into the night air, “I’m going to do it, I am!”

But, deciding to die brought me a sense of calm. For the first time in months, I felt enormous relief. I was serene. I was, and this is the really weird part, happy. Not happy enough to not want to die, but happy enough to look for and find a yoga video on YouTube and begin doing 10 sun salutations a day.

I don’t know why or how it happened. It can only have been a small miracle—the faint but persistent voice of the self, asking to be allowed to live.

I know it doesn’t make sense, but I think having decided on the date of my death, I figured I would fill my time doing something nice.

One surprisingly sunny morning in the new year, I began. Here’s what happened:

I didn’t experience an earth-shattering epiphany, but I was consistent, and gradually, each day, I began to feel a little bit better. A little bit better is enough, more than enough—it is everything. It doesn’t matter if it’s a millimetre or a mile, if it’s moving forward, it is progress—it is salvation.

I’m writing this eight years later, from a city where the sky is a brilliant, cloudless, cobalt blue for about 330 days a year. The sun shines for 3,400 hours a year, and the last time it snowed here was February 1954.

My sister and I both have better jobs and better houses—better lives. I live by the beach. I do yoga almost every day. I’m not posh or incredibly skinny, and I cannot do handstands or arm balances.

Since that winter there have been tears and crises, highs and lows, because that is what life is like. I accept it.

Each and every time I do a sun salutation, it is a prayer of gratitude. I say thank you to myself and to all the people who have ever loved me. 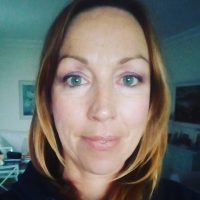 Laura Hickson is an Irish teacher and artist, living in the south of Spain. She studied English Literature and History of Art at Trinity College Dublin. She is passionate abou… Read full bio