I am Not a Pushover, I just Tend to Avoid Drama.

I can stand up for myself, damn it.

For longer than I can remember, I’ve been called “too nice,” “the quiet one,” “the easiest friend to be with,” and so on.

I never took those attributes as offensive, as long as they were not associated with accusing me of being a pushover.

Nowadays, it is certainly important to be assertive (perhaps, it’s been important since Earth came to be), and sometimes, any sign of refraining from saying what’s on your mind can be taken for weakness or, God-forbid, cowardice.

But is it really that important to argue and say what’s on your mind. Every. Single. Time?

But I don’t get arguing when the barista is so swamped with work that your order takes a bit longer than usual to be served.

I don’t get arguing when your friend makes a mistake during a friendly board game.

I don’t get arguing when an old sickly woman asks to take your seat on the train.

I don’t get arguing when it’s not worth it.

That’s not being a pushover. That’s being drama-free.

According to Lifehack, some of the signs that you may be a pushover are:

>> You are always the one apologizing. (I might actually be guilty of that. Sorry!)

>> You find yourself at events you didn’t want to attend.

>> You’re constantly trying to please others.

Now that I am rereading this, I realize that I may have been this person a while back. I used to let people walk all over me like a doormat, unconsciously feeding the part of me that I hated the most—being a people pleaser.

And I didn’t allow that to turn me into a person who argued her way out of everything and wasted her energy fighting for something that is of little worth.

I finally chose to become a drama-free woman, seeking to make use of her time for things that mattered. We live, and we learn!

Slowly, as I drifted away from people-pleasing, I learned a few things along the way toward living a drama-free life:

1. I breathe before reacting.

I doubt there’s a human being on Earth who never has the urgency to react when something triggering is being said to them. One word can drive our minds into a frenzy, and we lose all sense of consciousness. Our ID (the primitive and instinctual part of the mind) takes the wheel; loud voices, curses, and hand motions follow. Sometimes, even physical fights are at hand.

But after the fight is over, what do we do? We either regret it, try to repair the damage, or walk out victorious.

To save myself the trouble of regretting anything or causing a damage beyond repair, I usually breathe before speaking or reacting—still working on it. This is a mindful practice to avoid a problem before causing it or willingly diving into it.

I learned this the hard way after many years of reacting like a mad woman over trivial things and arguing with my parents or my boyfriend, then calming down after 10 minutes, and pitifully trying to repair the damage.

This way, as I breathe, I learn to become the calm one with a great awareness in a conversation of two. And if the person you’re arguing with is someone you don’t really care about, then breathing will allow you to come up with wittier rejoinders.

This brings us to the next point.

Choosing not to make the decision on where we should be eating tonight or who should’ve won America’s Got Talent saves me the trouble of wasting my breath on something that won’t matter in a couple of hours.

But I wouldn’t let my friends get into a car and drive at full speed. I would argue against any misogynistic comment. I would continuously and incessantly fight with my friends if they decide to gamble their life away. And I would definitely fight for my rights as a human.

Pick your battles and let them count. Don’t waste your voice and energy on things that have no value just to say that you are opinionated and strong.

3. I don’t dramatize every “problem.”

No. I’m not talking about people-pleasing.

Here’s a small example of what I mean. I’m with a group of friends, and we all decide to go get some ice cream. I like the lemon flavor, but the place they choose to go to only has strawberry-flavored ones. Strawberry ice cream doesn’t make me gag or sick. Strawberry ice cream is quite delicious as well.

Do I nag, argue, and make everyone miserable and forced to sit for another hour to choose a place that would cater to us all?

That wasn’t a rhetorical question. The answer is most definitely no.

On a final note, the point of this article is not to say that we need to be silent all the time and let everyone decide everything for us.

What is vital to remember is that we each have our own opinions, but we don’t have to argue our way in or out of everything.

We can discuss our needs. We can suggest our thoughts. We can come to an agreement that might please both parties instead of bending every person we know to our will.

This is not being a pushover. This is living our lives free of unnecessary drama. 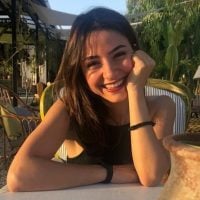