It’s Cuffing Season: 7 Ways to Know if You’re being Used as a Cuff. 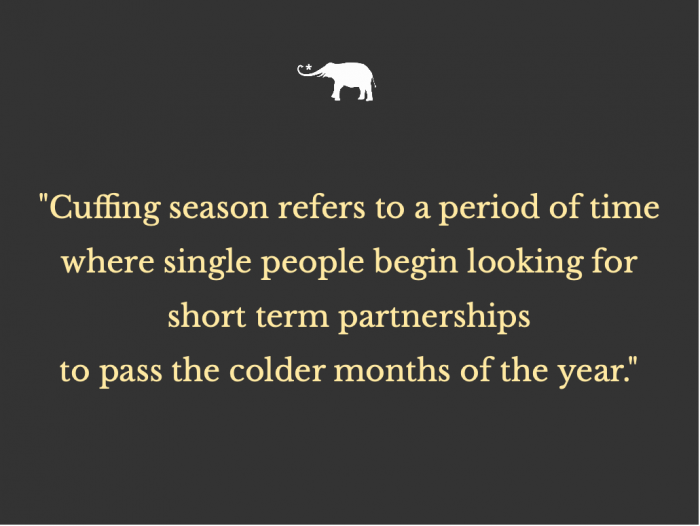 If you’re single, you’ve likely upped your swiping activity, joined dating apps, and are preparing yourself a cuff for the colder months.

No, I’m not talking about fluffy handcuffs and some kinky fun! Cuffing season is the time of year when singles work their hardest to meet someone.

The cold weather kicks in, the evenings shorten, outdoor activities become less available, and singles become more lonely and sometimes feel a more desperate sense of longing for a companion. It makes sense; we all want someone to keep us warm at night. So, they up the ante on finding someone to snuggle up with for the next six months.

And rightly so—facing the big holidays on our own can feel like sh*t. Especially with aunts, uncles, cousins, and God only knows who else asking if we’ve met someone yet. Or worse, offering unsolicited dating advice and telling us stories about how so-and-so met, and that so-and-so are now expecting their second child. No one wants to be on the receiving end of that—so we cuff from October to March, getting through all the major couple holidays and freeing ourselves again in time for summer.

We are conditioned to believe that holidays are meant to be shared with a significant other and that being in a relationship will bring us more joy. And let’s not forget that kiss at midnight on New Year’s Eve. All of this leads to us kicking into cuff mode and settling down quickly, even if that means accepting less than we deserve.

In the midst of everyone cuffing up for the winter months we might meet actually someone we really like, but how do we know if we’re being cuffed, or if there is genuine potential?

Here are 7 ways to know if you are being used as a cuff:

No one wants a pen pal on a dating app, but it’s normal to message for a few weeks before deciding whether or not to meet up for a drink or coffee. During cuffing season, there’s a lot more urgency. Cuffers don’t have time to waste and they want to meet up straight away and settle down just as quick. If it feels like it’s happening fast and the pressure is on, it’s a sign that you’re being used as a cuff.

2. They don’t have single friends.

Being the only single one in a group of friends is hard! And if they don’t have any single friends, the chances are they are down for a relationship right now, without really getting to know each other or think things through. They could be looking for someone to bring on nights out to rebalance the friendship group.

3. They’re making holiday plans for you as a couple.

Meeting the family is a big deal—a really big deal. If there are early plans to meet each other’s families, or they’re making plans as a couple for the holiday season, and that feels premature, then you might be being used. They may be looking for a placeholder so they can avoid the dreaded questions that they usually get asked. If you’re being introduced to the family in the early stages of the relationship, it’s likely a cuffing.

4. Netflix and chill—but nothing else.

In the early days of dating, it’s essential to get out for dinner, do activities together, and get to know each other in different environments. It feels good to dress up, make an effort, and go out—and sex is always better after a romantic evening spent building your connection with each other. If you’re mostly at home watching movies, cuddled up on the couch, this doesn’t say romantic relationship—it screams cuffing.

This is an awkward one. Ever had a friend confess their undying love for you out of the blue? It might be an innocent show of love, but if there hasn’t been a sign of interest before now, and it’s coming into winter, your pal likely wants to temporarily settle down with you as their cuff.

6. Exes coming out of the woodwork.

Classic cuffing. When an ex suspiciously slides into your direct messages, they’re almost certainly on the hunt for a cuff. If you want to test the waters with them, by all means do—just don’t be surprised if they drop you in spring.

7. They’ve made plans beyond March that don’t include you.

It’s been a whirlwind romance; you’ve met each other’s families, spent an enormous amount of time together over the holidays, and now you’re beginning to think that this has real potential. You find yourself dreaming of a holiday together—maybe the Algarve, or Tulum. But then you find out that he’s off on a lads holiday, and has no plans to go away with you. You’ve been cuffed.

Cuffing is not all bad. If both people know that it’s a temporary relationship, then there’s less pressure, and there are advantages to settling down for the colder months. Plus, you never know, it might develop into something real once you get to know each other.

But, during cuffing season, we tend to ignore all the red flags and settle for someone we aren’t compatible with. We might overlook things that would usually be deal breakers for the sake of having a relationship, and this is a recipe for heartbreak.

While cuffing season is on, don’t forget that being single is fun! You don’t have all the regular attachments and obligations that couples do—you get to march to the beat of your own drum. Shrug off the obnoxious questions about your love life and don’t let them get to you. You never settled and that’s massive. Spend the money you would have spent on presents for your significant other on buying even better gifts for yourself, and organise something special for yourself for new year’s eve and Valentine’s day—because you deserve it.

If you’re really struggling with relationships and loneliness issues, then talk to a friend, therapist, or a coach who can help you find more joy in your life. You don’t have to be lonely just because you are alone. 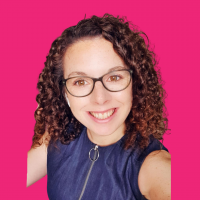 Christina McLoughlin is a Manifestation and Mindset Coach and a writer. She helps women create power mindset shifts so they can create their dream life. Head to her website or… Read full bio