Just-Sitting Meditation: Finding the Balance between Doing & Being.

Zen Buddhism is well-known for its focus on meditation and its mindset of letting go and being in the moment.

I have personally gained a lot from the expansive sense of awareness that it promotes and how it relates to being and doing in life.

There are different methods of meditation used in the wider “Zen” tradition, from breath meditation to koans to “just-sitting.” In my 20 years of sporadic experience with Zen meditation, I have developed an inclination toward the last practice. In this practice, the task is just that: to sit.

Just-sitting as a practice is slightly different in Japanese Zen and Chinese Chan where it originated. Sheng Yen, who played a big role in reigniting the Chan traditions of China, explained the practice of just-sitting or “silent illumination” as, “It attends to the body and its sensations—to the whole of the body engaged in the act of sitting, nothing more. Individual sensations will come and go, but they should be experienced as an integral part of the whole.”

As Sheng Yen says, this can be a vague task, so he recommends two ways of making this body awareness more tangible: by focusing on the breath or by focusing on the body’s weight. However, these two things are meant to help us become more aware of the body as a whole and are not to become one-pointed fixations. This is how the Chan practice of just-sitting differs from Vipassana meditation, which is more focused on scanning specific sensations all around the body.

On the other hand, the equivalent practice of Shikantaza in Japan is to sit without focusing on any particular object. You focus on anything that comes to your awareness: thoughts, the body, outside sounds. Just-sitting in this way is not focused solely on the body or the act of sitting.

These two approaches to just-sitting meditation, while similar, have a subtle difference in focus which can be explained by looking at the way we talk about “sitting” in the English-speaking world.

These two grammatical ways of describing sitting point to something interesting. In one sense, sitting is a state, and in another sense, it is an act.

We spend all our waking hours doing something, whether it be working, eating, waiting, watching TV. Meditation is seen as a way of transcending this world of actions and instead, just being. The seated position is the most commonly used for meditation because it enables the meditator to suspend their involvement in the world and just be.

But when it actually comes down to it, we can’t escape this world of doing. As long as we exist on this material plane, we will always be doing something. And even when it seems like we are doing nothing, like waiting, we are in fact doing something. So when we are seated in meditation, we are doing something: we are sitting. The practice of just-sitting is then to pay attention to the simple and subtle of actions and our state of being.

The practice of just-sitting helps us understand a deep aspect of meditation practice and meditative living. It helps us question whether our meditative practice is seen as a state or an act. But it also helps us see the connection between states and actions. Because we are materially embodied beings, who live in a world of flux, we can’t avoid the act of doing. But through inner practice, we can harmonize our beings with what we are doing.

In this way, practices such as qigong, tai chi, and hatha yoga may serve as an important bridge between meditation on the cushion and life out in the world. Often the meditator can find it difficult to carry her state of mindfulness with her into the world whereas when seated in the lotus position she is able to maintain her awareness. These slow-moving activities may serve as a way to hinge being and doing together.

This takes us into Taoism which many believe to be the other parent of Zen Buddhism, as Buddhism entered China from India. In Taoism, wu wei is to “do nothing.” What it means is that when we act, it is as though we are doing nothing because we are not insisting on the outcome. It is often called “effortless action,” but this is not true either. The Taoist martial artist does exert effort in his or her training and does have an intention. But beneath this focus of the will is an overarching calm that does not insist on an outcome, though it works in a certain direction.

I find that both the Chan and Zen approaches to just-sitting can help us experience life with integration. They can help us to harmonize our lives in terms of doing things in the world and being in the world. While it’s important to forge our meditation practice on the cushion, it’s also vital to carry it out into the world in whatever we are doing. 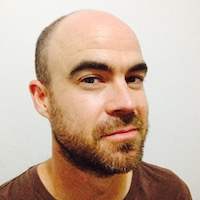