The Curious Parallels between Polyvagal Theory & Law of Attraction. 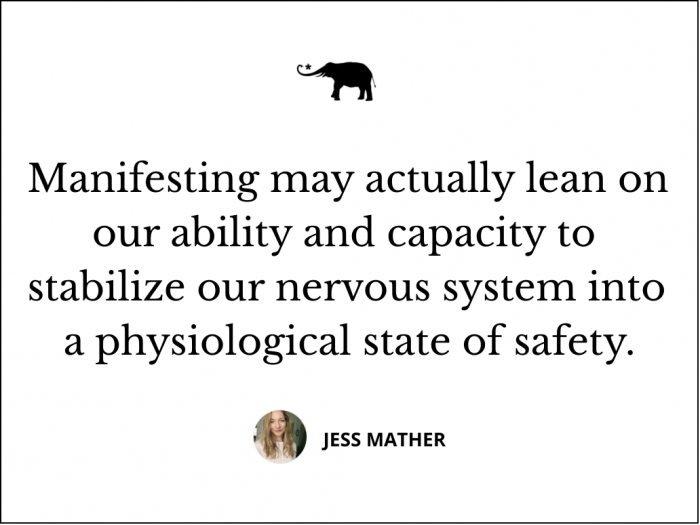 If you’re into the odd and compelling connections between science and spirituality, this piece goes into a curious dive between the parallels of neurophysiology and law of attraction.

My professional studies of evidence-based and scientific practices in trauma healing and chronic pain relief have been fascinating, but even more so when I discovered their links with spirituality, law of attraction, and manifestation.

I’ll be comparing the links between neurophysiology and spirituality by peering into Stephen Porges‘ work in polyvagal theory and nervous system regulation, and Abraham Hick’s work on manifestation and law of attraction. Perhaps science and spirituality might be friends after all.

To get started, Hicks often references this place called the ” vortex.” It’s where things feel good and flow easily. In this place, we have very little resistance and struggle, we have more spontaneous, solution-based ideas, and there’s a high degree of self-assurance and security in ourselves. Hicks refers to it as being “tuned in, tapped in, turned on.” This is where the good stuff happens under the concept of law of attraction.

Let’s now look a bit at polyvagal theory. This theory, in a nutshell, looks at how the vagus nerve impacts our emotional regulation, social connection, and survival responses of fight, flight, or freeze. Under polyvagal theory, we have a physiological state of safety called “ventral.” In ventral state, things feel good. Because our nervous system isn’t in a state of protection, our view of the world is positive, we have access to more creativity and ideas, and connection to ourselves and others feels easy. In this state, our body will feel relaxed, grounded, and safe, with a bigger capacity for pleasure and play.

Hicks also states, “moving into the vortex is where life is lived.” A ventral state is an aware, relaxed state that allows us to be present with life, instead of the anxious, isolating, or depressive states of fight, flight, or freeze.

When Hicks offers cues on how to enter the “vortex,” (or as we may now suggest, entering a “ventral state”), they name meditation and napping as two primary solutions. Both of these methods naturally shift the body into the parasympathetic state of ventral.

In addition, Hicks relays that it isn’t feasible to be “in the vortex” all of the time. Rather, it’s a natural human phenomena to move out of it. Those moments afford us contrast. Similarly, when it comes to nervous system regulation, our objective isn’t to necessarily be in a ventral state all the time. We want to move toward that state because it’s enjoyable, effective, and therapeutic, but we have to also accept that stress will happen. Our job isn’t to bypass it or stuff it away, but rather use those periods of hardship to make us more resilient and fuel our next best course of action.

Hicks also talks about emotions being the “indicator” whether we’re in the “vortex” or not. In nervous system regulation, we see a similar trend. When we feel negative emotion, our physiology is likely responding in kind by tipping out of our relaxed ventral state. We can use our emotions as an indicator to use our tools to bump us back in there.

Hicks has suggested that diverting our attention elsewhere can be a strategy to move negative emotions. In regulation work, we use a similar strategy called “orienting.” In fact, within some trauma training, there’s this concept of two vortexes. One is red, and one is blue. The “red” is what I’ll refer to as “the spiral,” where our mind spins in stress and overwhelm. The “blue” is positive, or at the very least, neutral. When we move our attention even just a little toward what is “blue,” our physiology gets a brief window to shift into our ventral state of safety. The more we practice orienting to “blue,” the more our system becomes patterned to do so, and “seeing red” will reduce. In other words, our ability to stay positive under stress or poor circumstances will become easier and more natural.

Speaking of orientation and focus, there’s also a curious part of the brain called the RAS, or the reticular activating system. It’s the thing that kicks in when you start shopping for say, a particular kind of car, and then you start seeing them everywhere. This RAS will act as a filter for that which you’re focusing on, and you’ll notice it more readily in your environment. The RAS also seeks information that validates your beliefs. In other words, what you believe and feel is what you’ll quite literally see and get more of. Sound familiar?

Another piece that Hicks will mention is that most people don’t hang in the “vortex” all that often. Instead, many are just reacting to their environment. Through the lens of polyvagal theory, we might gather that a large bulk of people are living in states of survival, old patterning, and reactivity. It takes a level of conscious, intentional, and focused effort to bring our system back to physiological safety, and therefore, back to a place of goodness, play, presence, and receptivity.

With that, Hicks relays that moving back into the vortex doesn’t have to be this painful process, especially because you know you can do it. This relates to the concept of “resourcing” in therapy, meaning, having the ability, tools, and capacity to regulate and stabilize. Beautifully enough, both camps focus on the ultimate intent of personal power and resilience.

To conclude, law of attraction and manifestation may actually lean on our ability and capacity to stabilize our nervous system into a physiological state of safety.

Our world can absolutely open in beautiful ways when our system isn’t locked into states of survival and stress, and we establish safety and well-being as the new normal. 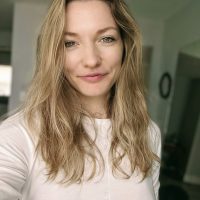