We’re not gonna take it: the Reason behind America’s Worker Shortage is Not What you Think.

Almost every day on Facebook, you will see an exasperated member of the Baby Boomer generation posting about the hardship of not being able to get a table at Olive Garden because only two servers showed up for work.

These lazy young people (the theory goes) just want the free money that the Democrats are handing out in the form of bolstered unemployment insurance. These darn whippersnappers have gotten so used to receiving $700 a week playing video games that they are not willing to go back to those greasy, abusive kitchens to earn $500 a week instead.

I mean, who can blame them, right?

And were that actually the case, it would be hard to argue in defense of anyone taking less money for more effort. There is literally no one willing to face losing the electricity in their house so that perfect strangers might think they are industrious.

Like many social phenomena, there are two sides to this argument. There is the facile and black-and-white version. And then there is the truth. The truth—made entirely unpopular by the fact that it is more complicated and involved than a misspelled meme can possibly explain—is still worth looking into.

I have spoken to a few different people over the course of six months who have told me their story of why they are no longer at the local Chipotle, Applebees, and home health aide agency. Let’s keep in mind that prior to the advent of COVID-19, each of these people took home less than $600 a week. This is in the Hudson Valley, where you’d need about two of those paychecks to cover the cost of a one-bedroom apartment. Needless to say, the other two weeks of earnings would need to cover health insurance, car insurance, food, electricity, internet, clothing, household expenses, car payments, student loans, and other incidentals.

Beginning to see an issue yet?

We are talking about a large class of people who spend their days behind the financial eight ball. The alarm goes off, and they need to wake up knowing full well that they are not going to be able to cover the most essential expenses for survival. This might explain why when you walk into the average Wal-Mart, you don’t see too many people whistling a tune while they stock the shelves. 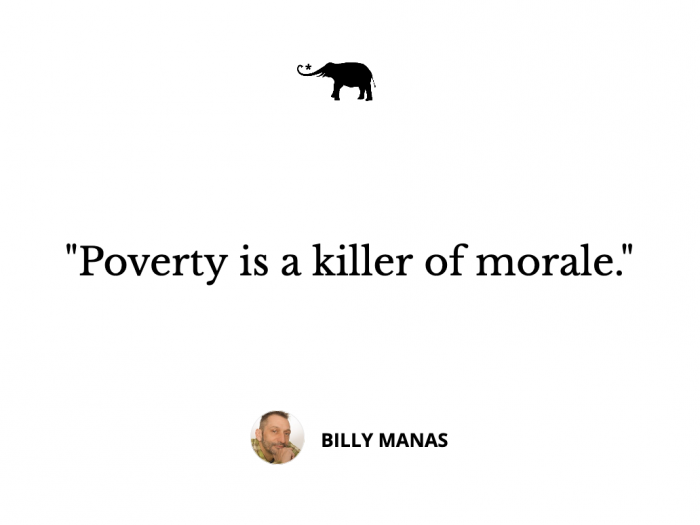 So I will introduce you to three different stories to help explain where all the restaurant and service slaves “disappeared” to:

Maria was a top-notch waitress for a mid-level restaurant in town. She worked real hard, and her job required her to be fully attentive to three or four tables at a time. Then there was side work and various cleaning duties. She earned more than most waitstaff in the area and sometimes brought home $700 a week. The much bigger paydays in the summer balanced out the lackluster ones in the winter.

When Covid came to town, she had to deal with many different stress factors: the fear of becoming infected, unannounced closures when the state locked down, and basically no pay when they opened back up for take-out only.

Eventually, Maria began selling explicit content on OnlyFans to cover bills when things got bad. Private messages from fans offering her large sums of money for “in-person” visits changed her income level by leaps and bounds. She began to earn about $2,000 a week for only a handful of hours. When the restaurant called and asked her to come back (a quarter of the pay and four times as many hours), it was a hard “no.” She felt more exploited at the restaurant than she ever did as an independent sex worker.

Julia was waiting tables at a chain restaurant, and it was a lot of the same story:

“People would come in and demand to see the manager when you informed them that they were required to wear a mask. They’d want to engage you in conversation about the logic of wearing masks here but not there or whether the virus was man-made. Meanwhile, the chef would be slamming on the bell, a table would be screaming for their side of ranch, and other people would stand at the register trying to pay before I added their check.”

Eventually, she took both of her stimulus checks and started buying antique furniture. She would refinish the pieces and resell them. You will not find Julia at that restaurant anymore. In her own words, “Covid was the best thing to ever happen to me.”

Samuel had two kids and was trying to make ends meet as an assistant manager of a nationally known fast-food chain. As more and more of his staff stopped coming in during the height of last year’s pandemic, his job became untenable.

With the amount of time he spent between covering shifts and interviewing new hire prospects, he realized he was making less than the fry cook. He looked into getting a grant from the Department of Labor to go to CDL (Commercial Driver’s License) school. In a few month’s time, he was able to change careers and earn twice as much.

There is no white-washing the tragedy of the pandemic; however, as is the case with much of life, there are generally collateral effects, and some of them are not all bad. That is, of course, unless you’re waiting for your plate of chicken saltimbocca for so long that you wind up missing Jeopardy.

But when you think of the many people who were able to improve their deplorable quality of life, you can console yourself with the thought that you’re taking one for the team.

After all, we’re all in this together, no?