When you have a Child, you are Raising an Adult & other reasons I am Pro-Choice. 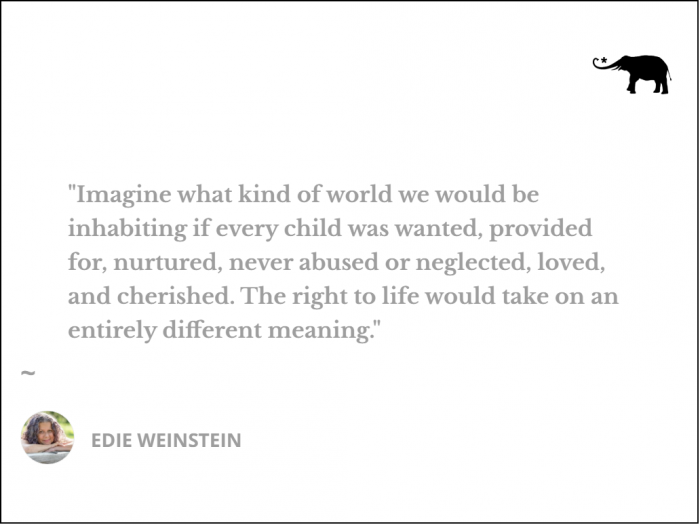 I am pro-choice, not pro-abortion, although I know, love, and support several in my life who have had to make that difficult decision.

It was not one that they made lightly. Many who say that they are pro-life are merely pro-birth and are not in favor of sex education, contraception, and taking care of the needs of every child.

As a wise young woman told me many years ago, when you have a child, you are raising an adult. She had an unplanned pregnancy in her teens and then miscarried. There were equal parts grief and relief, since she knew she wasn’t equipped to raise that adult. Yes, carrying to term and adoption was an option, but she didn’t feel emotionally able to do that. That is the case for many.

Like nearly everyone I know, I am horrified as the rising tide of control of the reproductive organs of potentially pregnant people threatens to drown anyone who discovers they are pregnant six weeks after the event itself. Senate Bill 8 (SB-8) was signed by Texas Governor Greg Abbott in May 2021 and was declared law this past week. Referred to as a heartbeat bill, it implies that once a heartbeat is heard, all choices of whether to end the pregnancy are no longer available. This could occur even before the person knew they were pregnant.

The Supreme Court rejected the call to block the law in a 5-4 ruling. Three guesses on which justices voted which way, and the first two don’t count. The ruling was not on the merits of the law or the Roe v. Wade decision that made abortion legal in the United States and has stood for 48 years.

Justice Sonia Sotomayor wrote what is being called a “scathing dissent” as she called out her conservative colleagues for not voting to strike it down:

“This equates to a near-categorical ban on abortions beginning six weeks after a woman’s last menstrual period, before many women realize they are pregnant, and months before fetal viability.”

Leaving the state to travel somewhere where a procedure is safe and legal is not an option for most who find themselves pregnant. This law will not stop abortions; instead, it will turn back the clock to a time when “back alley” interventions were deadly.

The Texas Medical Association stood on the side of reproductive freedom. “Enough,” the organization wrote in a statement:

“The Texas Medical Association supports our physicians specializing in women’s health and opposes legislation in Senate Bill 8 of Texas’ 87th legislative session and Senate Bill 4 of this special session. SB 4 contains language that criminalizes the practice of medicine. Both bills interfere with the patient-physician relationship.”

I’d shared a thought on a Facebook page that is dedicated to the work of Ruth Bader Ginsburg in response to a meme going around that reads: “He who hath not a uterus should shut the hell up.” ~ Fallopians 13:13.

The legal icon and champion of the rights of all, regardless of gender, had this to say about reproductive freedom:

“The decision whether or not to bear a child is central to a woman’s life, to her well-being and dignity…When government controls that decision for her, she is being treated as less than a fully adult human responsible for her own choices.”

My observation stirred a great deal of conversation on the page:

One person who responded corrected my language indicating that it needed to be trans/non-binary inclusive. As aware as I am, with people in my life who are trans and non-binary, there are times when I miss the mark in terms of my language. Here was my elucidation: “To clarify, whether or not people who have organs that allow them to potentially get pregnant, they have no right to make a decision about anyone else’s potential pregnancy and what they choose to do about it.”

Additional reasons I am pro-choice:

>> This law and others that might follow are not merely a “noble” attempt to save the lives of the unborn, but a means of controlling the lives of those who possess the reproductive organs to potentially give birth.

>> I have heard and read stories of rape, some by incest, that resulted in pregnancy. Beyond the devastation of having body sovereignty ripped from them is the reality that the victim would be compelled to carry the perpetrator’s child to term.

>> How many who oppose abortion support a safe, healthy life for the children who are already alive? Are they in favor of programs that provide food, shelter, and clothing? Are they only interested in the well-being of children whose skin color, culture, or religion matches their own?

>> As conscientious and careful as people may be, contraception sometimes fails.

>> Sex education in schools is primarily abstinence-based and an abject failure.

>> There are some who are a thread in a multi-generational family abuse quilt.

>> Raising a child is an awesome responsibility, one not to be entered into lightly. I wonder how many people think it through and consider that it is a lifelong commitment.

Imagine what kind of world we would be inhabiting if every child was wanted, provided for, nurtured, never abused or neglected, loved, and cherished. The right to life would take on an entirely different meaning.