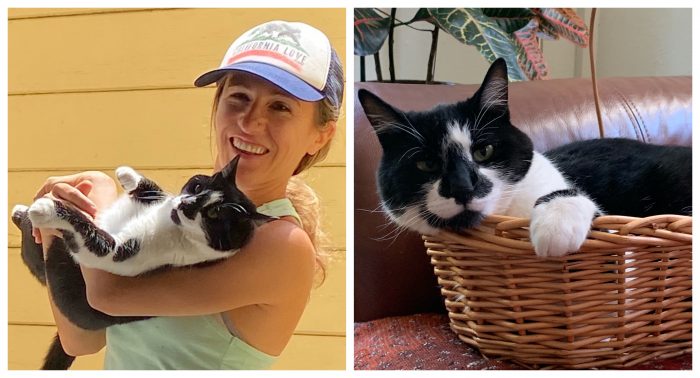 One night, almost two years ago, I awoke to the sound of the neighbors I share a wall with having sex.

My first reaction was to pull the covers over my head and attempt to ignore it, but 10 minutes later, sleep continued to elude me. In fact, the more I tried to block out the noise, the louder it seemed to become.

Knowing that in seven hours I’d need to be awake to interpret an important surgery, my mind entered panic mode.

I took some deep breaths. I attempted to meditate. I practiced all the “tips on getting back to sleep” I’d given to myself in the past—but still, sleep didn’t come.

As worried thoughts continued racing, I felt the slumbering ball of black and white cat nestled between my legs begin to stir.

As if hearing my call, Clyde uncurled himself from his rolly-polly position of repose. Then, slowly, with careful placement of one paw in front of the other, he moved his way up toward my left ear (the one absorbing the majority of the sex noise). Once there, he laid down over it, blocking out the sounds with his purring body.

Not long after, I fell back asleep.

A year or two before this, Clyde’s owner—who’d been living in Israel at the time—was washing dishes one afternoon when a scrappy, cow-spotted fur-ball fell through her open kitchen window and into the sink. Covered in soap suds, the ball looked up at her and meowed.

A year later, that fur-ball and his owner moved into the house I shared with three other roommates.

With his white paws that looked like little boots against his otherwise black legs, a face reminiscent of a Rorschach (the psychology test wherein participants ascribe their own meaning to neutral ink blots), and a sensitive, exploratory nature, it didn’t take long for Clyde to knead out a place in my heart.

I appreciated his inquisitiveness: how, ever curious, he would watch fixedly from the corner when I did yoga in the living room (particularly intrigued by “awkward airplane” pose) before finally approaching to circle my legs and paw at the cushy lime-green mat. The backyard, with its variety of plants and vegetation, was the apt exploratory ground for a feline with such qualities. He was also constantly putting his head inside our houseplants to investigate their smells and textures.

Clyde looked like various animals depending on the activity he was engaged in: a killer whale when vigorously biting things; a koala bear when latching onto an item with his paws; an otter when on his back elongated with a toy clutched against his chest; and, with his black spots, a little cow doing pretty much everything else (prompting his nickname of Little Cow).

Still, like many cats, Clyde could be inconsistent, and for every moment like the one I described above, there was a time he’d run away from me, respond apathetically to my loving scratches, or simply stare back blankly while my eyes beamed with unreciprocated affection.

The start of the quarantine was one of those times wherein Clyde bestowed much of his indifference upon me. Now with plenty of people suddenly present to give him attention, I became less necessary.

One of those people was Adriana, my housemate’s mom visiting from Colombia—who, after being required to shelter in place threw a wrench in their original plans to travel through Mexico, found herself quarantined with her daughter, her daughter’s four housemates, and the house tuxedo cat.

Adriana beautified our home with her paintings of colorful outstretched hands, crashing waves, and rustling leaves. She cooked us delicious mojado, Colombian beans, and lomo saltado. She told stories about her days as a young woman protesting the government back in Colombia and traveling for a gymnastics team.

Perhaps most notably though, Adriana quickly became part of the Clyde care squad. Doting on him and cooing affectionate Spanish nicknames, she showered Clyde with love while strengthening his Spanish proficiency (between that, my English, and his owner’s Hebrew, he was well on his way to becoming a multilingual cat).

Even after she tried giving him a bath in the backyard one day (which Clyde did not take well to), she still seemed to remain at the top of his list of preferred humans.

At the start of shelter in place last March, I expressed hope that maybe with the world on pause, people would reconnect to what matters most in this life: the relationships we have with one another; meaningful conversations; the art of listening; tender care of our minds and bodies.

Time with Clyde helped me onto this mode. He often reminded me to slow down. He encouraged presence. There was never a moment I wasn’t genuinely excited to see him or didn’t drop what I was doing to go hug him. My voice softened whenever he entered the room, and any emotional load I’d been carrying would temporarily lighten.

Multiple housemates referred to Clyde as the glue of the house, and I don’t dispute this. That he infused our lives with joy (while filling our rooms with copious amounts of cat hair) is to me undeniable.

A couple of months before moving out, I ordered a coffee mug to remember him by. In the picture on one side, he is full-fledged yawning under the word “Catfeinate”—tonsils fully exposed, eyes completely closed. The photo on the other side shows him caught mid-yawn beneath his alliterative full name written in cursive—eyes squinty, mouth half open, front teeth bared in a way that makes him look lazily carnivorous, perhaps defending against a monster (or the neighbors’ bully cat) in his sleep. 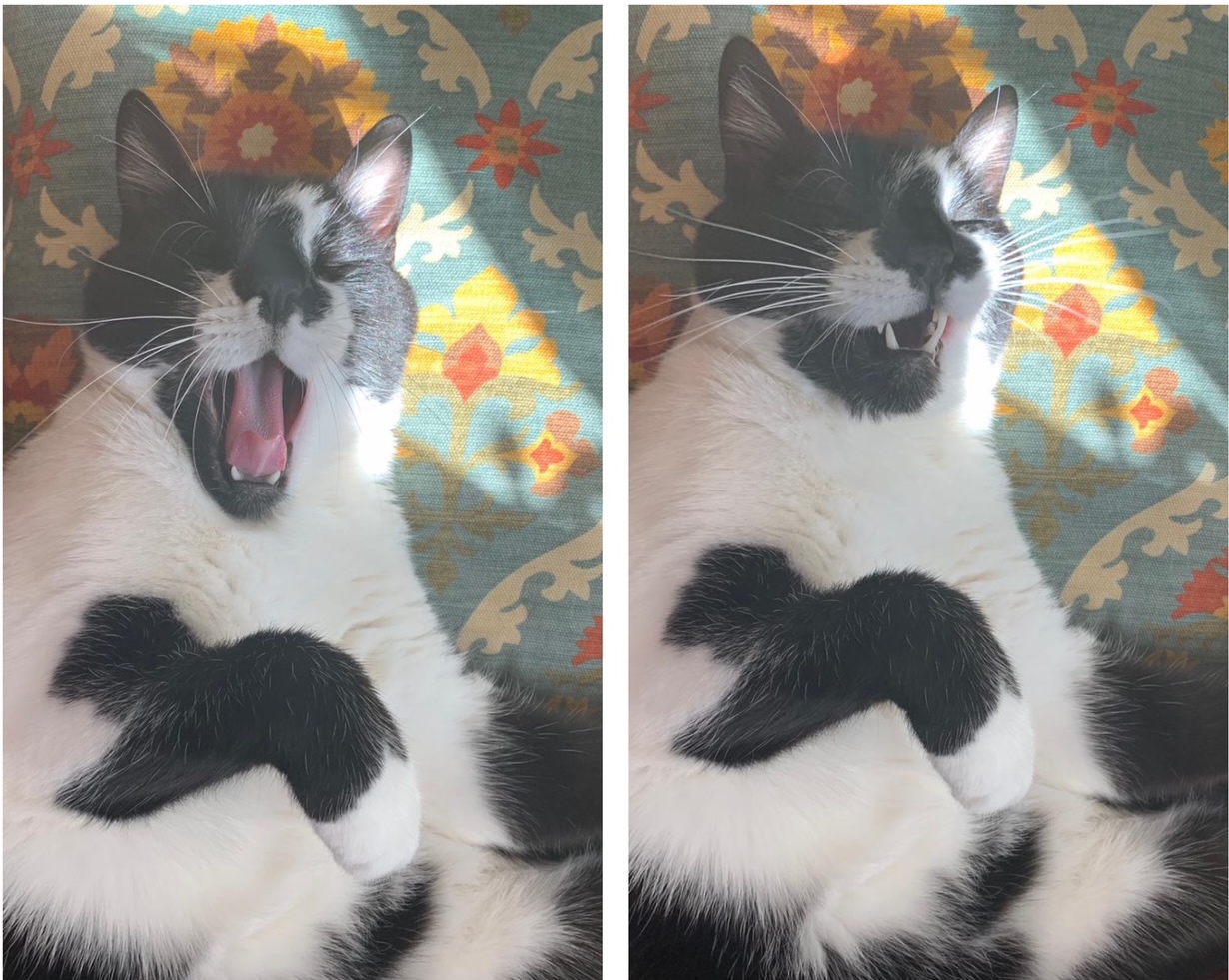 I ordered it because I knew Clyde wouldn’t be in my life forever; there came a time to say goodbye. And now that I have, at least I carry with me something to remember him by.

Five, ten, or however many years down the road, I picture my future wife and I unpacking boxes in our new house while our own cats circle our legs. The Clyde relic will emerge from Styrofoam fillers and tissue paper padding. His squinty eyes will meet with hers. And when she asks me who the handsome face on the mug is, I’ll smile and tell the story of the Little Cow I once knew, who brought joy and light to a difficult year. 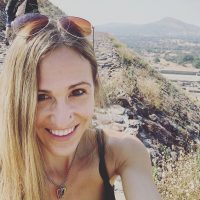 Eleni Stephanides is a 31-year-old queer bilingual writer, born and raised in the Bay Area. She has been writing since elementary school. Her experience, since then, includes… Read full bio