Reflections on Mixed Race Identity: I am white. I am Latina. 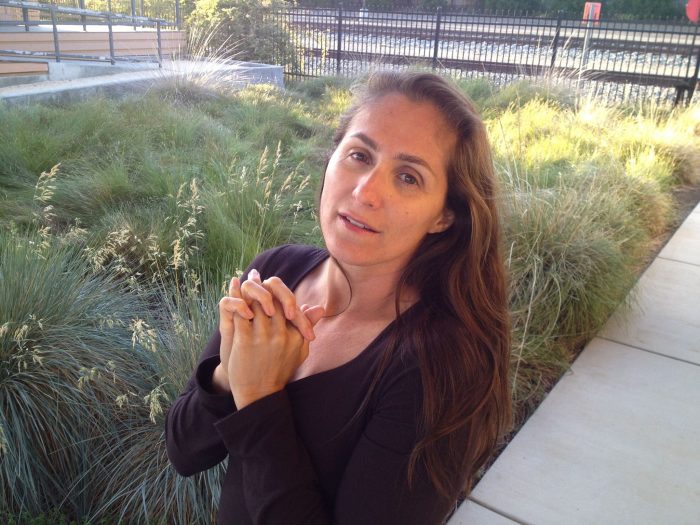 The moment I walked into that house party, the bass drove straight to my chest and hips.

I started to move with the dancers, instinctively. Everyone swaying, laughing, celebrating. It felt like home as I sunk into a wave of colors and rhythms.

The people from my dorm I’d come with—all white—suddenly decided to leave and I was whisked outside as we discussed where to go next.

“It’s a minority party,” one guy said, in disgust and flagrant opposition to staying any longer. I was stunned, speechless. Did he not see me standing there? I was as shocked by his open racism as I was to learn that my own identity was so deeply hidden from the surface. To this day, I regret not speaking up. Obviously, I never went out with that group again.

At that moment I realized two things:

1. I see “non-white” as a range of mixes, colors, and roots, whereas some white people see something else.

I look white. I talk white, I act white, I write white, I was raised white. I’m white. But I’ve never felt white, because it’s only half of me.

My father is of relatively recent European immigrants to the United States and my mother is Brazilian, which means part of me is a mix of African slaves and indigenous South Americans. I was also born in Brazil and spent many childhood years in a developing country where the interplay between race and poverty was not an idea, but something happening in front of me every time I left the house. We were privileged there, too, and I knew it.

My American citizenship is only granted by virtue of having an American father. English is not my first language (actually, I was bilingual when I learned to speak, but that’s a different story). My name is unusual. My mother spoke with an accent, something I only learned from my friends as a teenager. And one look at my grandfather—or even a careful examination of my own features—would put me clearly in the class of “non-white.”

But I look white and I’ve had the privileges of that race, something I’ve never taken for granted. If anything, it comes with a measure of guilt, confusion, and loss.

The small, liberal college town of my youth spared me the racism I might have otherwise faced. I was smart and blonde enough to pull it off without too much attention. At least, it didn’t happen in front of my face (except that time I performed a Brazilian dance number for the Young Woman of the Year contest and saw raised eyebrows from those small-town judges, yikes!).

My mother didn’t escape so unscathed in this country. She only ever shared bits and pieces of her experience with me, so I was even spared witnessing racism against a family member. Like I said, I was raised white.

Because I look white, I’ve also had the privilege of finding out how white people really think. I’ve felt like a spy at times, hearing things that maybe weren’t intended for my mixed ears.

When white people think there are no “minorities” around, they behave differently—that code switching we all do. It’s usually only a subtle difference because I don’t associate with people like that guy from the college dorm.

When I do share my ethnic background, I witness how things shift around me among white people. I’ve often heard, “But you don’t even have an accent!” And words chosen more carefully. A vague retreat in attitude and body language. A flash of embarrassment even.

I usually cringe inside of myself. It’s that guilt I carry for the privilege of passing and knowing full well how it has benefitted me. An unearned gift.

I get it. White people are still learning how to not be racist, even in the more subtle ways. It takes years of attention to self- and other-awareness to undo generations of perverse attitudes. Intergenerational conditioning works on all sides. I’ve had the white privilege of being half not-white to help me see those sides. If I really were just white, maybe I wouldn’t even notice the subtleties. It’s an atrocious realization, but I see it too often.

On the flip side, I’m usually more readily accepted among non-whites, especially Latinos/Latinx, if I let my identity be known. Like at that party, I fit right in. Our personal space closes, people step toward me, not away. Our hands and bodies move freely, even if we speak English. We are louder.

Inside of me I sense the real difference. The rolling sounds of Spanish or Portuguese soften my insides, drawing on my longing for a time when I thought I knew my place. My nervous system relaxes. There’s a palpable softening of my skin, a settling of my muscles. I breathe easier and sink fully into myself. The white shell that holds me loosens its grip and I’m able to open fully to what’s inside of me. I feel at home.

But if I stick to the white lady script, I sense a distance between us that pains me deeply. True, I am already separated by my appearance, by having lost connections with my roots. But most people of color recognize that we come in a wide array of black, brown, beige, and even white.

Still, the lighter the skin, the closer we are to the oppressor. I never forget that. I am so light, so white, that I am usually placed within the hierarchical order dictated by within-group colorism—right below the white folks. So if I act white or the people of color around me don’t really know me, the divide broadens between us. My identity is lost. I am lost.

Yet I only sense this disparity between us precisely because of my white privilege. I carry the oppressors of my heritage, the yearning to make amends, the misstep that may belie my own guilt and shame and confusion.

The pain of this separation is so profound that it causes me to curse the very privilege that grants me this perspective.

I cannot separate from myself. I am white. I am Latina. 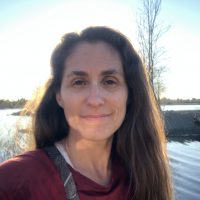 Sylvia Magalhães Major writes about everything under the sun and even some of the more ethereal topics. As a former biologist and dedicated earth healer, she aims to share he… Read full bio