The Best of Humanity lives in Gander, Newfoundland. 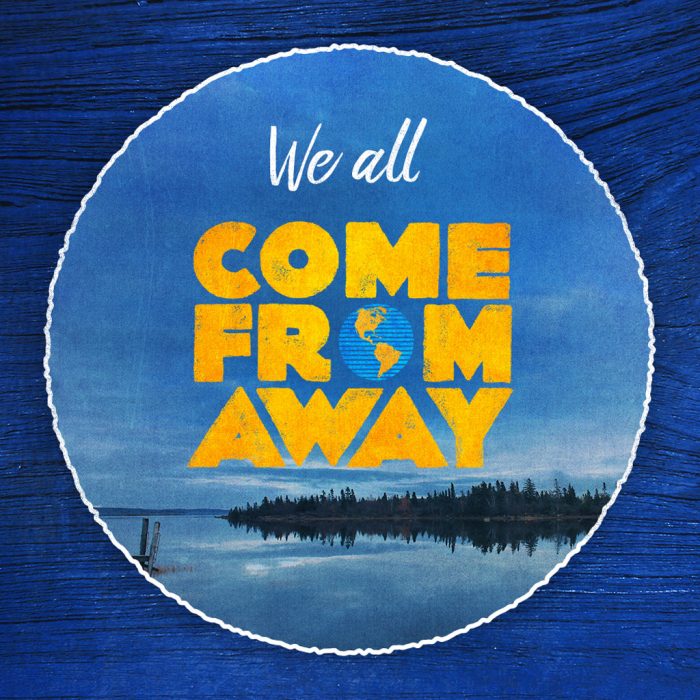 This afternoon, I had the joy of watching one of the most poignant, laughter-and-tear-inducing shows that received a Tony Award in 2017 for Best Direction—and with good reason.

I had heard about the true life tale of a miracle that occurred on September 11, 2001. When it seemed the whole world was falling apart, in one small Canadian town called Gander, Newfoundland, the world was coming together.

“Come From Away” is the story of what happened when 38 planes were diverted to Gander when United States airspace was not secure and wouldn’t be for nearly a week. The 6,700 passengers became honorary residents in the town of 10,000 when the community took them into their homes and hearts. They provided the weary travelers with food, shelter, clothing, toiletries, toilet paper, telephone access, medical treatment, medications, showers, and even more important, comfort in a time of turmoil and some sense of normalcy in a time of intense fear and uncertainty.

When the planes landed, some people stayed on board for 20 hours or so. They had no idea what had transpired in New York City, Washington, D.C., and Stonycreek Township in Pennsylvania, and when, after disembarking, they did find out, they were part of the whirlwind of attempting to reach loved ones to assure them they were safe.

The village population almost doubled for the time the “plane people” stayed there. The people of Gander believed that not strangers but family were among them. No one was willing to accept money for their acts of kindness. After the passengers were able to return home, they collected and sent $60,000 to be used as a scholarship fund. Ten years later, it was over a million dollars.

My favorite scene in the 2021 film of the Broadway show was one called “Prayer,” in which Jews, Christians, and Muslims were all engaged in communing with the divine, side by side. No thought of  “my God is better than your God.” Muslims on prayer rugs, a Polish Jew who immigrated to Newfoundland who kept his religion secret until September 11th, a Christian praying for the safety of her son who was a first responder in New York—they were all one.

Husband and wife producers David Hein and Irene Sankoff interviewed people who had been there as “come from aways” (a term for anyone who didn’t live there) and Newfoundlanders, and from that, they crafted the show. It was looked at with skeptical eyes as a 9/11 story—but they state that it is a “September 12th story.” Just like New Yorkers came together in the midst of horror, so too did the kind folks from Gander.

The cast was remarkable in that, on a set that included 12 chairs and a few tables on a revolving stage, each actor played a few roles in which they had to change accents and clothing in a split second. They played real people from the town and on the planes. One was the pilot, Beverly Bass, who was the first female pilot to make captain for American Airlines at a time when women were relegated to being flight attendants. Hers was the 36th of the 38 planes to land. Her song, called “Me and the Sky,” was a soaring (no pun intended) ode to her progression from ground to sky to ground.

One of the characters who worked with animals was able, against regulations, to board the planes and retrieve dogs, cats, and Bonobo chimps, including one who was pregnant.

The music played by onstage musicians at times was a blending of Celtic and seafaring tunes that involved dancing and drumming.

A couple was formed and one split up.

Ten years afterward, there was a reunion as some of the “plane people” returned to visit and thank those who, by example, made them better people too. Newfoundland, affectionately referred to as “the rock,” was the only place outside the United States where a piece of the World Trade Center was sent as a tribute.

What remains with me as I absorb the energy still, hours afterward, is that it is possible for people to see beyond religious and cultural differences and honor our common humanity. What I continue to contemplate is how, if not for the attacks on September 11th, these folks would likely never have met each other. Each person who experienced that miraculous week was forever changed. May we learn from their example.

A line that informed this show came from Fred Rogers, who spoke of what his mother advised him to do in the midst of tough times: “Look for the helpers.” Helpers abounded on the rock.