How to Break the Cycle of Drama & Harmful Arguments in Relationships.

We can all think of arguments with partners, where the content may differ, but the process remains the same.

One of us feels wronged as if the other is on the attack. These roles shift, and suddenly there’s a gush of guilt as one of us tries to make the other feel better. It’s all alright again until the same content bubbles up and the same process rears its ugly head. If the process doesn’t change, the roadblocks remain. The drive for drama continues.

This process is encompassed in Stephen Karpman’s Drama Triangle. We can all take the role of a victim, or persecutor, or rescuer, in interactions.

When we first chose to take this response in life, it would’ve been adaptive and protective not to be our true selves and instead adopt these roles. The preferential entry point to the triangle depends on early life experiences and how we’ve learned to make sense of the world, self, and others.

Eventually, if we remain on the triangle route, all roads lead back to the role of “victim”—where we feel we’ve lost control of the wheel of life. We swerve away from authenticity and are locked out of alignment, on course for a crash.

How to break the cycle of drama and harmful arguments in relationships:

The “victim” is a one-down position. The perception is something is being done to us. This connects to an early childhood ego state with accompanying neediness. We can feel blamed and shameful. We can have unrealistic expectations of others, so we are often disappointed. We need reassurance outside of ourselves.

Negative beliefs take away self-efficacy and lower self-esteem. There is no sense of personal agency when this position is taken. There is resentment from feeling “one-down” or inferior, and we feel incapable of helping ourselves. This position does not equate to being a victim of direct harm or trauma; we are talking about a relational dynamic.

The perpetrator role, which is perceived as being on the attack, is more of a teenage-based ego state. We believe the other person is at fault. There is acting out rather than internalizing. Anger can be bottled and disproportionately displaced in different scenarios. A classic example is, we come home from a bad day at work and get annoyed with our partner for something minor, as we were wrongly blamed for something at work and unable to be assertive with our boss.

These behaviors can also be because of shame, a sense of fear, and a lack of self-worth. We will find ourselves being constantly defensive to avoid feeling powerless. The perpetrator feels like the victim and believes they are retaliating because the other person deserves it.

Then along comes the rescuer, who needs to save others. This is perceived as a “one-up” or superior position and connected to a more parental ego state. In reality, rescuing enables things to continue as they are due to the constant avoidance of confrontation. The help we offer is not only to benefit the other, but it also leaves us feeling valued.

A belief can develop, such as, “If it weren’t for me, nothing would get done.” We want to fix and save. There is an assumption that others can’t cope, so we must help. Our identity is based on the belief that we do everything for others, yet they do nothing for us, and we end up denying our own needs. It’s linked to the need to feel needed and fears of abandonment, which we counteract with the perception that we are indispensable. There can be a seeking of praise and to remind others of the things we do for them. Bitterness bubbles away here.

To step off this circular yet spikey dynamic, we need first to accept it exists and commit to finding an exit route. Self-monitoring is the first leg of the journey. We need to notice which role we prefer and how we travel the triangle. What are our triggers? Recognize those patterns, intentionally withdraw, and create a map of the places we go.

We need to question our own beliefs.

We can ask ourselves, what if the other person has a point? How would we feel then? What does it feel like for them that we are missing their point? How can we both navigate out? Instead of creating drama, we can be authentic. We need to find compassion for ourselves and others, as we are both in this lost space. Without the drama, our problem-solving and tolerance capacities are far more significant.

The victim position moves to one of the empowered, suddenly able and recognizing our capabilities. The persecutor becomes assertive, no longer aggressive but expressing thoughts and feelings without intimidation or criticism. The rescuer becomes the facilitator to enable others to be responsible for themselves, not pushing our views on them by rushing in and doing things but allowing others the benefit from making their own mistakes.

Of course, we can coach others and be alongside them, but we don’t need to disable their lessons for problem-solving. Or their right to be who they are. Maybe they are okay in the situation we perceive needs help.

Each time we engage in drama, we are inauthentic. We are losing a part of ourselves. Maybe this is why the mystery of the Bermuda Triangle conceptualizes the lost ones within a similar triangle. The more pieces of us placed outside of us, the greater we need to search for the value of ourselves externally. We are simply seeking ourselves.

I believe this is why the triangle concept works. There are always three energies in the dynamic. The two people and the parts of both placed out in the ether. Those parts create the drama.

By developing self-awareness through reflective self-inquiry, noticing early life impacts and prior scenarios in our day, the easier it will be to remain in the here and now, adult ego state, accessing all our resources. This way, it is easier to be responsive and not reactive, and we can disengage from a destiny of drama. 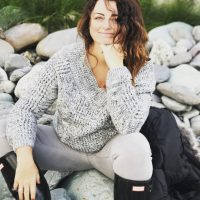