Right Person, Wrong Time: The Only thing we Need to Remember when timing Sucks. 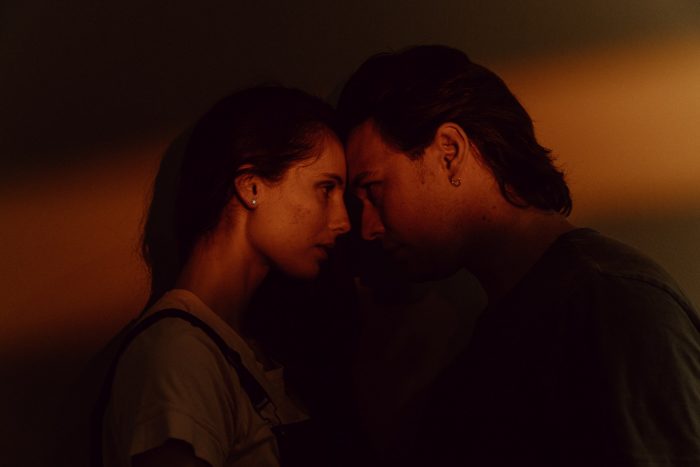 Back in college, I was really moved by a Carl Jung quote I later used in an essay about love.

“The meeting of two personalities is like the contact of two chemical substances. If there is any reaction, both are transformed.”

At the time, I had met someone who I would later end up with in one of the most beautiful relationships of my life.

Had you told me at the time we would end up together, I would have rolled my eyes and said it would never happen. We were two ships that kept passing in the night since meeting in my freshman year. At first sight, there was an unexplainable spark and connection between the two of us.

We flirted at work and at parties when we ran into each other. We hooked up and had relationships with other people but never with each other. We were friends who were fiercely attracted to and had great, great affection for each other.

By my junior year, as I was headed off for a semester abroad and we found ourselves saying our final goodbyes, we came to an appalling realization.

We were head over heels for each other.

Cue the record player scratching because this was sh*tty timing. I was dating someone else and off to England in a matter of weeks. He was graduating before I returned and had plans to move to London. We agreed with heavy hearts it wasn’t meant to be and settled on keeping it a friendship.

My heart ached like never before. It felt wrong. So wrong. Like I had been given a gift and I was choosing not to unwrap it.

The weeks leading up to my departure to England, I listened to the “mix tape” (yep, remember those?) he had gifted me for Christmas and cried myself to sleep every night. I couldn’t understand why we had never gotten the opportunity to be together when there was so much between us and how it was possible God was now going to whisk me so far away with this beautiful thing between us unfinished.

Two weeks before I was set to leave for England, there was a bombing on the tube and some other unrest in the country. It scared my parents enough to pull me from the program and send me back to Boston instead of putting me on the plane to London.

The rest as they say is history. We got together soon afterward and had one of the best relationships of my life for over three years.

Lately, I have been surrounded by friends and clients coming undone, some heartbroken over a person they have a deep soulful connection with that for one reason or another can’t be explored. Physical distance, being in other relationships, fear, or timing have prevented them from being together and having a chance to explore what exists between the two of them.

It can feel soul crushing, leaving us tossing and turning at night, unable to sleep or think about much else. When our heart recognizes another soul aligned with ours, it feels intense in our bodies. It manifests as an unrelenting longing, a pulsating desire, and yet, no place to release. The soul is saying, “Yes! I recognize you. We’ve got some work to do together.” And then under its breath mutters, “I’ll let you know when it’s time.”

I can only speak from my own experience. I have never encountered another person where we had that instant connection with each other who did not come back around eventually. It’s inevitable. Like two magnets, you can’t help but be drawn back together.

“There are only two mistakes one can make along the way to truth. One is not going all the way, and one is not starting.” ~ Anonymous

Unexplainable connections can be scary, especially if the person doesn’t check all of our so-called “boxes.” Maybe on paper they aren’t what you say you’re looking for, but trust me when I say, connections aren’t about what you want; they’ve come along because of what you don’t know you need.

Maybe you’re not the one running but impatient to explore a connection between you and another person and it’s not happening. What I can offer you is this…

Give it space and air to breathe. Release all attachment to it.

You can’t force what isn’t meant for you right now. The universe works in divine timing, not yours.

What’s most important to remember is not all connections are meant to be forever. In fact, most aren’t. Some people come into our lives for a brief period of time, always with the purpose to expand us, help us grow, teach us something, or carry us through a period of time when we need what they have to offer.

Till this day, every single person I felt that unexplainable spark and connection with the moment we met came back around. In some instances, it took years. It was always worth the wait.

Trust that what you’re desiring will show up when you are most ready to receive it. 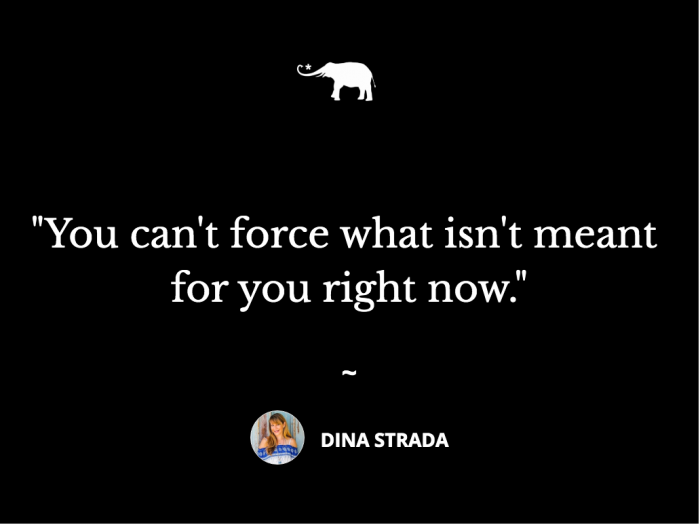 Hearted by and 8 other readers