Sea Level Rise shouldn’t Make you Feel Scared at All.

If you are completely out of your mind, then keep living your life in total ignorance.

The following paragraph is going to be a bit dry, like a burnt toast you forgot about when you went for the orange juice and had to make a phone call.

You are going to read some scientific data that is necessary if we want to be active agents in fighting the causes of sea level rising and coming up with solutions, rather than just dipping our toes in the knowledge pool and being afraid of going deeper to clear the image of our current situation.

Please bear with me. Feel free to skip it altogether—or not.

Sea level rise is caused primarily by three factors that are deeply related to global warming:

>> the added water from melting ice sheets and glaciers

>> the expansion of seawater as it warms up

>> land water storage (water that is either removed from land through pumping, for example, or impounded on land through dam building) that can cause a net change in the total water found in the ocean

A large fraction of Earth’s freshwater is frozen; it is stored in glaciers all around the globe and in both the Greenland and Antarctic ice sheets. The melting of this ice causes water to flow into the oceans, raising the sea level. In order to give you an idea of how much water we are talking about, if all glaciers and ice sheets melted, the global sea level would rise by more than 60 meters.

The accumulation of heat, caused by greenhouse gases, is responsible for the warming of our planet. More than 90 percent of this heat is absorbed by the oceans. This causes the oceans’ temperatures to rise and the water to expand.

Globally, large dams constructed on rivers have resulted in the impoundment of a volume of water that is equal to 3 cm of sea level, according to findings measured by NASA.

Since the beginning of the century, sea levels have been rising globally, and the rate has accelerated in recent years. In addition to causing more frequent nuisance flooding, higher sea levels mean deadly and destructive storm surges push farther inland. The sea level is expected to rise between 40 cm and 80 cm by 2100, at the very least. You need to remember that the rise in sea level will not stop by 2100.

In fact, as the sea continues to absorb heat and glaciers continue to retreat, the sea level will be much higher in the following centuries. Changing sea level will affect human activities in coastal areas. Rising sea level inundates low-lying wetlands and dry land, erodes shorelines, contributes to coastal flooding, and increases the flow of salt water into groundwater aquifers.

Unfortunately, a large proportion of young people around the world would say, “We are young and we should not be troubled by this sort of thing.”

The malicious system that controls everything we do on this planet wants us to feel that way. The purpose of their continued expansion is to build empires, collect more minerals, fund their wars, and make more money.

I do not believe in conspiracy theories. I believe facts.

Consider this idea: during the past 50 years, all the wars throughout the world, all the military losses of both sides, all the civilian casualties, and all that destruction were just for the purpose of stealing the oil reserves and high-profit minerals underground in particular gold. We have all seen the photos. My purpose here is not to point fingers but rather to inform you that every government on Earth has a secret agenda that it follows, which does not include even a single word about how to maintain life.

Those who have the power want us to stay in the dark, dancing to strange sounds and bright colors when the major problems suffocate us in the light. Whenever we read about celebrities, sports players, and low-life politicians and their scandals, our planet is being destroyed in every second, minute, and hour of the day.

In his recent book, How to Avoid a Climate Disaster, the well-known billionaire and philanthropist, Bill Gates (who has nothing to do with the false rumors about implanting chips in our bodies to track us—as if our smartphones aren’t already doing this), explains in depth the steps that are needed to be made in order to not save the planet but, instead, save us.

After all, the planet will eventually rid itself of us within 500 years or so. Unfortunately, for us, this long wait is not an option. He explains how carbon dioxide emissions must be zero by the year 2050 in order for us to have a sustainable planet.

I am trying to convey to everyone in this article that we do not have to wait until the year 2050 to act, since by then, it would be too late for us, and wars would be waged over oxygen bottles.

We have to act now.

“What can I do?” you might ask me. “What am I—a simple human—able to do in order to change the outcome when everyone else is living their lives as if nothing is going on?”

The answer is simple. The first step is to educate ourselves. You can read books about climate change, how to reduce toxic emissions or simple things we can change around the house that will leave a big impact.

We need to spread the word. However, I am not advising you to be that weird person at parties who always talks about topics that are irrelevant to people who just want to drink and have a bit of fun. Changing everyone is impossible, so we need to accept that. All I am saying is that you should have this kind of conversation with your friends every so often and ask what changes each one has made on a personal level, and then keep encouraging them to do more.

Eventually, we need to elect individuals who are concerned about climate change and are willing to fight against lobbyists and big oil companies, who only care about their stocks value and profits’ margins.

We can stop the rise of sea levels. Power is in our hands; we have enough strength, so let us use it. Let us make our voices heard. As well as for our own good, we are fighting for the sake of those who are unaware of the gravity of this situation and for their future as well.

The earth is all we have. It is our home, and we need to claim it back.

Extra resources to look into: 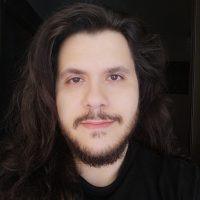 Maroun Makhoul is a teacher, reader, and a flâneur. He writes about mental health, the environment, veganism, and how these topics are connected to one another. … Read full bio