The Words that Stay: 21 Literary Quotes that just might Change You. 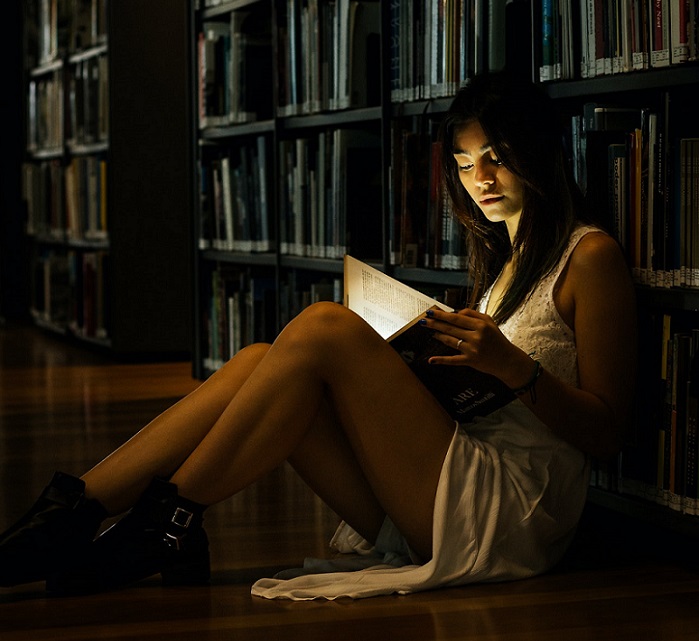 Back in college, I took a high-level literature course that focused on books from minority authors.

As a word lover who spent years in school being told to read the same books from the same authors who had been on the syllabus for decades, it was encouraging to be introduced to authors I’d never even heard of before. And to be let into their worlds for a while.

But there’s one book from that class that has stayed with me for 20 years.

Confessions of a Mask was written in 1949 by Yukio Mishima, a Japanese author and poet, and it tells the coming-of-age story of Kochan, an adolescent boy tormented by his burgeoning attraction to men. I remember being quickly pulled into this story, and while I don’t remember all the details all these years later, I can still vividly remember reading this line:

Growing up, thoughts around suicide were constantly in the back (and often the front) of my mind. I loved someone who lived with depression, a depression so severe that, on more than one occasion, suicide attempts became a reality and not just a thought. And I was left to deal with the fallout.

While that’s never an easy task, it’s even harder when you haven’t even graduated high school yet.

But something about this quote put those years of struggle in perspective for me. I realized I had never wanted to die, even on the worst days. I had simply wanted to come up for air. I had wanted something—needed something—to stay alive for.

And in the moments since, regardless of what struggle I’m facing, when I need a little hope, I catch myself repeating these words in my mind:

I am waiting for something to do me the favor of keeping me alive.

I recently asked our readers “What line from a poem or a book has stayed with you since the moment you read it?” And then I allowed myself to get lost in the world of words that have changed others:

1. “Of all the streets that blur into the sunset,
There must be one (which, I am not sure)
That I by now have walked for the last time…” ~ Jorge Luis Borges, “Limits”

2. “To see a World in a Grain of Sand
And a Heaven in a Wild Flower,
Hold Infinity in the palm of your hand
And Eternity in an hour.” ~ William Blake, “Auguries of Innocence”

3. “I’ll love you forever. I’ll like you for always. As long as I’m living, my baby you’ll be.” ~ Robert Munsch, Love You Forever

4. “Whether I shall turn out to be the hero of my own life, or whether that station will be held by anybody else, these pages must show. To begin my life with the beginning of my life, I record that I was born (as I have been informed and believe) on a Friday, at twelve o’clock at night. It was remarked that the clock began to strike, and I began to cry, simultaneously.” ~ Charles Dickens, David Copperfield

5. “When love comes, say: Welcome, make yourself comfortable. When love leaves, say: Thanks for stopping by.” ~ Sarah Kay and Phil Kaye, “When Love Arrives”

6. “Let everything happen to you. Beauty and terror. Just keep going. No feeling is final.” ~ Rainer Maria Rilke, “Go to the Limits of your Longing”

7. “She wasn’t doing a thing that I could see, except standing there leaning on the balcony railing, holding the universe together.” ~ J.D. Salinger, Catcher in the Rye

8. “Give up all the other worlds
except the one to which you belong.
Sometimes it takes darkness and the sweet
confinement of your aloneness
to learn
anything or anyone
that does not bring you alive
is too small for you.” ~ David Whyte, “Sweet Darkness”

10. “She was the third beer. Not the first one, which the throat receives with almost tearful gratitude; nor the second, that confirms and extends the pleasure of the first. But the third, the one you drink because it’s there, because it can’t hurt, and because what difference does it make?” ~ Toni Morrison, Song of Solomon

11. “If each day falls inside each night,
there exists a well
where clarity
is imprisoned.
We need to sit on the rim
of the well of darkness
and fish for fallen light
with patience.” ~ Pablo Neruda, “The Sea and the Bells”

13. “I was much further out than you thought
And not waving but drowning.” ~ Stevie Smith, “Not Waving but Drowning”

14. “Sometimes the Bible in the hand of one man is worse than a whisky bottle in the hand of (another)… There are just some kind of men who—who’re so busy worrying about the next world they’ve never learned to live in this one, and you can look down the street and see the results.” ~ Harper Lee, “To Kill a Mockingbird”

15. “That you are here—that life exists, and identity;
That the powerful play goes on, and you will contribute a verse.” ~ Walt Whitman, Leaves of Grass

16. “Your children are not your children.
They are the sons and daughters of Life’s longing for itself.
They come through you but not from you,
And though they are with you yet they belong not to you.” ~ Kahlil Gibran, The Prophet

17. “Alas, how easily things go wrong!
A sigh too much, or a kiss too long,
And there follows a mist and a weeping rain,
And life is never the same again.” ~ George MacDonald, “Sweet Peril”

18. “Tell me, what is it you plan to do with your one wild and precious life?” ~ Mary Oliver, “The Summer Day”

19. “Does my sexiness upset you?
Does it come as a surprise
That I dance like I’ve got diamonds
At the meeting of my thighs?” ~ Maya Angelou, “Still I Rise”

20. “The story so far:
In the beginning the Universe was created.
This has made a lot of people very angry and been widely regarded as a bad move.” ~ Douglas Adams, The Restaurant at the End of the Universe

21. “It matters not how strait the gate,
How charged with punishments the scroll,
I am the master of my fate:
I am the captain of my soul.” ~ William Ernest Henley, “Invictus”