It had been a year since a painful divorce and an even more painful breakdown. I’d dealt with my sh*t. I’d put myself back together. I was feeling strong and confident.

I created a brand-new profile for the new me on my favorite dating app and put myself out there. I was ready to find healthy, authentic connection—or so I thought.

Paul (not his real name) was beautiful, funny, creative, and extremely broken. The attraction was immediate and electric. We walked and talked for almost three hours on our first date. The connection felt real.

Paul’s wounds seemed similar to my own. I fooled myself into believing that he’d be able to relate to my suffering, that he’d understand my feelings of rejection, abandonment, and betrayal. His own mental illness mirrored mine in so many ways—complex-trauma and shame at the core of both. We could share war stories and kiss each other’s wounds.

Unfortunately, he ended up doing most of the sharing, and I did most of the kissing. I pretended to be okay with the imbalance. I was a good listener. His stories of struggle drew me in and fed my bottomless need to empathize. I noticed that his tales of woe always felt a little incomplete, and somehow Paul was the only victim, but I knew I could help him. He was going to discover that he needed me. Then he’d never leave me.

There were red flags from early on—lots of them. I saw them. I journaled about them. I told my friends about a few of them. But I ignored them. Like so many times before, I made excuses for his behavior. He was hurting. He was struggling. He didn’t intend to be cruel. By the time I understood the extent of Paul’s dishonesty and deceit, it was too late. I was hooked. Again.

Of all the nice guys I’d connected with in that first month of dating, I’d chosen to pursue the one most like one of my loved ones. Again. Not just like my loved one, but like several of my former partners. How did I let it happen again? I thought I had healed that wound. Foolish me.

Humans seek comfort in what is familiar and predictable, even if this means repeatedly dating people who are emotionally or physically abusive.

The push-pull was intoxicating. Breadcrumbing is like crack to me; the praise followed by the mean-spirited teasing was painfully familiar. I was addicted to the uncertainty—the hit when he’d leave me hanging, followed by the even bigger hit when he’d show up again. Intermittent reinforcement is the technical term for this type of manipulation. Unfortunately, understanding the phenomena didn’t help me escape it.

I walked on eggshells. I obsessed about what I’d done wrong and even more about what I could do differently. If I could just say the right thing, behave in the right way, he’d be able to see me, understand me, care for me. I met all his needs. It was a one-way street of empathy, compassion, and honesty. I gave and he took.

My patterns were ingrained and predictable—people-pleasing at my own expense for someone with an insatiable need for supply. In return for my efforts, I received lies, invalidation, minimization, and denial. When I finally woke up to the truth, I was overwhelmed with shame.

How did I possibly fall into this trap yet again? How did I not see this coming from a mile away? And why was it so hard for me to get out? This wasn’t my first rodeo.

Just like with too many others…the more I tried to get Paul to see the pain he was inflicting, the bolder the lies and betrayals. I tried to end it many times, but he’d suck me back in with flowers, with compliments, with promises to change, with praise of how different I was from the ex who he just couldn’t get out of his system; the ex who I didn’t know about until a month into our relationship; the ex who was just a friend (nothing to be concerned about); the ex who needed him when she was feeling suicidal; the ex who he called when he was feeling suicidal; the ex who still played the role of a stepmother to his three kids; the ex who, unbeknownst to me, was still having sleepovers seven months into our relationship.

Of course, he’d been lying to me the whole time. It was obvious. That had to be the end of it for me, right?

Shame is a powerful beast. The shame in finally admitting to what I knew was the truth for so long washed over me as I tried to make sense of how I’d ended up here, again. His excuses were pathetic, but I listened to them. He truly seemed to believe he’d done nothing that bad. He wanted me back. He tried to convince me that he’d changed, that I could trust him. I had to get a handle on my own cognitive dissonance before I could understand the depth of his.

I’m not fully out of his grip. It’s embarrassing to admit that, but I learned these bad habits over 57 years. I can’t expect to be fully free of them in a month.

I feel sorry for him. He recently told me that he’s been feeling suicidal. That pulls at my heartstrings. I know what it feels like to stand on the edge of the cliff, but can I believe him, or is it just another case of manipulation?

In either case, I can’t stick around to figure it out. I need to put myself first for a change. I need to save myself. I know no-contact is my only hope. It’s been over a week since I finally blocked him. I’m starting to believe I might actually escape this time. Each day is a little bit easier than the one before.

Little by little, the grief is being replaced by relief. Have I finally quit that bad habit for good? I hope so. I think so. Time will tell.

If you answer yes to any of the following questions, have hope! Escape is hard but possible.

>> Do you feel stuck in a push-pull relationship that’s not fulfilling your basic need for connection and security?
>> Do you keep trying to convince yourself that it’s not that bad?
>> Do you find it challenging being truly honest with friends or your therapist about your relationship?
>> Are your friends or therapist concerned about how you’re allowing yourself to be treated?
>> Are you confused by what is real and what is fantasy?
>> Have you lost sight of who you really are?

If you’ve read this far, you’ve already started the process. Keep reading. There are so many great resources on this site. If you’re a writer, keep writing. If you’re not a writer, start writing. Daily journaling brings insight and clarity. Get clear about what you want out of life. Stay curious and honor your needs. This is your ticket out of dead-end relationships that cause more suffering than joy. You can do it. 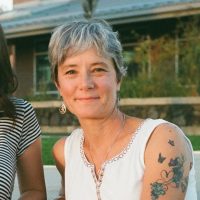 Tara Lee is an adventuring mom and nurse, finding her way back to vitality, power, and peace after a brush with bipolar disorder. She shares stories about trauma, recovery, an… Read full bio