How Sobriety Led me to Finding my Truest Self. 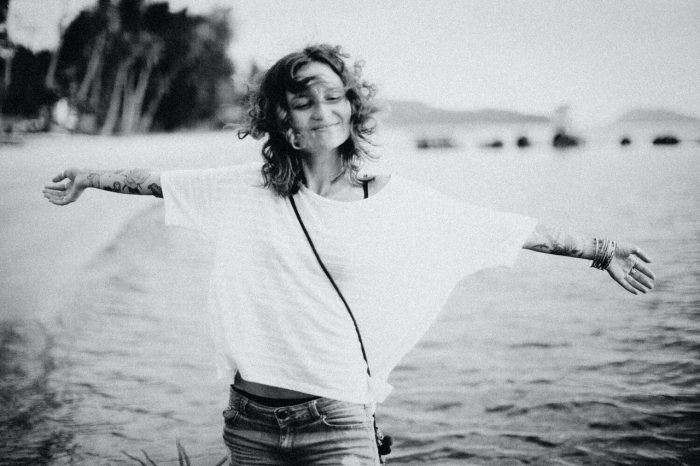 I had just quit drinking alcohol and decided to embrace a life of honesty and sobriety. I was crying a lot, if I’m being totally honest, and really feeling my emotions (this comes with the territory of sobriety sometimes, especially if you are like me and relied heavily on alcohol to block any and all pain for over 20 years).

The world was also in the height of the pandemic, and so I was spending a lot of time on my couch, abusing my streaming services and binge-watching TV shows that had been collecting virtual dust in my playlist for years.

One such show was “Schitt’s Creek.” And then, right there, in season one, episode 10, one of the main characters, David Rose, says the infamous quote we have all heard repeated many times and have seen in countless memes online, “I like the wine and not the label. Does that make sense?”

He’s using this metaphor to explain his sexuality to his friend, Stevie Budd. Essentially, the message he is conveying in this profound scene is that he’s attracted to people, not a particular gender.

It was as though someone held a mirror up to my face, and I saw myself for the first time.

This was quite an interesting revelation to have at this stage in my life. I am a woman in her early 40s who is in a loving marriage with a heterosexual cisgender male. Yet, when I realized I am not just attracted to cisgender males, but also women and gender nonconforming people, when I realized it is the people and not their gender that I am into (“the wine, not the label,” so to speak), it was the most enlightening moment of my life.

And there was no doubting this was my truth. It’s hard to explain, but once I had the initial thought, “I think I am bisexual,” I instantly had a follow-up thought, “No, I know I am bisexual.” And there it was.

I confess it was a weird feeling to realize something about yourself—an inherent truth—that you somehow blocked out and ignored but yet also always knew deep down inside. Realizing and acknowledging that I am bisexual felt like I found a piece to a puzzle that I had been missing since puberty.

The knowledge of my true sexuality was buried under many layers of denial and shame for several years. And it is clear to me now that fighting my true self is a big part of why I became so dependent on alcohol. I used booze to numb my feelings and the pain of pretending. And now without alcohol in my life, I am starting to feel everything—and the real me is slowly emerging.

I recall at an early age, as young as elementary school, feeling an attraction to girls as well as boys, but then telling myself those feelings weren’t real. I pushed them away and pretended they didn’t exist. I was afraid of what they might mean. I had crushes on girls throughout high school and college but wrote them off as meaningless, and again, pushed away the feelings so I didn’t have to face them. I also was really into men as well, so I thought those feelings negated any attraction I felt for women.

I went on ignoring my feelings for a long time, hiding the real me. And then one hot summer day in 2020, as I faced my emotions in sobriety, that truth I had buried came scratching and clawing to the surface. It somehow worked its way out of my soul and stood directly in front of me, unabashedly naked, waving its arms frantically, screaming loudly, “Hello, do you see me? I am here! You can’t ignore me anymore!”

The truth demanded to be seen. I had no choice but to face it.

It’s been two years since lightning struck, and the truth came to light for me. And I am finally just revealing this truth out loud. Yes, I did in fact spend the last two years trying to figure out how to proceed with this knowledge. I actually wondered for a long time if I should even come out. After all, I am happily married, have a family, why bother saying anything? What difference will it make?

I seriously considered keeping my feelings to myself and never coming out. But I know if I did that, ultimately, I would be hiding who I really am and how I truly feel. I won’t really be whole if I keep pushing away this part of me and pretending it doesn’t exist.

It took me 42 years to realize this important truth about myself, and then it took me nearly two years to figure out what that meant and if it was a truth I was ready to own.

Continuing to keep my sexuality a secret feels wrong, like I am ashamed of it. And I’m not. I’m ready to own it.

I credit comedian Jerrod Carmichael for the inspiration to write this and officially come out to everyone I know (and many others I don’t know). His recent HBO special, “Rothaniel,” is an amazing demonstration of raw truth and heartfelt strength. Jerrod uses this comedy special to come out of the closet publicly, and he does so with bravery and humility. His honesty moved me. He made me want to own my truth in a way I never did before. He made me see that I deserve to feel freedom from shame, that I have nothing to be ashamed of, and that by being honest with everyone, I am truly being honest with myself too.

And so, before this beautiful Pride Month comes to a close, I want to say out loud, officially, that I am bisexual, and I am proud, not scared or ashamed of who I am. This is me—the real me—owning my truth.

I don’t know what changes may come from sharing this. I’m not necessarily looking for anything in my life to change. At least not on the outside. But something big has changed for me on the inside. It took a long time for me to get here, but I finally did.

Since choosing a life of sobriety in June 2020, I have worked really hard at living as authentically as I can. It’s hard being honest sometimes. And not just telling the truth out loud to others, but also to yourself. Really owning who you are and being brave enough to say it out loud is scary. But it’s also really freeing.

In this moment in time, in this exact moment, I feel like the most real version of me that I have ever felt. I feel free.

And finally, I will leave you with this quote that sums up everything and hopefully inspires others out there to own their truth as well:

“My whole life was shrouded in secrets. And I figured the only route I hadn’t tried was the truth. So I’m saying everything, here’s everything, (and) I feel okay.” ~ Jerrod Carmichael: Rothaniel 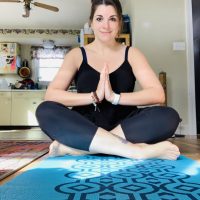 Francesca Harris is a passionate advocate for health and wellness. Francesca enjoys writing about yoga, running, and living life (happily) as a non-drinker. … Read full bio