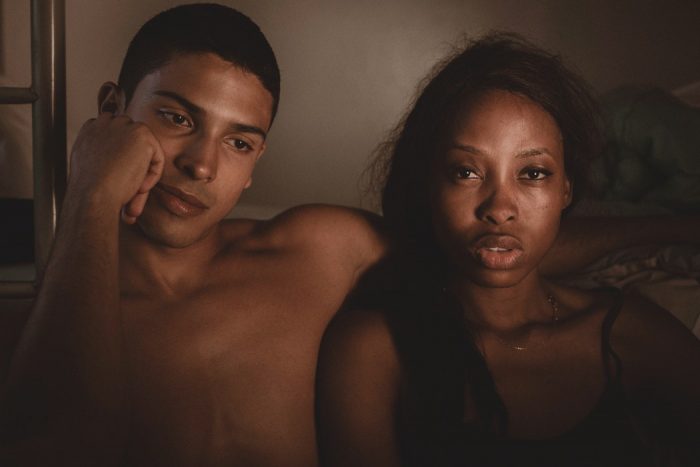 A while back I asked this question on my Facebook wall:

“Women: I’m curious how you “spot” an emotionally unavailable guy. What are the most common signs in your experience?”

I got some great responses, and I asked a similar question to women in my private community.

I geek-out on this subject because I was a very emotionally unavailable man for over a decade and it caused me a ton of pain and was a cause of many failed relationships.

Anyone who’s dated a guy like this can probably understand how frustrating and confusing it can be. So, here’s a quick guide on the eight signs he’s emotionally unavailable:

He’s in constant denial about his feelings by saying, “I’m fine.” This is a classic statement of incongruency that breeds mistrust in his partner. She doesn’t trust him and knows there’s more going on because there is more going on. Most often his denying behavior looks like defensiveness. For example, if his partner says he seems shut down or emotionally unavailable he will declare that he isn’t. He may insist that there is no problem, that they have a great relationship, or that she’s making “mountains out of molehills.”

I often said I was “fine” when I wasn’t. I also denied that I had any issues that needed to be worked on. I never took responsibility and most often blamed my girlfriends for the way I was feeling.

When he’s incongruent, it triggers mistrust. He says one thing, then contradicts it in his actions or words. So, in a new relationship, maybe he says he wants to be friends, then flirts for more, but later holds the boundary line of “just friends” when she flirts back. This can show up as him insisting on arrangements that are one-sided. For example, he clearly states he wants intimacy and reassurance like touching base mornings and evenings, or spending much of their free time together, but he is uninterested in sharing feelings, validating her, or being there for her when she’s emotionally in a tough spot and reaching out for support.

A bit like incongruence, but here he constantly changes what he wants and what he will offer. Perhaps he shows up big at first, then pulls away after a few months or years. He may be hot for her one week, only to show little interest a few days later. He’s very hot and cold, push and pull.
It’s normal to experience changes in what we want or need, but he regularly gives just enough to hook her before pulling away. He is keenly interested in one kind of intimacy, but avoids another. This means he can be physically affectionate and want sex (especially on his terms) but stops short at expressing his emotions or his attachment. He can also talk a big game and declare his undying love and devotion, but then avoid physical intimacy.

I did this one with every woman I dated. I’d say I was into them and I was pretty convincing, but a day later, I’d be annoyed and irritable and just want to be alone or with guy friends because I thought they were “easier.”

Deep down, men like this are very ambivalent about being close with a woman for a long period of time. The older a man gets, the more he hates this about himself, and he often stays stuck by staying in the relationship, but giving very little.

At a certain point in the relationship, often early on, he begins to distance himself. For him, distancing is a habit. It feels like his primary relationship is with his phone or his computer, not her. He pulls away or shuts down. He can’t look her in the eyes. He is slow to return texts. He says “I’m busy” or “I’m tired” and vacantly smiles and nods when she shares her feelings or important news, but pretty much stays silent. His disconnection can also manifest in lots of habitual or even compulsive “checking out” behavior, like TV, alcohol, porn, screen time or his phone.

When I used to get triggered by the women I dated, I didn’t know how to be with myself or my feelings so I would simply disconnect or check out. It’s what most normal people do who don’t know how to deal with their internal upset.

After disconnecting, this is where he disengages from the relationship. He no longer puts his resources—time, energy, money—into nurturing the relationship. He stops initiating calls, emails, texts, sex, and conversations about deeper things. He is on his way out and becomes “checked out.” This begins to show up as him always putting himself and his other relationships first.
Another clue can be voluntary changes in routine and habits that result in less connection. For example, consistently making plans with others on his normal date night with his girlfriend, without setting an alternative time with her.

She’ll also notice that he’s not interested in topics important to her. Not only the relationship and her feelings, but her life, work, family and aspirations. He shows little interest in their life together, from household issues to vacation or weekend plans. This can also manifest as constant “forgetting.”

For me, the moment my relationships got hard, I’d have a very hard time showing my genuine interest, so I put on a fake smile and said things were fine. But inside I was truly losing interest mostly because I didn’t know how to deal with the relationship challenges. And it showed.

He indirectly or directly labels her as “too much,” “too sensitive,” “too serious,” “too dramatic,” “crazy,” or neurotic for sharing her feelings and wanting to talk about the relationship and deeper subjects. When she shares her upset and difficult feelings, he makes her wrong for “making such a big deal out it.” He’s consistently unwilling (or unable) to see her point of view as a valid possibility, and thus, won’t validate her feelings.

Whenever my girlfriends would tell me their upset, I’d become the coach or helper trying to fix them or make them feel better, which often resulted in them feeling dismissed.

He might even avoid responsibility for ending the relationship, long after he has lost interest, saying things like “you deserve better than me” and trying to get her to make the decision.

The only thing I ever owned was that I didn’t want to call her my girlfriend. I didn’t want to say “I love you” because that was reserved for when I met The One. Imagine how the women I dated felt. Yikes.

He flat out lies and not only withholds his love from his partners, but he literally doesn’t share certain things. Inside his head he justifies this as “If I tell her this she’s just going to freak out and it’s not that big of a deal, so there’s no need to tell her.” But deep down he’s simply scared of her reaction and the conflict he’ll have to deal with (that he doesn’t know how to deal with) when she gets upset. He may also tell someone that he’s happily married but be leaking or running sexual energy with other women. He doesn’t want to end his marriage or give his spouse a chance to pull out. He wants to keep what he’s doing a secret until it runs its course. In general terms, he’s majorly dishonest with himself and other intimate people in his life.

I wouldn’t tell women that I was beginning to be interested in someone else. I was too scared and freaked out to let her know for fear of creating more drama I didn’t want.

So, now we have a portrait of this guy.

But remember, this guy isn’t wrong, and it’s not necessarily his fault. If he’s a normal male, he was conditioned into this through his upbringing and doesn’t even know it’s going on with him. Thus, underneath all of these behaviors lie unconscious motives that serve to keep him safe in his comfort zone.

So, if you can relate to this and are with a man like this, he needs your help, starting with a gentle kick in the ass. You can begin that process here.
~ 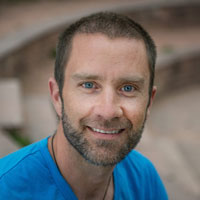 The 15 Most Common Blocks to getting the Partnership you Want This Year. The Top 6 Things Women Want from Men (Advice from over 200 Women). Two Words That could be Hurting Our Relationships. How some Men show their Love & why most Women don’t Get It.
See relevant Elephant Video