Canada should Abolish the Indian Act—and this is Why. 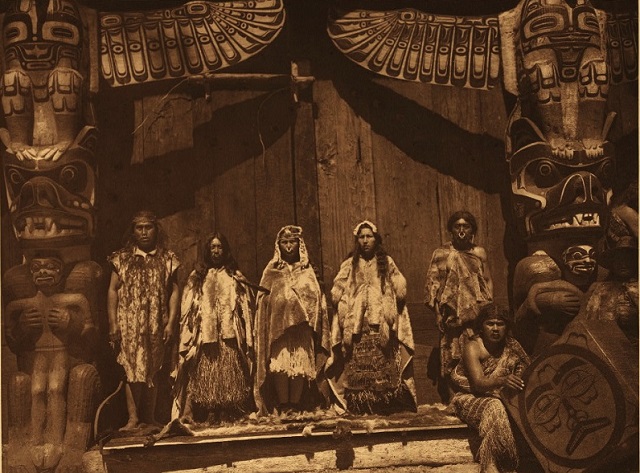 Canada should abolish the Indian Act of 1867, which was designed as a method of assimilation, making Indigenous peoples wards of the crown.

It was the Indian Act which created the residential schools by forcefully removing children ages 6 to 16 from their families and placing them in a brutal, foreign, institutional setting in which they were punished for speaking their native tongue.

More than 6,000 children died—some from tuberculosis (TB), some from trying to escape—but so many died that there was usually a graveyard adjacent to each school, rather than a playground. Although communities would try to hide their children, the Royal Canadian Mounted Police (RCMP) would come and tear them away from their parents. The last school did not close until 1996.

For more than 100 years, First Nations have struggled to overcome this legacy and loss of cultural identity in which even their individual names were changed to English ones by “Indian agents.” Even drumming circles were outlawed in Nova Scotia until the 1960s.

In British Columbia during the 1920s, the Potlatch tribes were arrested for giving gifts; the gifts were confiscated, the artifacts later displayed in museums. Indigenous culture was basically outlawed throughout Canada for over a century.

Some Canadians complain that this is the price of funding; but the truth is that the reservations are under-funded—with schools, for example, getting only one-third of the money that non-band schools get. Thus, the schools are moldy and without libraries—and like the homes, they are often without clean drinking water.

Is there any wonder why there is always a steady exodus from the reservations?

The Indian Act is beyond repair. Canada needs a new act—one that values the diversity and great contributions of its Indigenous peoples.

In fact, the Canadian anthem should be sung: “Oh, Canada, our home ON native land…”

I’m surprised this law still exists in Canada! What does Trudeau say about it?

I’m surprised you ended your article where you did and didn’t include the reams of *recent* information in the media about efforts to right the wrongs you cite. We ARE abolishing the act. We ARE attempting to mend relationships with those who were shunted to schools. We are trying to make restitution – in any way we can. We ARE finally listening. We have a long way to go but your article sounds like it was written in the 1970s or earlier and does in now wat reflect what’s happening now.

Cindy Chiperzak, I know the Trudeau is trying to make restitution with First Nations, and yet so little has actually been accomplished–esp. in terms of Missing and Murdered Indigenous Women. And he has ignored BC First Nations protests vs the Kinder Morgan pipeline; they were not actually consulted. This has been coming out in the most recent wave of news. Most Indigenous Peoples on reserves want more autonomy and self-government, and want Ottawa out of the business of paternalist overseeing their reserve governments. Please feel free to share ANYTHING you have found in the news to show that there is an actual movement in process toward abolishing the Indian Act. A recent article in McCleans magazine said the opposite, that in spite of the Trudeau government’s verbal aspirations, the colonial stance of the Indian Act is still very much in place. Part of the problem is that the reserves with the greatest poverty are the most dependent on the meagre funding provided by the Act. So not all First Nations are united in the desire to free themselves of it, although the majority are.

In regard to the inquiry into “Missing and murdered Indigenous women”–it has been failing, because it has only re-traumatized families. A report by the Native Women’s Association of Canada, which came out May 7, 2018, calls on the inquiry leadership to apologize for the lack of transparency and accountability, and for failing to provide travel compensation for families taking part in the hearings across Canada. This report also urges the inquiry to release publicly the details of its budget and to redesign its communication strategy to shift the focus to the actual stories of the many missing and murdered Indigenous women and girls. Canada and this inquiry still have a long way to go toward reconciliation of past injustices, and, sadly, of present ones.