The Blessing of Lost Hope. 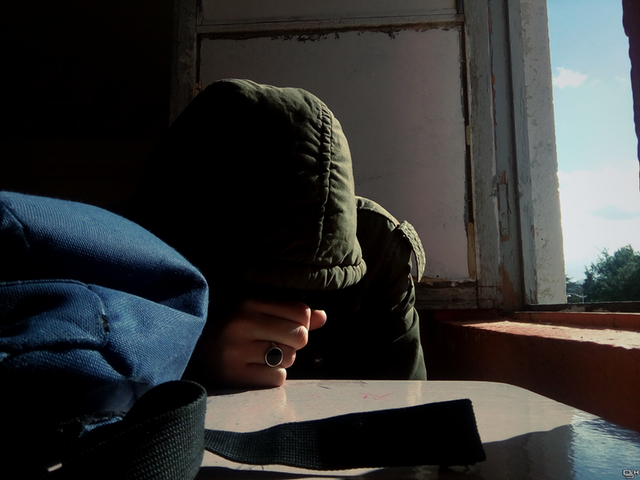 I spent the first 31 years of my life living on hope.

And other times it was a blind and desperate hope—a need really—to believe that there was something more to life than this.

For 31 years, I lived on hope. And for 31 years, I was constantly disappointed. I entered new relationships hoping that my partners could heal the psychic wounds I carried.

But it never worked out.

The reality of life never matched the vision in my head

The breaking point came when I quit my job, gave away all of my possessions, and spent eight months working on organic farms. At that point, I’d decided that I was officially done with both corporate america and conventional society.

My plan was simple: I’d work on a few farms in order to “get my hands dirty,” and build up my “natural living resume.” Then, I’d find an intentional community to join, and live out my days with peace-loving hippies.

I should stop here, and say that I wouldn’t trade that experience for the world.

I built a tiny house in Indiana. I planted an orchard in New York. I learned how to manage a green house, care for transplants, and make friends quickly (an absolute must when you’re living on the road).

But I also learned that people are people no matter where you go. If you get a large group of people together, cliques will inevitably form. And even so-called “spiritual people” can turn out to be bullies.

Looking back, I realize that my goal was to escape the problems of our world by living on a farm. But reality is a crafty beast. It hid away in my backpack, and followed me out there. I’d hoped to find Utopia while I was traveling. Instead, I just found more of same. So I gave up.

Instead, I turned my focus to making the best out of my boring, conventional life. I got a job, I put back on my shirt and tie, and I just lived—with the expectation that my life would never be any different than what it was at that moment. I won’t lie to you. At times, this was very grim, depressing work.

But I stuck with it, and eventually a feeling of freedom started to emerge. I wasn’t constantly staring at the horizon anymore. There were no worrisome thoughts about what I should be doing or trying to accomplish.

Without hope, the only thing left to me was the present moment.

Without dreams, my only job was to live in that moment with the entirety of my being. And the more I did that, the more my sense of freedom grew. Eventually, it turned into contentment and a feeling of inner peace.

That’s where I am these days. It cost me all of my dreams and aspirations, but I finally have a measure of peace. Ironically, I think that’s what I was hoping for all along.

Of course, I still have some ideas about the future. In my weaker moments, I dream about the places I want to visit and the things I’d like to see before I die. But I also understand that while those things are interesting, they won’t bring me lasting happiness.

In truth, there’s nothing beyond the horizon, that I can’t find right here. In the end, there will never be more than this moment. And this is more than enough.

How to Quit your Job & Live in a Van.

A Heart-Stirring Poem for those who wish they could Start Over.