The Diagnosis: The day nothing, and everything, changed. 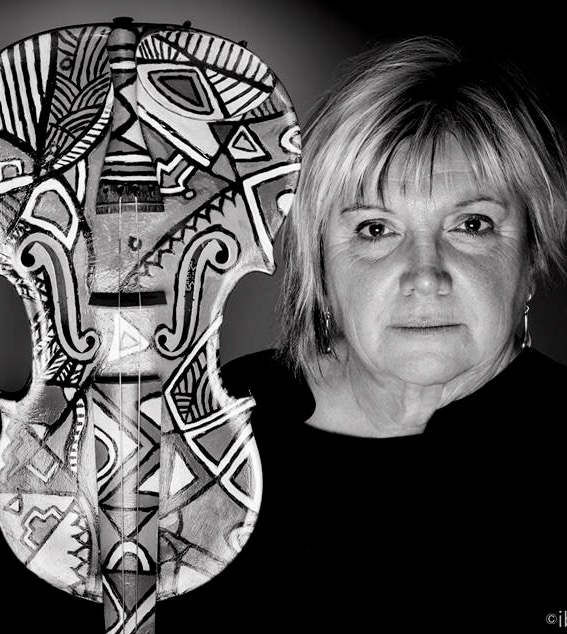 “You have mycosis fungoides.”

I looked at Dr Ng, at the expectancy on his face, and I knew he was waiting for a response. For tears, hysteria, rage. But I felt nothing. I knew I should cry, or yell, or at the very least school my face into an expression of shock. I couldn’t pretend, though. I’d expected this diagnosis, and I couldn’t now assume a devastation I wasn’t feeling, just so that this young dermatologist could carry on with his ‘You’ve got cancer’ script.

I knew what mycosis fungoides was. I’d googled. I’d trawled through the pictures of hideous disfigurements, read about the possible treatments and the impossibility of a cure. I’d grappled with the life expectancy statistics, and read about MF’s sister disease, the sezary syndrome, which looked and sounded so much worse. “At least I don’t have that,” I thought. I’d wondered. (Actually, I do, but that was next month’s news).

The most famous sufferer of mycosis fungoides is Paul Eddington, of Yes, Minister, and Yes, Prime Minister fame. I’d watched every episode, searching for evidence of disease progression, but found none. Make-up artists are very skilled these days, but surely they couldn’t hide the sort of disfigurement I’d seen on Dr Google. Perhaps I’d be like Paul Eddington, and carry on without hindrance for years. Apparently he retired when he started turning black. I guess even the makeup artists couldn’t disguise that.

I noticed Dr Ng, still waiting expectantly, the concern on his face stiffening with the strain of holding it in place. I took pity on him. “So what happens now?” I asked.

“Well, the first thing you need to know is that there’s no-one in Tasmania who has any real expertise in this condition. You’ll have to go to Melbourne. Miles Prince, at the Peter MacCallum Cancer Centre is one of the foremost researchers into cutaneous T-cell lymphomas. We’ll need to consult him before deciding how best to proceed.”

I still felt nothing. Even the mention of the Peter MacCallum Cancer Centre, which should surely have filled me with dread, didn’t stir my emotions. Cancer had always been my greatest fear, and yet now it was confirmed, definitely, I didn’t seem remotely bothered. I understood that Dr Ng felt nonplussed. I was even taken aback by myself. What was wrong with me, that I couldn’t summon up a normal human response to my own cancer diagnosis?

I realised Dr Ng was still speaking. Wondering what I’d missed, I tuned back in. “…we can give you topical ointments, in the meantime, to help ease the itch, and make you more comfortable.”

At last, something I could respond to with some feeling. “ That’d be great,” I said, with heartfelt gratitude. That itch had driven me to the verge of insanity. Night after night, I would prowl around the house, unable to sit still for more than a few minutes. I watched my favourite TV programme walking on the spot. As soon as I sat down I would begin to claw at my skin, desperately trying to reach in to the bone, or even inside the bone, to where that itch hid out, waiting to inflict its torture. All over the house were little piles of skin, scratched off during my nightly rambles, a disgusting reminder that something was not right. Over the years I tried every cream, every anti-histamine the chemist could offer. Nothing touched it.

“ How long have you been itchy for?” asked the ever-persistent Dr Ng.

“Oh, about eleven years I think.”

Actually, I knew. I was still living with the Old Bastard, although the relationship was already in its death throes. Suddenly, as if at the flick of a switch, the itch began, and the incessant, maniacal scratching. With all his usual empathy, the OB became irritated. He gave the itchy bit a cursory massage, and seemed to think he’d solved the problem. The itch, of course had other ideas – it moved. Still scratching, I heard his rusty voice saying, “Why are you still scratching? I just took care of that.” Later, I would blame him for this illness, but for now, I just remembered. And felt vindicated, that there really was something wrong.

“How on earth have you carried on working for all that time, with this level of itch?” I liked the incredulity in Dr Ng’s voice. It made me feel as though I’d done something outstanding, stoical, that not many could have done. Somehow, his question made me feel worthy, even admirable. I gave it some thought.

“Well, you can’t actually play the viola and scratch at the same time. I just got on with it and scratched in the rests.” I didn’t tell him how I longed for those rests, how I would look ahead and count the bars till the next scratching opportunity. Didn’t tell him about the stupid little calculations always going on in my head: “was one bar enough time for a scratch? Or even just two beats?” Although the relief was only ever temporary, I always hoped for better. Each scratch might be the one.

I didn’t think to ask whether the splits in my fingers were due to the disease. Taping up all my fingers so I could play was a much greater inconvenience than the itch. Stupidly, I hadn’t yet made the connection.

Something about my answer caused Dr Ng to suspect a flippancy I was not actually feeling. “Jo, this is a serious condition. It’s not to be taken lightly.”

I wanted to explain. To tell him that I wasn’t taking it lightly, but that somehow, since walking in to his immaculate, sterile, impersonal consulting room, I had mislaid the ability to feel anything at all. But I couldn’t find the words, so I gazed around at all the gleaming instruments of medical mystery and just said, “I understand.”

Dr Ng continued, “Once you’ve seen Miles we’ll be able to start making you considerably more comfortable. There are various drugs we can try before we go down the chemotherapy route. To treat the skin, we can try a UV light treatment, and there’s a blood-cleaning procedure that’s having some good results. We take the blood out, clean it, and put it back in. I can do the UV treatment here, but you’ll have to go to Melbourne for the blood-cleaning. None of this will cure you, but we can manage your symptoms quite well.”

It was the longest speech I’d ever heard him make. I sensed it was the speech he’d wanted to make from the start, but my lack of emotion had robbed him of the opportunity. Until now. Having delivered the necessary information he was unobtrusively winding up the consult. Although uncomprehending, I suspect he was relieved that there’d been no need to proffer the tissues placed strategically on his desk. He could get on with his day without all that messy aftermath of emotional chaos and despair.

As he shook my hand, he made one final attempt to reach me. “You should expect considerable disruption to your life. Nothing will be the same, “ he warned.

That morning, I left the spotless room and headed for my car. I was on my way to work, where I planned to carry on exactly as normal. After all, nothing had really changed.

Two years on from my diagnosis, I am struck by the power of labels. Giving my clutch of symptoms a name was initially affirming – it reassured me that I wasn’t making a fuss about nothing. Briefly, I saw myself as a sick person, and indulged in much black humour about early death. Then I realised the truth of what I’d said: nothing had actually changed – my body was in exactly the same state as it was the day before the diagnosis. The label changed nothing, but at the same time everything is different now. I live more meaningfully, and don’t get upset by trivialities. My ego has taken a back seat and I treasure the important people in my life. My health is immeasurably better, thanks to great doctors. I listen to my body, rather than forcing it to co-operate. If I’m tired, I sleep. If I’m hungry, I eat. They’re both firsts for me. Cancer is not a sword of Damocles hanging over my head, but rather a reminder to live well. I’m so lucky that my illness is not yet disabling. The label has brought learning, enrichment, and an undreamed of quality of life. For this I am profoundly grateful.

Thanks for such beautiful words.