Who is OSHO the “Guru”  that everyone quotes? (revised). 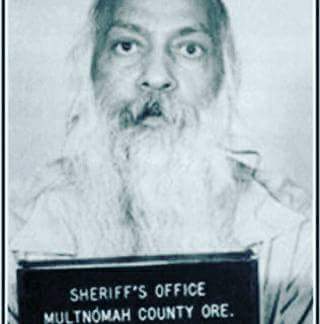 He used to be a comparative religion professor in India. Hence the quotes attributed to him which come actually from reworded statements by Jesus, Buddha, Rumi, Hakim Sanai etc.

I used to be a follower in 1980 but did not like the direction that Rajneesh group was going so I switched my spiritual attention to Quakerism, The Buddha, Jesus, Rumi and Sufism.

Many of us who know the full story find it very offensive to see pious pictures of Osho posted with reworded quotes from the world’s greatest mystical traditions.  It’s an attempt to change spiritual history.

These Osho quotes are an attempt to change the unpleasant history of Bhagwan Shree Rajneesh into that of a great guru.

Followers of Osho could more profitably shift their attention to the great vast mystical literature of the last 2500 years.  There is much more to learn than is present in the few Osho quotes plastering the internet!

Osho is attributed with writing 600 books, but that’s easy when you have all the literature of the World Religions to draw on!

He changed his name to Osho to hide the crimes after the group was convicted.

It would make a great Feature Film!

That picture is the police mugshot from the news.  For those who wish to research it further there are many documentaries written about the Rajneesh or Osho movement.  This is one of the more carefully written documentaries.

Many thanks to Kevin Shepherd, the author.  It’s a scholarly work.  I am just pointing to his masterfully written documentation shown here:

As wise as Osho books sound it’s all pre-existing wisdom borrowed from historical spiritual writings repackage by the narcissistic Rajneesh. You can read about the suffering, poisonings and thefts of his movement that also resulted in Osho owning 99 Rolls Royce cars. He changed his name to Osho to help market his books without people remembering the criminal activities of Bhagwan Shree Rajneesh now rebranded as Osho.

I felt compelled to burn all my Rajneesh books years ago after participating in a forum where I learned the details of Rajneesh and the behind the scene details. I have never owned an Osho labelled one. The Osho books are identical to the Rajneesh ones in every way including cover pictures.  Only the name is changed to Osho to fool the public!

If you miss the Osho books
*****************************
Look to Rumi, Hakim Sanai, The Dhammapada or other Buddhist books, the Gnostic gospels or meditative Christian literature by Thomas Merton, Pierre Teilhard de Chardin or Quaker mystical literature.  Those are Osho’s major sources. This is beautiful literature! Read the real thing!

Some people in the movie industry feel this would make a great Feature Film!  All the historical research is online on many websites. He is widely quoted and rebranded as Osho. It would make a dynamite movie!

Please comment if you have new information concerning corruption or abuse from this man’s activities over 30 years ago?

Please forward to the Oregonian.com newspaper through the editor Margaret Haberman …
[email protected]

Note that any Pro Osho comments should be deleted!

Ian Faulkner of Vancouver Island is known as a “crazy eccentric inventor” by his friends and neighbors because he does not own a car, has supported his family for 40 years by inventing electronic products, and has dozens of unusual hobbies. He is a Sufi, Buddhist, Christian, and Taoist spiritual explorer using meditation, psychedelics, bodywork, and ecstatic dance. Ian’s professional skills include electronic engineering, Trager massage, intimacy education, web journalism, and scientific research for product development. He has many hobbies including beekeeping, alternative medicine, photography, rock collecting, astronomy, mushroom study, jewelry making, dancing, yoga, and meditation. He is active on Facebook and maintains many web sites which are showcased on the landing page.