Yoga’s Place in the #MeToo Movement. 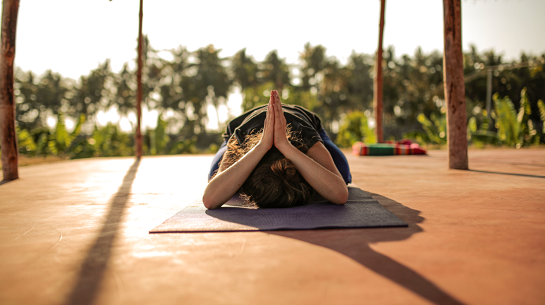 Thanks to the #MeToo campaign, started by Tarana Burke, more and more women are disclosing their stories from Hollywood to the Yoga world to government. There is newfound hope that things could be about to change for the better, hope that the more this is spoken about the more understanding the world will have about what is and isn’t acceptable and the safer we will all be.

A huge part of what drew me to Yoga is the healing aspects of the practice. In a world where women’s bodies are constantly objectified, where we are often made to feel like our bodies don’t fully belong to us, Yoga has helped me to come home to myself.

I will name a handful of my #MeToo stories from my travels. A man nearly punched me at a bus stop for politely asking him to stop sexually harassing a female friend. I was grabbed and cornered on my way to the supermarket by a group of men calling me a “pretty young girl.” I was flashed at. I had my boobs / bum groped on multiple separate occasions. A male driver made sexually aggressive comments and stared at my chest instead of the road then kept me in his locked car until I let him kiss my hand in order to be allowed to exit. I was grateful that was all he made me do.

I long to find somewhere safe in the world, somewhere women don’t have to be on guard. Countless incidences of street harassment, abuse and assault happen here in the UK meaning even home doesn’t feel safe. Home is actually where I first learnt how many men are capable of sexual misconduct. So where actually is safe?

I’d like to think that the Yoga world is by nature a safe space for women but unfortunately that’s not always the case. Survivors are speaking out on the sexual misconduct and assault of students by Yoga teachers. Allegations have been made against Pattabhi Jois, Bikram Choudhury & Dr. Kausthub Desikachar. Yoga teacher and activist, Rachel Brathen, compiled a post of #MeToo stories of the Yoga world from women, and some men, in order to break the silence and shed light on the shadow side of the well-being industry in the hope for change.

I, myself was in a difficult position staying with a wellbeing centre on my first solo trip abroad. The much older guy who ran the place was a Yoga teacher and I naively thought that meant he would be trustworthy. However alarm bells sounded when he was physically intimate from the start in a way that put me on edge. When I told him it made me uncomfortable he managed to emotionally manipulate me into thinking I was causing an issue out of nothing then continued with the touching. My gut feeling was right because I later found out something abhorrent he did to another young female guest whom I never met. That is not my story to tell.

These are just a tiny selection of anecdotes from my collection over brimming with similar stories. I am only 25. I have mentioned some of the “typical” things most women experience. Every woman I know has her own long list. I’ve also censored myself, because it’s hard to break out of the shame that so many of us have been made to carry. I’ve written about the “everyday” violations but have not found the words to write about the violations that nearly destroyed me, the ones that still give me nightmares.

We’ve stopped being surprised when hearing each other’s stories. It’s become some kind of “normal”. Collectively we are processing so many traumas when it comes to our bodies whether being groped on a night out by a stranger, sexually abused by someone known and trusted or any of the hundred other types of violations that happen every single day across the globe.

The perpetrators need to be held accountable. Even the “good guys” can be capable of disrespecting boundaries which shows how desperately we need proper education on consent. We have a lot of work to do to heal this collective wound and pave the way for a better future where everyone has a real understanding of consent and respect for each other’s bodies, minds and souls.

I believe that Yoga is a powerful practice to help us learn this mutual respect and compassion, as well as heal from the lasting effects of trauma. Yoga means “to unite” or “to yolk together.” I have seen some great men in the Yoga world take responsibility for upholding the values of Yoga, making sure that the place many of us come to heal is a nurturing, respectful and safe environment. I hope with every fibre of my being that all men in a position of power, from the Yoga community to Hollywood to government, will start to do the same.