Have you ever found yourself reading a book when all the people hanging out non-chalantly around you suddenly break into a spontaneous pillow fight?

What about minding your own business in a train station when an organized dance routine to ‘DoReMi’ from The Sound of Music manifests?

Well some people have and they unwittingly found themselves witness to a Flash Mob.

A Flash Mob is an organized event in a public space meant to create some sort of out of the normal disturbance to the normality that surrounds it. They have been popping up everywhere from Singapore to Stockholm and all places in-between.

So you might be asking yourself what is the purpose of a Flash Mob? A common Flash Mob attendee may say something along the lines of by creating out of the ordinary situations at ordinary times it helps to break people out of their normal lens of perception. It can provide humor and shake paradigms.

Well then it would be called a Carrotmob.

Carrotmob is a type of consumer activism in which businesses compete at how socially responsible they can be, and then a network of consumers spends money to support whichever business makes the strongest offer. We harness consumer power to make it possible for the most socially-responsible business practices to also be the most profitable choices. It’s the opposite of a boycott.

This video explains briefly how a Carrotmob works.

Carrotmob began in San Francisco and this short video documents the first Carrotmob and how it works in action.

By dangling the carrot of an organized group of consumers and their money to businesses we can ask them to compete for our business. To get us to come spend our money at their store they must meet certain criteria. By having businesses commit a % of the money they make on the day of our organized buy to environmental improvements Carrotmob has found a way to truly make our money count.

It’s simple; the business which agrees to spend the highest % on our choice of improvements gets our business and others don’t.

Once the store is chosen, a day is organized and you go buy some toilet paper, skittles and Mike’s Hard Lemonade all for the benefit of the planet.

In April, one of my oldest friends and fellow Dharma Brat Nico Koenig organized the first Carrotmob in Toronto, Ontario. In the original Carrotmob seen in the previous video the winning store, K & D Market, donated 22% of the proceeds towards improvements.

During Nico’s Toronto Carrotmob the store donated 100% of the proceeds to energy efficiency improvements and providing more local food!

This model works to harness our money to give power to the consumer and affect change in much larger systems.

As stated in the second video,

So, let’s do it. I live in Boulder, Colorado. Are there any other Boulder folk interested in organizing a Carrotmob? Email me at [email protected] and let’s make it happen!

And if you don’t live in Boulder, which many Elephant Readers don’t, check out this list of Carrotmob’s happening around the world and connect with one in your area. If there’s not one, think about starting one. The Carrotmob website has a very thorough explanation of how to make a Carrotmob happen and as can be seen by the amount that have already been successful; it works! 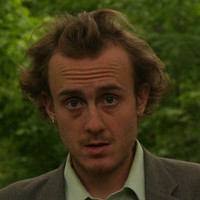