Step away from the Tingle Tip

There I am sitting with my six year old daughter on a rainy English summer day, drinking white monkey green tea in a quaint English café. A wee taste of China in the county of North Yorkshire England. We decided to attempt a word search in one of those glossy monthly magazines. I’d be the first to admit I’m not a fan of female magazines, filled with advertisements and tacky stories, but as I flicked through the pages there it was, plain as can be in front of my eyes: the Tingle Tip.

Check it out for yourself. This device fits on the end of your electric toothbrush and one size seems to fit all. Even as I write these words, I’m in awe. Would we ever have believed that inventions could really go so far? Call me old fashioned, but as well as this little teaser, the word is out that the electric toothbrush itself has a serious alter ego and the soft part (wherever that may be) has also been known to have its uses as a Clitoral Stimulator.

Hence the fact that million dollar companies have decided to cash in on the perfect female accessory, Madame Tingle Tip (she deserves the sexy French title, don’t you think?). Okay a million dollars may be a bit of an exaggeration, but this baby is certainly going to be worth her weight in fine gold. After all, the Tingle Tip is likely to catch on. Women love their handbag accessories, and this is certainly the ultimate!

Please forgive me if at any point there is so much as an ounce of judgement in my words or a stab at attempting to project what is right or wrong. I am purely making an observation and I encourage you to do the same once you’ve read on.

How was it for You?

So now that you’ve got over the shock, checked out the clip on You Tube, maybe even had a look at the Tingle Tip website and placed your orders, (please bear in mind I’m not on Tingle Tip commission)…the question I’d like to put to you is simply this.

“Are we so out of control with sexual desire that we feel the need to use household appliances to gain pleasure?“

Please take a moment to ponder this question before answering.

Then I also started to wonder: at what point did leading toothbrush manufacturers and chief executives sit down in a boardroom and agree to this proposal with a huge handshake and a colossal grin on their faces? I’m guessing (along with many other curious minds) it woulda been a once in a lifetime experience to be a fly on that wall.

In England we love our tea, so I cordially invite you to take a break, make a cup of Yogi Tea just like i showed you earlier in the month (you must have realized that at some point there had to be a good reason why you would drink this stuff) or grab a coffee if you must, because now I’m about to get a little serious.

Believe it or not as I began to think a bit more about this piece of vibrating plastic, I delved deeper into the yogic perspective. As someone who has been exposed to yoga for more years than I care to mention, I decided to look at the teachings and what they would have to say and at no point did I notice any references regarding Vibrators or Clitoral Stimulators, which wasn’t too much of a surprise. However there are hundreds of ways of viewing sex and the use of sexual energy from many angles and many different traditions. I’m not about to pinpoint them all, but let us look at the Kundalini yoga perspective because it offers a balanced view on Human Sexuality.

Within Western culture we are taught to view sex in terms of pleasure and reproduction. There isn’t that much education on moderation of sex in order to maintain a healthy nervous system.

When practicing Kundalini yoga, sexual experience in the correct consciousness brings with it an experience of bliss, you may want to call it God bliss if that floats your boat. However before this can occur it’s important to charge up your sexual batteries, which will help to maintain potency in the reproductive centers.

Now let me get into a bit of technical information. Seminal fluid produced by men and sexual fluid produced by women contains a high level of minerals and elements that are crucial to nerve balance and brain function. Let us say that this stuff is the Elixir of life, it helps to balance all body systems and functions. If and only if the sexual fluid is allowed to mature and not constantly be used up, you get where I’m coming from? Excuse the pun. It will be re-absorbed by the body and its essence (if you want to be yogic about it) or Ojas are transported into the spinal fluid.

Don’t Expect the Car to Run Without Gas.

The human body and mind run the same way as a car. We don’t expect them to run up to full capacity without fuel. Approximately 90% of sexual energy is used to repair and rejuvenate the organs of the body. The normal span of potency for a yogi is equal throughout the length of their life. In the Western world potency starts to wane in the early 40’s. Now that’s scary.

So in my opinion, and remember this is only my opinion: keep it to yourself, allow it to mature and get the most from your sex life—unless of course the latest handbag accessory is looking just too good to resist.

Whatever you do, have fun. 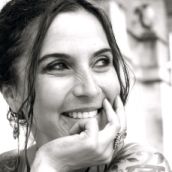 Indra Singh loves to write anything from Yoga Articles to Creative Writing works. She is a full time mother and works predominantly in the world of addiction therapy, helping … Read full bio