Gita Talk #4a: Gandhi’s Bible or a Call to War? 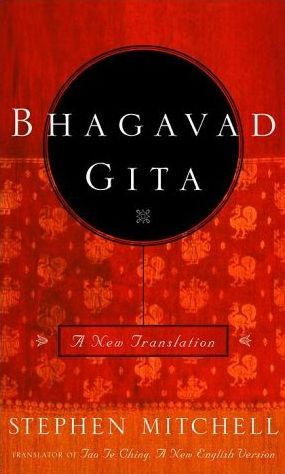 One of the first difficulties that confronts the new reader of the Gita is that Arjuna is being urged to fight a bloody war, one in which he knows many of his friends, teachers, and relatives will be killed.

This can be somewhat of a shock to someone reading the Gita for spiritual enlightenment, perhaps aware that it was one of the guiding lights for Gandhi.

How can we resolve this issue of the Gita’s attitude toward war?  Here are a few suggestions:

1) You can decide that this is a justified war. Think of his opponents as like the Nazis–they need to be stopped or they will enslave us all. It’s not obvious in all commentaries, but some make it clear that Arjuna’s opponents, at least its leaders, are really bad people. They are dishonest, violent, abusive, immoral, materialistic, and power-hungry.

2) You can see war as a metaphor for struggle. It’s true that the Bhagavad Gita was Gandhi’s bible.  The ultimate pacifist concluded that war was an ordinary human activity back then, like going to the office for the elite classes.  It’s what they did, so that was an obvious example to use at that time.  But it’s just a metaphor now.  Perhaps it was a metaphor even back then.

Gandhi and others simply convert Arjuna’s battle into their own life struggle, even a rigorously pacifist agenda like Gandhi’s.  This point of view removes the difficulties of justifying violence.  The Gita helped Gandhi give himself completely to his mission, which was to free India though non-violent means.  See Gandhi’s The Message of the Gita, p. 211-221 in Mitchell.

3) A third way to reconcile the war setting is that many commentators think the Gita was grafted into this context from another source, since the vast majority of it has nothing to do with war, and, in fact, much of the Gita is more supportive of Gandhi’s pacifism than war.  It really does seem like a complete non-sequitor when, after a long flowing passage about loving all beings as one, Krishna will suddenly say, “So now go out and kill like crazy.”  Probably a bolt on?

Just when I was feeling self-satisfied about the “war as metaphor” and “Gita as bolt-on” approaches above, we got this moving comment on Gita Talk #3 from Debyoga:

The first time I read the Gita…was several years ago when my son was in Iraq. It was actually an assignment for my 200 level yoga teacher training. I can definitely relate to p. 18 when Mitchell says the following: “When you approach it as a sacred text, you can’t help standing, at first, in the place where Arjuna stands, confused and eager for illumination”.

I think I felt that at the time because war was so real to me. It was difficult as Mitchell wrote about whether Arjuna should fight as being the secondary question. I was a little angry about the wars and the fact that my son and other sons and daughters were there too. Overtime after several readings, even if I didn’t have the exact clarity of the primary question, “how should we live?”, p. 18 I think I got to that place with the Gita.

I suppose what I’m trying to say, it that it was then as it is now, very much a part of my yoga journey and I think by the focus being on “how should we live” wars would cease to exist.

Please give us your thoughts:

• How do you choose to deal with the battlefield setting of the Gita?

• How do you feel about Gandhi’s essay The Message of the Gita?  Why do you think Mitchell chose to take the unusual step of including it in his book?

• Have you read other commentary on the Gita you’ve particularly liked?

Next week will be our last regularly scheduled Gita Talk.

If you’ve been away, this is a great time to rejoin us for the Grand Finale.
We’ll look back at all the “Big Ideas and Best Quotations” of the Gita.
I hope you’ll dive in with all your ideas and questions.

Please see
Welcome to Gita Talk
for all Gita Talk blogs and general information.
Jump in anytime and go at your own pace.