One More Reason To Read The Label On Your Milk.

Win One for Consumers…and Cows.

A landmark federal court decision now allows organic producers to include on their labels the fact that their cows were not treated with genetically engineered, synthetic growth hormones.

A landmark federal court decision this week is a big win for the consumer’s right to know, and for organic dairy producers and other dairy farmers who do not use artificial growth hormones in their cows. Now, these producers can include on their labels the fact that their dairy products are made without the use of genetically engineered, synthetic bovine growth hormones.

Used to artificially increase milk production in cows, GE bovine growth hormones are a short-term profiteer’s dream in that they increase immediate milk production by 10%. Yet, it often comes at a cost to the cow’s long-term health. Not only is the use of growth hormones in industrial agriculture a significant animal welfare concern, but many questions remain as to its safety regarding human health.

Here’s the story: a few years back in Ohio, a number of organic dairy farmers, and conventional dairy farmers who also chose not to use these drugs on their animals, started including on their milk cartons and dairy labels the fact that their products were made without the use of recombinant bovine growth hormone (rBGH), also known as recombinant bovine somatotropin (rBST).

Bowing to the pressure of industrial dairy lobbyists who did not want consumers to see this information on the labels of their more sustainable competitors, the Ohio Department of Agriculture and Ohio Governor Ted Strickland in 2008 issued an emergency ruling prohibiting dairy processors from making claims about the absence of rBGH, unless they also included an impossibly long disclaimer on their products that basically said there was no difference between their products and products produced from rbGH-treated cows.

The Organic Trade Association (OTA), representing organic producers, immediately filed a lawsuit challenging the ruling. After more than two years, this past week the U.S. Court of Appeals for the Sixth Circuit overturned the Ohio Governor’s emergency rule, allowing dairy producers who do not to use rbGH to be able to label their products as such.

According to the OTA, the court’s decision “upholds consumers’ rights to receive truthful information about organic production practices on the labels of their milk and other dairy products. Additionally, it recognizes the rights of organic dairy farmers and processors to communicate truthfully with consumers regarding federally regulated organic production practices under the USDA Organic seal. As a result of this victory for organic, consumers will continue to see truthful information on organic product labels in Ohio and across the country.”

Thanks to the court’s decision, now consumers have more information to vote with their dollars to support a food system that nourishes our health, protects our environment, and treats our animals with care and respect. 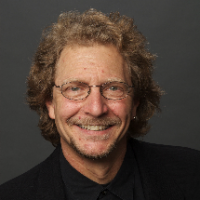 Steven Hoffman, a former agricultural extension agent and co-founder of LOHAS Journal and the annual LOHAS market trends conference, has been involved in sustainable food and … Read full bio