“Who made these rules?”

Tara Stiles and I, and more often elephant’s writers, have had their differences.

That said, I’ve long been a fan of Tara. She is, flat out, a good person. Sure, she treats yoga how she treated modeling—like a career. You know, with ambition, focus, innovation (all those practical, fun, timely youtube videos, her insanely popular Huffington Post blogs). The only time I’ve felt doubtful was in the marketing of her new book. Even then, it wasn’t Tara’s book I had a real problem with, though I do consider the marketing regrettable to this day.

But last Sunday, when I saw “Rebel Yoga” on New York Times, I was happy for her.

Oh…I was happy for yoga, too. I was happy that it was reaching millions. Tara’s had great success already—working with Jane Fonda and Deepak Chopra—but given that Rebel Yoga was for several days the most popular article on all of NYTimes.com has gone a long way toward making her a household name. How many yoga teachers are household names? And shouldn’t yoga teachers and their teachings be as famous and accessible, everyday as baseball or basketball or football or tennis players? Yes. In a world full of confusion and suffering, yes. Yes, yes, yes.

So I not only offer my congrats to Tara. I offer my appreciation. I don’t do so to curry personal favor, As an editor, I can’t afford that luxury—there’s already been not one but two articles critical of the Rebel Yoga article on elephant. I do so because yoga for the masses is a good thing. It’s not an absolute good thing—the marketing and message and heart and intent matter, lots. But getting millions of Americans to think about yoga and thousands more on the mat, breathing in and out, opening up their backs and chests and…minds and hearts…in a nation as speedy and lazy and obese and diet-obsessed as ours…

Below, a dialogue/slash/argument via my Facebook Wall with two friends re: Tara’s success—you’ll see I’m critical and positive.

Tara Stiles, former model turned unconventional yoga teacher, shrugs off criticism from purists by asking, “Who made these rules?”

Keith: Bravo, Tara. I’m amazed at the vitriol that is thrown at her from the “spiritual” yoga community, esp. in Boulder. Power to People!!

Waylon Lewis Really, are you? I love her but her marketing, no fault of hers, is outta control sometimes…it’s no wonder and I say cheers to both Tara (who I love and trust) and those who would prefer a side of meditation or spirituality with their yoga.

Keith: Couldn’t agree more, Waylon. I just applaud her completely bucking the spiritual part, rather then giving it the tepid treatment it seems to so often get, and that seems required to be taken seriously by the larger community.

Keith, amen, you’re hard to disagree with for long. The problem comes up occasionally when the marketing of what and who Tara is doing and who she is is left in the hands of others…she herself is awesome. But marketing yoga as a way to get to size zero is spreading neurosis and weight issues. Size zero!? You know how small that is? Tara herself, again, is who she is and that’s awesome.

The difference, Mathew, is that ‘Angels‘—by that I assume you refer to spiritual types—are quite deliberately on a path to expose their own shit, bullshit, and wake up and be compassionate. And even if that’s not our path, spiritual paths tend to do that to us, hopefully. Meditation cuts itself.

Mathew: I would agree Waylon…but would counter that marketing Yoga as a way to get to “enlightenment” is equally spreading neurosis and light issues!

Waylon Lewis Well, as you well know there’s a middle way. Practice yoga to be present, feel good, be better person..which I think is very much what Tara teaches and spreads far and wide.

Marco: I think you three should market a yoga class together! 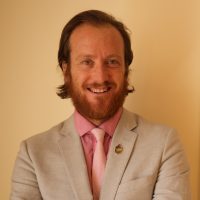