Top 5 Reasons Not to Get Married. 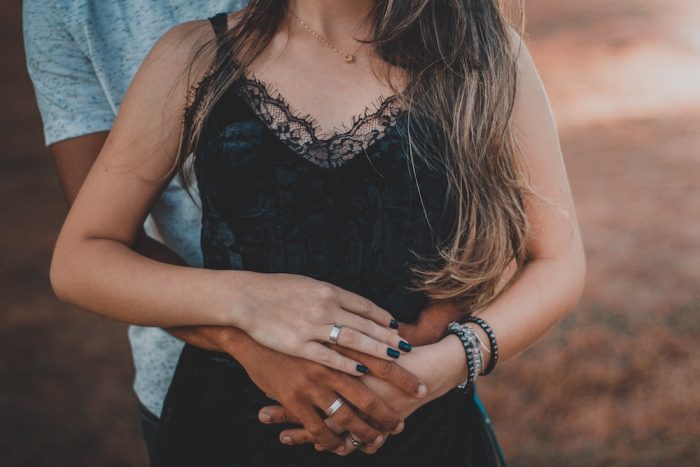 “It is not a lack of love, but a lack of friendship that makes unhappy marriages.” ~ Friedrich Nietzsche

When I go back home for the holidays it doesn’t take long to run into a surly relative or an old friend who feels the need to ask,

“When are you getting married?”

To which I always reply,

Yes, I have been with my partner for almost five years.

But guess what I don’t love..? Marriage.

Here are 5 Reasons I’m Not Getting Married.

1) The Pains of Patriarchy

I, for some reason, agreed to be in my best friend’s wedding (and no, it doesn’t turn out anything like the Julie Roberts movie).

I thought that if I could respect her decision to marry she could respect my decision not to, but I forgot about all the other people who go to those sorts of things. I’m sitting next to her dad while photos are being taken. He leans over and asks the dreaded question, “So, when will it be your turn?” I reply that I have no plans to do such a thing. He says, “Oh, you just haven’t met the right guy yet.”

Right. I’ve just been hanging out with some dude for the last four years that I only sort-of kind-of like. And until Mr. Put-a-Ring-On-It comes riding up on his white stallion to take me away, well, this other dude will have to do. (?!?)

And then my best friend’s dad walks her down the aisle and “gives her away.” Like what happens in every traditional wedding ceremony.

This ritual, both historically and symbolically, gives the woman away as if she is a piece of property that a man is privileged enough to own.

And we continue to do this ritual even though it’s saturated with inequality and starts off the marriage unbalanced.

Don’t even get me started on certain sayings like “man and wife,” which allows the man to be whatever he wants but labels the woman immediately to one specific role.

I don’t find it necessary to participate or support this type of institution (I no longer attend weddings, either). And though many married people have chosen alternatives to these traditions and rituals, when one says they are “married” it carries the weight of patriarchy whether the couple wants it to or not—as well as the weight of sexual acceptability.

As Judith Butler says in her book Undoing Gender,

“For a progressive sexual movement, even one that may want to produce marriage as an option for non-heterosexuals, the proposition that marriage should become the only way to sanction or legitimize sexuality is unacceptably conservative.”

2)  I must find my prince and ride off into the sunset?

When I was a little girl I never dreamed of the picture perfect wedding. When I closed my eyes I didn’t see a big puffy white dress—nope, not me. In my fantasy I was decked out in a blue sequin mini-dress. My long blonde hair flew wild to the beat of loud music. I was surrounded by beautiful people—everyone loving me, me loving everyone. I don’t know why I never pictured myself in a big fluffy white dress. I guess I thought they were ugly. And I thought being a rock star would be more interesting than being a wife. But many little girls do dream (and dream and dream) of the perfect wedding day (if you ever watch TLC, examples abound).

The idea of finding our “one true love” is embedded in us all from a very early age. Watch any Disney movie, see the princess being saved by the prince, followed by the “happily ever after” marriage. (Because in fairy tale land, life ends after the “I do’s”.)

In shoptalk, we feminists call this heterosexual normativity—the practice of encouraging people to fit within heterosexual strict standards of being monogamous, married, usually protestant/Christian, usually white, usually middle/upper class while shunning and making feel guilty those who do not. Examples of heteronormativity are everywhere from Hallmark cards to sitcoms to algebra questions to pop music… Though there is absolutely nothing wrong with woman/man love, of course, what is wrong is making it out to be the only thing that’s right.

One of my favorite theorists, Gayle Rubin, writes in “Thinking Sex,”

These sorts of power dynamics keep people from reaching their true potential and restrict people from enjoying life to its fullest degree.

In other words, I’m looked down upon because I just want to wear my blue sequin mini and “whip my hair back and forth” instead of fulfilling my duty to be “princess” for a day (and wife for my life).

Marriage is the pinnacle of heteronormativity, and I don’t feel comfortable supporting it. Though I am currently with a “man,” not getting married is one way we keep our relationship “queered.”

I don’t believe that everyone is monogamous, or that everyone should be. I think the world would be a much more beautiful place if we were all more accepting and open to other ways of love.

Supposedly around 50% of marriages end in divorce, and the percentage gets even bigger by the second marriage.

So, let me just reinforce this point: half of the people who tie the knot end up needing to untie it later—and usually it’s a really tight knotty knot that is difficult and expensive to untangle.

And I’m the weirdo for not wanting to be a part of that?

Why do marriages fail? Perhaps they weren’t supposed to be together forever to begin with, perhaps they’re too limiting, perhaps the couple lacked necessary communication skills, perhaps the love juices ran out, perhaps…

Perhaps it’s because the institution of marriage is not for everyone.

And it’s about time we all accept it, and accept the people who don’t want to do it—even and especially if we happen to be one of those people.

Isn’t it gross that the health care system in America functions in a way that requires its citizens to maintain a heteronormative lifestyle in order to utilize it fully?

Kathleen Hanna, poster-grrrl for the riot grrrl movement, a 90’s feminist *F*-the-establishment movement, got married for the insurance. This breaks my heart.

I don’t think health care should be a high priority for a major decision like marriage.

It sort of comes off as a nonchalant choice—like egh, why not, it will save us $500 a year, might as well.

But what is most disturbing is the fact that the state legitimizing people who are married over everyone else. Because married couples get better benefits, marriage itself becomes justifiable (even if half of marriages end). As Butler says,

When one marries for benefits one basically says, “yes state, you can control me and my sexuality.”

Yes, being able to see the one you love in the hospital is important, yes health care is important, yes tax reduction is wonderful, yes property ownership is grand, but why can’t we all have these benefits? Why do people who supposedly find their “one and only,” get that over people who may not, or can’t, or don’t want to?

In “The Future is Kid Stuff” Lee Edelman writes,

“That figural Child alone embodies the citizen as an ideal, entitled to claim full rights to its future share in the nation’s good, though always at the cost of limiting the rights “real” citizens are allowed.”

Why do we continue to behave in a manner that we don’t really like just because that’s the way it’s been done in the past? I don’t think any child would appreciate that if she or he knew.

And what about the children?

They think, they learn, they grow.

They are not innocent vessels of pure moral order…and even if they were, pretending that marriage is the only right way to live creates unhealthy boundaries that repress their sexuality and subvert their desires into a social order that is not necessarily moral or ethical.

So, I don’t want to get married for the children: true living breathing walking (crawling) children deserve to understand that love doesn’t have to be the same for everyone and it’s okay to follow your heart, to explore, to enjoy life and all the strange beautiful people in it.

Lee Edelman, “The Future is Kid Stuff” in the book No Future

Michel Foucault, The History of Sexuality

Gerda Lerner, The Creation of Patriarchy

Editor’s Note: there are other perspectives:

11 Reasons Why I’m Getting Married (Again).

Why Everyone Should Get Divorced Before Marriage.