Elephant sells for $49 million to… 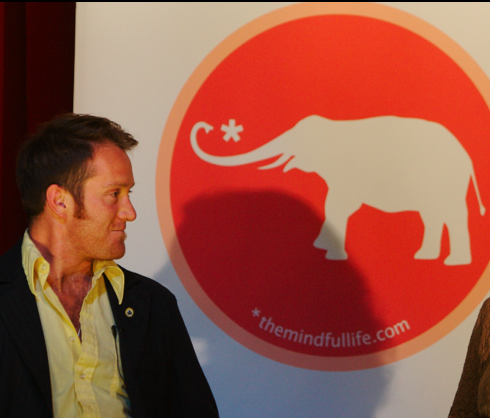 This summer, Elephant turns 17. I can’t believe it. And it’s finally time for me to take on my next role.

17 years ago, I was a broke, idealistic, ambitious, inspired young man who wanted to make a national eco-minded magazine. Little did I know I’d be broke for most of those years, and that we’d go on to great success first as a national magazine, then as a web site that’s reached 23 million readers—a month.

That said, I’m 44, now, and I’m getting engaged (and that’s not all), and with Elephant finally successful, it’s time to move on to my next chapter.

Elephant Journal acquired for millions—thanks to you.

Big news! With thanks to you all! It’s been a good run.

Elephant to merge with Alo, Wanderlust: after a long week of talks that ended in a low-level “bidding war,”  Elephant has agreed to end its run as an indie media site.

With a sale price reported at $49 million—a valuation based on Elephant’s incredible readership, remarkable monetization and stable, inspired staff—Waylon Lewis, founder, is set to

“take an overdue breather on a beach somewhere. Down the line, I hope to run for political office. That said, I have mixed feelings about this partnership—I’d hoped to remain independent and increase our quality and further our mission, to be of benefit to a wonderful but confused world in need.”

Billing itself as the world’s largest mindfulness web site, with a readership nearly equal to that of Huffington Post just five years ago, (when it sold to AOL for $84 million), Elephant will use its newfound stability and resources to bring further value to its readers.

Note: I’ve asked for a stipulation in our agreement of sale: if Elephant reaches 380,000 free newsletter subscribers (we’re at 345,000, now) by April 10th, I have the right to cancel our agreement with Alo/Wanderlust and continue to grow Elephant’s mindful, independent journalism.

Subscribe, free, here if so inspired—ask your friends to do so? Go, community!

If Elephant comes close but fails, Huff Post will be inheriting a stronger community. Either way, it’s a win-win for Buzzfeed.

Arianna Huffington : “we needed juicing and smoothies, so I acquired MindBodyGreen. But I also wanted woman-authored lascivious sex and top 10 relationship articles—so we went to the ‘mindfulness’ experts over at Elephant.”

Letter from the founder:

Big News. This year, our 13th, will be my last with elephant. ~ Waylon Lewis

It’s with mixed feelings that I share this news.

In 2002 we started off as a little, local yoga magazine (Yoga in the Rockies), went regional, then national, where elephant magazine sold in Whole Foods, pharmacies, bookstores etc. for $4.99. But though we were printed on eco paper (New Leaf, generally) distributing a magazine nationally is eco-inefficient—your average magazine sells maybe 3 out of 10 copies. And so, 2.5 years ago, I resolved to start all over again, taking elephant online 100%. It’s been a tough ride: I lost my colleagues, my office, my house went into foreclosure…and I got old fast. But it’s been an adventure, I’ve learned a lot, and elephant has grown steadily—now to 17.7 million readers a month, and growing more every a month. We’ve been voted #1 #green on twitter twice, and have a Facebook presence more popular than some news orgs with 100x our staff.

But all things come to an end—or should I say, things change. This year, our 13th, will be my last with elephant. I’ve decided to partner with Yoga Journal—whose parent, Active Interest Media, is based in Boulder (so I won’t even have to move). I will continue to head up elephant as it merges with yogajournal.com, and will serve as YJ’s associate web editor and social media consultant. I’ll also do some video for them, for you fans of Walk the Talk Show.

I’m selling because, frankly, I’m tired of being broke. I’d like to travel for the first time in my life, continue on my Buddhist path (start by doing a long overdue meditation retreat) and eventually start a family.

Assuming that our readers might be a bit nonplussed, I’ve insisted on a stipulation in our agreement of sale: if elephant reaches 80,000 free newsletter subscribers by April 11th, I have the right to cancel our agreement and continue to nurture elephant’s unique brand of independent, mindful journalism. If we achieve this goal, that will likely mean we’re fully sustainable, and can afford to hire an additional editor to help improve the overall quality of our editorial.

YJ’s generously agreed to this unusual caveat partly because if elephant comes close but fails, they’ll be inheriting a stronger community. Either way, it’s a win-win.

Yours in Vision of Enlightened Society,
Happy April Fools’ Day!
~

Some real helpfulness, hopefully: The Simple Buddhist Trick to being Happy.