I asked my Grandma Carol: “What are Qualities to look for when thinking about Marriage?” 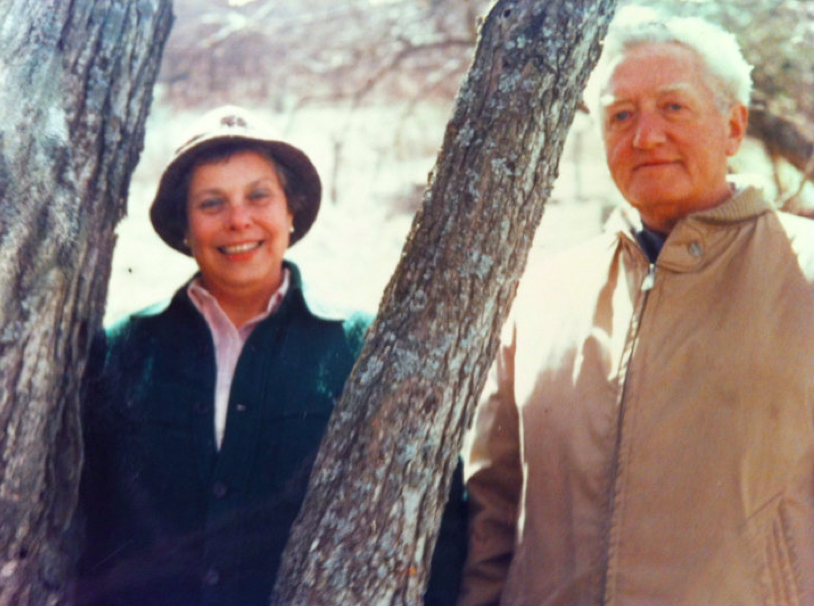 Ask Grandma: What are the Keys to look for in Lasting Love?

12 Things to look for when considering Marriage.

I’m in Virginia, visiting my charming lovely Aunt Liz and her handsome husband David, and my grandma Carol, who’s moved to be close to them since her husband Ferd passed away last year.

Yesterday, Grandma Carol and I were talking, just filling the time waiting for Aunt Liz, who was in the vet’s office taking care of her cat Ginger. So, finding myself with time with my grandma, sitting on a bench to get some fresh air on a busy downtown street near Richmond, I asked her for some advice on an important subject.

She’s one of the few whose answer I care about and respect, and DJ of Hanuman Festival and the Global Glue Project had asked me to interview her re: longterm commitment and marriage and love and all that. After talking for a minute, I remembered to turn on my iPhone and record the conversation. Below is most of it…it went on and on and I’ve left out most of our random observations and silliness. 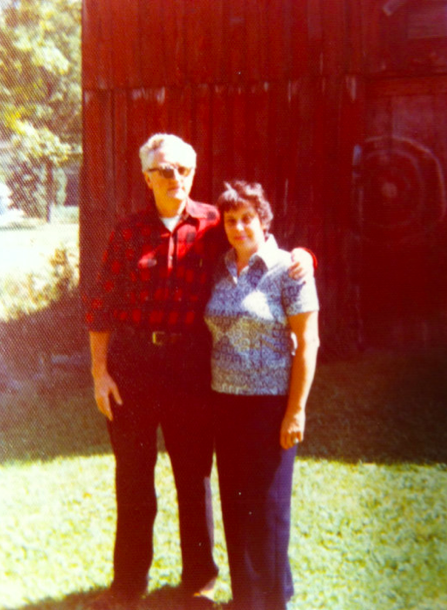 [our conversation picked up at a random point] Grandma Carol: …Well I’m assuming you wouldn’t fall in love with someone who wasn’t good-looking.

Waylon Lewis: So you’re saying “good-looking” is the most important quality to look for when thinking about marriage?

Waylon Lewis: Really: that’s the only thing that matters….for marriage.

Waylon Lewis: No, so, you said patience first. ‘Cause patience is important so they don’t get mad n’stuff. Is that what you mean?

Grandma Carol: Yah, ’cause you could get mad for almost any reason at any time.

Grandma Carol: This is a tough one, it’s easy to mess up.

Grandma Carol: Funny. Because life is so serious, you need some humor.

Grandma Carol: A neat, clean house. I’ve been in a lot of houses and I’m shocked at how messy they are.

Waylon Lewis: What qualities are not important? Because a lot of people go for charm, good looks, love…

Grandma Carol: Well, it’s a feeling that you enjoy one another tremendously.

Grandma Carol: No, I don’t think that counted.

I liked the way he spoke…That was always important, the voice.

Grandma Carol: You have a very masculine voice.

Grandma Carol: I haven’t thought about that before, but that’s one of the first things that comes to you.

Grandma Carol: He should be interested in the world, in reading…well, somebody who would love The New York Times.

Grandma Carol: So the question is, what do we look for in a man?

Waylon Lewis: Yeah, or a woman…just someone to stay with for our whole life.

Grandma Carol: Absolutely. And I used to like the theater.

Grandma Carol: Of course. Of course. It’s important to be attracted to one another. Well that’s stupid: what else would I say?!

Waylon Lewis: What are the things you most enjoyed doing with Ferd? ‘Cause you just liked sitting around and doing nothing at night. You went to Greece. Acropolis and all that. Yeah, you looked really cool, he had a cool camera. He had a pipe, always. He was handsome.

Waylon Lewis: And he loved you.

Waylon Lewis: He was very tender sometimes. He was a big grouch: rararararar. Not in a bad way. Grumpy: then he’d be tender. Macho tough guy…then you’d hug him and embarrass him and he’d love it.

Grandma Carol: You remember that?

Grandma Carol: Well I always gave a lot of love.

Waylon Lewis: Mmm-hmmm, you did.

Grandma Carol: Oh gosh, it’s too warm, I could use just a few degrees less.

Waylon Lewis: Should I tell God? Turn down the world temperature.

Waylon Lewis: God!? He won’t listen to me, I’m Buddhist.

You’re Jewish, you’ve got an in with god. Yahweh!

Grandma Carol: That’s not true. In order to succeed, you have to work with the hard parts.

[Dad walks by with child, holding him up so he can practice walking]

Grandma Carol: In the last number of years more men have taken care of their children than they used to.

Waylon Lewis: I like it. It’s good for dads. Helllo! [talking to the child].

Grandma Carol: Oh, he likes you.

Yup, I remember like 10 years ago I talked to you…I was briefly in love with some girl. I didn’t think I would marry her or anything but it made me feel like marrying her, so I asked your advice: I said: “Obviously this isn’t enough, feeling like marrying someone…that’s just love, just having a crush. What is it you look for, for someone that you can be with through good times and bad times and longterm, and actually have a good time, overall.”

Grandma Carol: So what did I say?

Waylon Lewis: I dunno. I forgot everything.

0. [most fundamental or important, it underlies all the others, we’re making this number zero]

Grandma Carol: Has to have a good character.

Grandma Carol: He has to have a good family background.

Waylon Lewis: Yah, I don’t know if I qualify. My mom was amazing! My dad…wasn’t around. My mom was good. And the Buddhist community was very strong and good. And you were good. Look at the little kid going up the stairs…

Waylon Lewis: …that’s good, those are big stairs, like four stairs in one, he’s gonna be wiped out.

Yah for me what’s important is friendship, I think, number one. And attraction.

Grandma Carol: But you don’t have to think about all of that, you just…

Waylon Lewis: …but I want to think about it…because when you first meet someone it’s easy to love them. It’s easy not to think about anything. Oh, I love you, it’s all great. But when things get hard, there has to be more: character, humor, and patience become more important than love. And by love I mean that infatuation. So I think friendship, number one, just liking each other and enjoying one another’s company and being relaxed and feeling like yourself. You like talking about this, or is it boring?

Grandma Carol: No..! Why would it be boring? It’s one of the essential parts of life! Why would I be bored?

Waylon Lewis: Well I don’t want to bore you. I’m just interested, it’s something I need advice on. And then number two, I do think attraction, really being in love with them longterm…not just physical attraction, but like you were saying you’re curious you enjoy each other.

Grandma Carol: I always like it when a couple…the way they speak to one another—if they’re genuinely interested when they’re talking to each another.

Waylon Lewis: Yah, I tend to be kind of… …Well, whatever.

Grandma Carol: I wish it were five degrees cooler, would help.

Waylon Lewis: Look how long my arms are.

Waylon Lewis: You got long arms, too.

Grandma Carol: What’d she go to the veterinary for?

Waylon Lewis: For her cat. ‘Cause she’s concerned about her cat. The cat was throwing up last night. If I were I would have taken her husband in because he was snoring so loudly. Take him to the doctor and get his snoring thing worked on. He’s an impressive snorer.