Noam Chomsky & the Ecstasy of the Occupy Movement.

Alighting from the train at South Station I went in search of Dewey Square, the headquarters for Occupy Boston.

As I lean over to my left to ask for some local guidance (my phone’s GPS still recovering from the subterranean depths of the T system) I’m confronted with the withered face of Noam Chomsky, the very reason for my coming this October evening.

Standing on the street corner, the old radical smiles and kindly nods, noting the recognition in my own face. He is wearing a green parka, his spectacles opalescent in the growing dusk, and a pair of gnarled tennis shoes gripping the already bitterly cold concrete. He is surprisingly quick on his feet as we walk in unison into the throngs of Dewey Square. Chomsky evades recognition for quite some time as we weave through the crowd until a tall woman in a poncho barricades the way, displaying a large tin casserole pan filled with homemade chocolate chip cookies. “Dr. Chomsky, can I offer you some food?” The old academic peers into the tray, daintily selects a cookie, and says, “Why, thank you.” And then the chant begins: Let’s go Chomsky! Let’s go Chomsky! Echoing the sports history of this New England town (elide ‘Chomsky,’ replacing it with your choice of athletic team). The reverberation of this chant is so raw, so loud, with over a thousand voices in shared intonation that the most primitive stems of my nervous system begin to vibrate. I can’t help but smile at this strange inversion, the hierarchy of reverence so radically flipped. When did academics start getting receptions like this?

It is assumed that I am one of Chomsky’s aides (to the best of my knowledge I think he came alone) and I am ushered in behind him as people part to allow him access to the stage. This lands me in a prime spot to witness both the lecturer and the “Occupants.” But Chomsky is bound to disappoint such eruptions, the swaying chant, this trance of unison. He is not a protest orator, a pugilistic rhetor. He is a philosopher. A thoughtful critic. And so he begins slowly, methodically. His style is so monotone that even with the PA system many people don’t even register that he has begun. Once they do realize that the man they have been chanting to, the god they have anticipated, actually intends to educate rather than incite, quite a few of them leave, their heads bowed both in shame and disappointment. There is also the problem of instrument. Chomsky is old, his vocal cords more like paper than ligature of tough tendon. He cannot scream into the microphone the way some of the younger radicals can. To listen to him, among these thousands, requires a profound inner quiet. Unlike the ‘human microphone’ so lauded in the Occupy Movement listening to the electrically amplified voice of Chomsky is, if we dare contradict McLuhan, a hot experience but a cold medium. Again we turn to the difference between the rhetor and the philosopher.

To chant, to repeat in unison, the words of an orator, is a white-hot medium. It can give the illusion of internal warmth. But true thought is bypassed, actually suppressed, by the radical hormones of the chant. This is Plato all over again. The swaying-chanting crowd is ecstasy. The etymology of ecstasy is the Greek ek-stasis, which means to stand outside oneself. It is the desire for transcendence. The root of this desire is to escape our own interiority, to be outside oneself—to experience the sensation of being a subject to something other than our own minds. The crowd then is incessantly pressing towards ecstasy—that feeling of belonging to something larger than themselves.

I feel like it’s the late sixties again, full of that weird mixture of despair, anger, and audacious optimism. But, like the baby boomers, it is most likely a moment of a movement and not a revolution. Glory to those caught in the moment of elation, that feeling of being part of something large and meaningful, the warmth of idealistic humans congregating in the streets for a cause much greater than self interest (that feeling of transcendence, of being a subject to something outside of your own skull-sized kingdom), and the nights of Dewey Square community. But if you’re not in that moment, in that visceral feeling of the movement, then, as a spectator, we can see the limitations of ecstasy. Trance is necessary. Trance is human and organic. But change requires something more than feelings of ecstatic unity. It requires education.

And this is what is unique about the Occupy Movement: they have begun to see the necessity of education. In Dewey Square everyday there is a teach-in. It is the Howard Zinn Memorial Lecture Series, part of the Free School University. Mimicking the philosophy schools of old. Socrates entering the public squares in search of dialogue. How apropos then to have one of the few philosophers left, come and speak in his soft Socratic way here in Dewey Square. Agree with Chomsky or not, he is a philosopher. Hence, his reticence to elicit ecstasy over critical thinking.

Chomsky draws questions from the crowd. He speaks about apathy, passivity, consumption, and the distractions engendered by the total noise of culture and media. He talks about the birth of public relations as an industry of class control. We get into the nuances of economics, the genesis of our current condition. We traverse history, ecology, technology and protest.

Chomsky quotes Marx (Republicans have your field day): The task is not just to understand the world but to change it. He adds, “If you want to change the world in a constructive direction, you gotta try to understand it first.” But here is the moment of nuance. Chomsky admonishes passivity. “Learning,” he says, “is active participation.” It is not passive listening, it is not being a parrot that simply regurgitates the words of another. It is cooperation, learning to both listen and respond.

The Occupy Movement can, in its best moments, be a university. A moment in time where people relearn democracy, organization, dialogue, and the logic of activism. The big changes will take sustained effort. It will take planning. It will take learning from all of our mistakes. It will require the fortitude and strength to keep our optimism alive while our ideals are crushed. It will take something more than ecstasy. It will take the education of experience. This education demands that we stay firmly within our own bodies. It will ask us to stand in our own two feet. Because the escape into ecstasy is simply another substitute for the total noise of media, spin, and a consumer culture addicted to self-distraction—anything to dislocate from our already disowned selves. To truly “Occupy” will require a reclaiming of our selves, to live in our own skin once again. To be truly a part of the whole (whatever symbolic percentage you apply, re 99%) first requires the healing of this rupture, this inner divorce.

Chomsky began his talk in a whisper and he does not end in a roar. In fact, the ending is a slow diminishment of the whisper. So slow that we are stranded in a deep sea of silence, a pause. In this solitary space amidst the crowd there is not a feeling of transcendence but a sensation of profound presence. The air is thick. We are actively participating in this moment, and that is the movement. 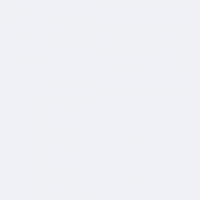