‘Colony Collapse Disorder’  which the ‘official PR line’ declares to be a ‘real’, multi-faceted and complex phenomena involving: varroa, viruses, bacteria, fungal infections, climate change is actually a pseudo-science term created by the pesticide industry. Many of us strongly believe that ‘Colony Collapse Disorder’ DOES NOT EXIST . The CCD Hypothesis was a very convenient smoke screen to camouflage the plain and self evident cause of the death of five million bee colonies in Europe and America; the truth is extremely simple – it is the Pesticide Hypothesis. We do not need to hypothesise the existence of something called ‘CCD’ in order to explain what we have observed and experienced:

The Principle of OCKHAM’S RAZOR – used in every university in the world since the 1600s- should be applied. The Principle states that if you have clear evidence of cause and effect for any phenomenon, you should not investigate more complex hypotheses, until you have excluded the PRIMARY and most obvious hypothesis, which in this case is perfectly clear.

THE EPIDEMIOLOGY
France
In 1995, Neonicotinoids were introduced into France for use on sunflowers and canola and maize. The following year the French lost 500,000 beehives and many farmers were bankrupted.  The bee-industry paid for independent testing by Dr Bonmatin’s team at the University of Montpelier -which revealed that – despite Bayer’s claims that Imidacloprid was ‘harmless to bees’ – Bonmatin was able to kill bees with an LD50 of just 3 parts per billion dissolved in sugar water. That is an infinitesimal amount – less than a spoonful dissoved in 1000 metric tonnes of water (a large swimming pool).  Bayer had claimed that 50,000 parts per billion were harmless to bees – it turned out that just 0.1ppb caused sub-lethal disorientation of complex behaviours like flight and foraging.

The French Govt appointed the highest level of government enquiry – the Commite Scientifique et Technicale – 40 or so distinguished professors – who considered Bonmatin’s evidence and another 150 peer-reviewed papers from Germany, Italy, USA and Switzerland.  The conclusion was that neonicotinoids were responsible for the death of 500,000 French bee colonies – and they BANNED the pesticide in 2000AD for use on sunflowers and canola and maize.  The ban has been in force for 11 years now and has not been rescinded.  The effects of the ban were that there were no more catastrophic bee losses and the honey harvest largely recovered within a couple of years – but – the pesticide was still allowed for use on many other crops – so bees still come into contact with it – and still die.

Germany
Clothianidin – used on 92 million acres of American corn – was introduced to the German Rhineland in 2008. Ten thousand bee colonies were killed – literally within one or two days – all in areas where the neonicotinoid was used. The Julius Kuhn Institute – the top bee lab in Europe – took samples and within days pronounced that the cause of the bee deaths was Clothianidin.  The German govt banned Clothianidin within days.  The ban has been attacked by the pesticide companies – and they keep coming back – but the ban has held.

Italy
In Italy – Imidacloprid was introduced on corn in 2009 in the Po Valley. Ten thousand bee colonies died in a matter of weeks; studies were done by Professor Maini from Bologna University – and he found exactly what Bonmatin had found in France – Imidacloprid kills bees by poisoning the nectar and pollen of flowers.  The Italian government banned Imidacloprid for use on corn – the next year there were no mass bee deaths and the honey crop recovered.

The point to note:  It takes a very, very convincing package of scientific evidence to persuade a national government to ban a pesticide that involves $billions of crops.  Governments do not do such a thing lightly and usually they fight very hard against such bans because industry lobbies intensely and has much more financial and political clout than science.

Janice Moore should be asked: “If there is ‘no evidence that neonicotinoids are responsible for the global pandemic of bee deaths – why have national bans been enacted by the governments of France, Germany, Italy, Switzerland and Slovenia?”  Does she really believe that they would take such grave action on a whim?  Or does she think that the convincing evidence supplied to these governments by the very top scientific institutes in Europe was not credible?

I might add that the peer-reviewed studies submitted by Dr Bonmatin’s team and Dr Alaux’s team in France – have never been questioned or rebutted by any American scienctist. Nor have those of Professor Maini from Bologna, nor those of Luc Belzunce as well as France.

THE AMERICAN STORY
1. The Americans have lost 4 million bee colonies since 2006 – the greatest disaster in the history of beekeeping – incredible economic and human damage
2. America has by far the largest crop-area treated with systemic neonicotinoids – around 200 million acres of which 92 million acres of corn treated with Clothianidin
3. The Half-Life of Clothianidin in some clay soils of America has been estimated to be 19 years – which means that 1/4 of the clothianidin from asingle treatment would still be active and toxic in 57 years time.  Of course with annual treatments – the same field would remain toxic to bees forCENTURIES
4. The EPA in America ignored the evidence of its own Scientists – who stated in writing that Clothianidin should not be licensed because of it was’highly toxic to honeybees, highly persistent in soils and highly persistent in ground water’; despite this leaked report – the EPA management licensed the pesticide anyway.

This is a powerful set of facts which reveals how the American EPA does not exist to ‘protect the American people and their environment’ – but in fact serves as a ‘facilitator for the pesticide industry’.  The castration and co-option of the Regulatory Agencies in America, UK and Europe is a key fact that needs to be brought out in court.

THE WRONG TESTING AND REGISTRATION METHODOLOGY HAS BEEN USED TO LICENSE THE NEONICS
Two very important papers have appeared in the last few weeks – one from Noa Simon at the European Beekeeping Co-ordination and one from Dr Rosemary Mason in the UK. These two papers analyse how the industry has co-opted the regulators in the USA and the UK – and since around 1990 – they persuaded the regulators (EPA, DEFRA, EFSA) that the existing tests for the old pesticides (foliar sprays) could be used as the Risk Assessment for the revolutionary new systemic neonicotinoids.

Both the SETAC conference held at Pellston in Florida this year, and the ICPBR conference held in Europe at the same time – (both dominated by industry)  have now admitted in writing that the ‘old’ testing methodologies could never identify sub lethal or chronic effects of the neonicotinoids on bee colonies.  In other words – ALL of the tests carried out in order to license Imidacloprid, Clothianidin, Thiamethoxam and Fipronil etc – since the early 1990s – have been completely INADEQUATE.

Logically therefore – NONE of these pesticides has every been properly tested or legally licensed by the EPA in America, by DEFRA in the UK or by EFSA in Europe.  They used tests which were designed to detect lead-bullets – to try and identify the effects of laser beams: apples and oranges, does not compute.

Both SETAC and the ICPBR openly admit that the wrong tests were used, that they could never have detected chronic or sub-lethal effects on bees – but they conclude that there is ‘no need to withdraw the existing neonics from the market’.

The PPT: An International Organization devoted to stopping Corporate Crimes Against Humanity.

This article is the first in series covering the history of Neonicontinoid Insectisides. 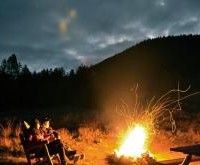 Jessica is a traditional healer who believes in trusting and listening to the wisdom of the body. Her healing work centered in the body and the heart integrates the concepts o… Read full bio