Don’t Settle for Misery, Get Out of the Unhappy Relationship, Your True Love Is Waiting!

Where did it all come from?

The word “divorce” was like bad karma in our old-school society. People would stick together in misery till death tore them apart. This was the way. I mostly thought myself a freak for not understanding it. It created a lot of confusing impressions and beliefs in my mind.

Or what I now refer to as, Samskaras.

Luckily, by the time I moved to New York, my parents were done torturing each other, and me in the process. My dad was living in Brooklyn, and my mom was a million miles away. I really didn’t want to stay with my dad, but my choices were limited. Looking back, I am really grateful that I did despite all the challenges.

A few years went by and I established myself in my new environment. Deep inside, I still did not believe in marriage—and I still felt there was something fundamentally wrong with me. Then again, not only I was influenced by the people around me, but I also had some new role models: Hollywood’s happily-ever-after romantic comedies!

All I needed was to find someone who would love me and take care of me. After dating quite a few men, I believed that I was not capable of loving anyone, but I was determined. Before too long, I found a “perfect” match. We dated for four beautiful months. It was almost like a Hollywood movie: the flowers, the gifts and the romance…and then he proposed. We went to City Hall and got married. The marriage procedure felt like signing a bail for someone in the NYC 17th precinct – so amusingly ridiculous.

We rented a small one bedroom apartment.

And my suffering began.

I always had my own space, not always a whole room, but at least my own bed. Sharing a bed really put a toll on me. My ex was amazing and really kind, which made things even worse. Everyone told me that this was how it was and that marriage was the best thing for me; I tried desperately to figure out what was wrong. I felt like an unhappy freak in a “happy” marriage. Everything that looked perfect outside felt wrong inside. I was really struggling to make things work.

In the second year, my marriage became a complete bad habit. I was a mess. I started drinking and going out. I had no strength to end the relationship, but instead dragged it out. I was ready to transform my life probably for a long time, but didn’t have the tools. I did horrendous things and was constantly swimming in my own tears and lies. I even went to see a shrink, who instantly wanted me to start taking useless pills. I tried to improve my health and spirits by quitting smoking, eating well and exercising instead. I even took a few yoga classes. My ex eventually started talking about splitting up. It was the final push. After a quick notary public stamp for $500, our marriage was over. I was very lucky! It was a clean split up.

I was free again. I got my own apartment and I was finally living happily ever after. I still did not believe in meeting the right partner. So, newly single, I went on a dating marathon. I met a boy in Miami and one in NY. I was flying back and forth, drinking, parting but I still was not happy.

Changing these patterns or samskaras was not an accidental process. It became a daily work to create a healthier and happier me. I’ve decided to clean my act. I had my freedom, but I was still deep in the mud. First, I started by cleaning up my apartment and my office. I bought a ton of self-help books. I remember my physical therapist recommended “The Power of Now”  and another friend the “Feng Shui” books for cleaning. I rebounded. I started taking more yoga classes and reading mind-opening books. Somewhere along the lines, I realized, there was no right or wrong. I don’t have to get married or subscribe to anything I don’t agree with because the society, family, friends or TV said so. I stopped drinking and finally quit smoking. I stopped looking for a mate to solve my issues. There was no pressure. I was done with marriages for good. My life was improving. I went hiking for the first time in my life – I felt so alive!

Suddenly, I encountered my old friend, Ron. We went out for lunch. I told him that I was not married anymore, but not rushing into a new relationship. Trust me, it was difficult. He was handsome, smart and simply charming. We were both so scared of hurting ourselves, but decided to take a risk! Our romance was amazingly real. We both shared the same outlook on spirituality and existence. There was a deep connection between us from the start.

Nearly 10 years passed and we are still together – happily not married. I really love and like him. I would not be where I am today if he was not by my side. Ron motivates me to pursue my dreams. He is my best-friend and my partner. Naturally, we had some ups and downs over the course of our lives. We were able to work through the issues which made our relationship stronger. This experience made me realize that the only way to have a fulfilling relationship with others is that I need the ability to know and have the internal relationship with myself.

Here is my top 8 list of how to make it work:

1) Communication. Your partner cannot read your mind and actually experiences life differently than you do! One of my teachers: Dr. Jeffrey Rubin introduced me to listening in on one of his meditation classes. We were paired and had to really listen to another person’s short story and then re-tell it to the person to see how good of a listeners we were. It’s really amazing how much you learn when you listen. Set time daily just to communicate!

2)  Have a separate account. Because it is important to have independence and your own discretionary money. Money can ruin a marriage. In fact, it seems to be the number one problem in marriages, and the number one cause of divorce. Don’t hide your spending habits from your partner. I typically consult my partner on big financial decisions, but the final word is mine.

3) Have your own bedroom. Not only is it more common than you think, separate bedrooms are being suggested for couples whose marriages aren’t doing so well as a way to improve their relationship! In couples therapy? Have some bumps in the ol’ marriage … maybe you should call your contractor instead of your shrink! According to a 2001 survey by the National Sleep Foundation, more than one in ten (12%) married Americans sleep alone. Additionally, “Lower marital satisfaction impacts sleep habits according to the poll.

4) Be yourself. Have your own friends, interests and hobbies. I am yoga freak while my boyfriend has only tried it twice. When I first got into it, I wanted to drag him along, but neither of us had a good time. So yoga is my cup of tea, not his. He loves music and gardening. Having our own ‘things’ makes the relationship more interesting. So, try something new and share your experience with your loved one.

5) Make a conscious commitment to eliminate blame, criticism, and invalidation. Instead, find things to praise your partner. I always remember to tell my boyfriend how proud I am of him for even doing the small stuff like watering plants. And if something bothers me, I thrive to communicate it in a non-offensive and compassionate manner.

6) Recognize and admit when you’re wrong.

7) Be each other’s best friend.

8) Have fun together.  For us it is simple things: quiet homemade meals, cuddling, listening to the music, taking a walk in the park. We also both love to ski and enjoy vastness of the mountains.

And remember, don’t settle! The true love exists. You just have to find yourself first. 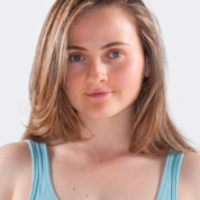 Anna is a passionate yoga student, a teacher, an outdoor enthusiast, a foodie, a bookworm, and an amateur writer who is hopelessly in love with the Rocky Mountains. She is 800… Read full bio