This post is not about sex. And it won’t teach you how to light a fire.

It’s about interrupted love, and reptilian birds in the sky, and awkward lips made of spring, and life as a pizza, and dinosaurs, and something that looks suspiciously like a flower; and everything else you can fit in that brief forever-and-ever-amen.

Oh, but I failed Sex in school. I got suspended for asking Why. They kicked me out of the library for reading out loud. The way the dictionary put it, I thought Sex must be a typo of nature. So I made my own dictionary. (Revised and unabridged, mind you, still trying to understand my handwriting).

I think sex might as well be literature before it turns into Sex, just as language has to be You before it turns into words. With sex you don’t just get to read the book, you get to be the book, however poorly written, you have pages and words (some only whispered, others tattooed) all over your skin, and they itch when you touch. And they sing.

You should at least win a short-story contest with your body.

But ‘til death do us part (Madame Existential, as faithful and painful as Life), let’s make some fire, can I call you Darling? Let’s burn Pinocchio, not only is he made of wood but he’s been lying to us all along.

My top 20 Sexy Sparks of the Week for the (un) sexual:

Meaning life, meaning god, “no smoke, no fire”—got a lighter?

The tragedy of sexual intercourse is the perpetual virginity of the soul.
~ William B. Yeats

The only thing wrong with being an atheist is that there’s nobody to talk to during an orgasm.  ~ Unknown

{My only solid argument against the non-believer.}

The lover of life makes the whole world into his family, just as the lover of the fair sex creates his from all the lovely women he has found, from those that could be found, and those who are impossible to find. ~ Charles Baudelaire

Sex. In America, an obsession. In other parts of the world, a fact.  ~ Marlene Dietrich

{I attest to this. In Europe, we welcome any chance to take off our clothes.}

{For a minute here, I loved being Jane Austen.}

I’d like to meet the man who invented sex and see what he’s working on now.
~ Unknown

Why should we take advice on sex from the pope? If he knows anything about it, he shouldn’t!  ~ George Bernard Shaw

{Who will you be confessing to, ye sinner? Your lover? Nonsense!}

Literature is mostly about having sex and not much about having children; life is the other way around.  ~ David Lodge

{But more often than not, kiddies are the best side effect of sex.}

An intellectual is a person who’s found one thing that’s more interesting than sex.
~ Aldous Huxley

{Not quite, though, not all the way, not replaceable, not the same.}

Life without sex might be safer but it would be unbearably dull. It is the sex instinct which makes women seem beautiful, which they are once in a blue moon, and men seem wise and brave, which they never are at all. Throttle it, denaturalize it, take it away, and human existence would be reduced to the prosaic, laborious, boresome, imbecile level of life in an anthill.  ~ Henry Louis Mencken

The reproduction of mankind is a great marvel and mystery. Had God consulted me in the matter, I should have advised him to continue the generation of the species by fashioning them out of clay.  ~ Martin Luther

{Oh Martin, you’re delightful. What’s one to make of laughter without snorting?}

Sex contains all,
Bodies, Souls, meanings, proofs, purities, delicacies, results, promulgations,
Songs, commands, health, pride, the maternal mystery, the seminal milk;
All hopes, benefactions, bestowals,
All the passions, loves, beauties, delights of the earth,
All the governments, judges, gods, follow’d persons of the earth,
These are contain’d in sex, as parts of itself, and justifications of itself.
~ Walt Whitman

Sex is. There is nothing more to be done about it. Sex builds no roads, writes no novels and sex certainly gives no meaning to anything in life but itself. ~ Gore Vidal

It doesn’t matter what you do in the bedroom as long as you don’t do it in the street and frighten the horses.  ~ Mrs. Patrick Campbell

{Well said, Mrs. Campbell, last time they ran off and I had to take the subway.}

There is more to sex appeal than just measurements. I don’t need a bedroom to prove my womanliness. I can convey just as much sex appeal, picking apples off a tree or standing in the rain. ~ Audrey Hepburn

{If you’re not in love with this woman, you’re either a V or an alien cowboy with a robot soul.}

I blame my mother for my poor sex life. All she told me was ‘the man goes on top and the woman underneath.’ For three years my husband and I slept in bunk beds.
~ Joan Rivers

{I blame my father. He just blushed when I asked, so I turned to Vogue.}

“I respect you,” he murmured. “And your views. I think of you as an equal. I respect your brains, and all those big words you like to use. But I also want to rip your clothes off and have sex with you until you scream and cry and see God.”

{Open the window, get me water, let’s do yoga.}

I saved the Australopithecus one for the end. Read it in a cave and you’re all set. Because a part of us is still prehistoric, simple and raw. It doesn’t think much. It feels. And it laughs. And it sighs. 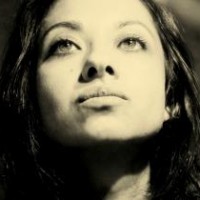