7 Scientific Facts That Will Change the Way You View The World. ~ Tim Illencik 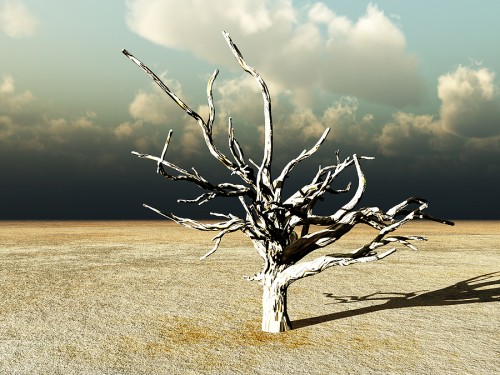 Buddhism attracted me in part because of its appreciation for and compatibility with modern scientific understanding.

The Dalai Lama has stated that if a concept such as reincarnation were proven to be impossible by science, Buddhism would need to change.

This mindset is truly unique among religious organizations and is very refreshing. Last month His Holiness won the Templeton Prize, in part for his dedication to merging the realms of science and religion through an open dialogue with the world’s leading scientists.

In light of this event I have put together a list of profound scientific ideas that have had a tremendous impact on the way I view the world.

We are made of stardust.

The elements that we all know were forged in the intense heat of distant stars. When those giants neared the end of their life they exploded in a brilliant supernova, spreading the ingredients for life throughout the universe. Gravity forced that matter together to become galaxies, planets, and eventually, humans.

Every atom in your body was once part of the cosmos. The next time you look up at the night sky you might want to meditate on this fact. You and the universe are one.

The elements we just referred to are composed of atoms, and those atoms make up your entire body. One percent of every atom is composed of protons, neutrons, and electrons. The other 99% is empty space.

To put this in perspective, imagine at atom the size of a football stadium. Place an orange in the center to represent the approximate size of the nucleus. You would then place pinheads around the stadium to act as electrons. These are the building blocks of our world and yet they contain very little substance.

In fact, if the space was eliminated and the matter condensed the entire human race would fit in a sugar cube. It may not be what the Buddha had in mind when he spoke of emptiness, but it is still a weighty subject for reflection.

Your brain is one step ahead.

Stop reading for a second and take a look at your hands. Pick a hand and lift it up any time within the next 15 seconds, but try not to decide which hand until the moment comes.

If a team of scientists were watching you with the proper equipment, they would be able to tell you which hand you were planning on moving seconds before you consciously make the decision. Your conscious mind carries out the wishes of its unconscious counterpart, which seems to be making the choices in advance.

Black holes remember what they consume.

Nothing can escape a black hole, right? Wrong. It was recently proven that black holes ‘leak’ information over time and gradually fade from existence. The phenomenon has been dubbed Hawking Radiation and has been verified in a laboratory setting.

If you had the sudden urge to jump into a black hole (not recommended) you would be instantly crushed by the intense gravity. However, given enough time, every single particle that makes up your body would be expelled from the darkness.

They never did figure out how to put Humpty Dumpty back together, and this would be a million times harder. At least every bit of matter is accounted for though.

Your mind is a universe.

This one isn’t literal, but it’s still amazing. There are an estimated 100 billion galaxies in the known universe, each with 100 billion stars of their own. Try wrapping your head around that.

To make it easier for you, nature has endowed humans with a very capable brain comprised of roughly 100 billion neurons. Yes, you have as many neurons as the Milky Way has stars.

Each neuron makes tens of thousands of connections to other neurons, and messages are sent via electrical impulse. The sight of these cells lighting up during communication would rival the beauty of the night sky.

99% of all the species that ever lived are extinct.

This incredible fact demonstrates the fleeting nature of physical existence. As a culture we have developed a sense of security which stems from our domination of the planet, but we have only been around for a relatively short period of time.

In fact, without these extinction events we would not be here now. There’s really not much else that will have as great an impact on your meditation on interdependence and impermanence.

An observer can alter reality.

Quantum mechanics has revolutionized the world of science and challenged our notion of common sense. The famous double-slit experiment revealed that the basic properties of small particles changed if they were observed (by the human brain or some other means), and indicated the dual nature of matter. Electrons fired at a screen with two slits create a diffraction pattern, which would only occur if the particle passed through both slits.

This behavior shows the electron behaving as waves as opposed to solid matter. However, if you use methods of detection to determine which slit the electron travels through (observation), the electron will act as a particle and no diffraction pattern will be created.

Bottom line—a small particle will change states if it senses that it is being watched.

Some of these facts have the unintended effect of making an individual feel insignificant compared to the relative size and lifespan of the cosmos.

However, if you approach them from the right mindset you may find yourself overcome with an ecstatic feeling similar to a religious experience. We are, as has been noted by many others, the universe experiencing itself. I thought the following quote would be a great way to end this article:

“I look up at the night sky, and I know that, yes, we are part of this Universe, we are in this Universe, but perhaps more important than both of those facts is that the Universe is in us. When I reflect on that fact, I look up—many people feel small, because they’re small and the Universe is big, but I feel big, because my atoms came from those stars.” – Neil deGrasse Tyson

Tim Illencik is nobody special.  He became interested in Buddhism while learning to practice meditation during his sophomore year in college, and since then he has become a passionate student of religion, philosophy, psychology, and science.  In his spare time Tim enjoys reading, practicing yoga, jogging, and various forms of mindless entertainment.  He recently started a blog dedicated to applying the principles of Buddhism to everyday issues, which you can find at www.practicalbuddhist.com.  You can also connect with Tim on Twitter @tillencikor Facebook.