I Found My Zen in NYC.

Me in Central Park

A couple weeks ago I had the “F&*k-it! I-gotta-get-out-of-here” moment.

The first place I thought of, or rather my intuition connected with, was New York City.

In fact, it felt like I was being called by Mr. NYC himself and he was sounding like an angry boss saying, “Where the heck are you? You’re supposed to be up here!” So that’s exactly what I did. Within 48 hours I had my flight booked and my hotel reserved.

I will admit I had a few moments of hesitation. Although my heart was being pulled towards NYC, my head was convincing me that “New York is expensive, loud, busy and stressful. Why don’t you go to Bimini or to a beach somewhere close by? That would be much more logical.”

But this trip wasn’t about being logical or strategic. It was about saying, “F#$k it! Let’s see what life has in store.”

All I had planned was where I was going to stay because as a single woman in New York traveling by herself, things could get a little dangerous if I just wandered around the city looking for somewhere to stay. Besides that safe decision, I chose to be fearless during this trip.

My itinerary was wake up in the morning, get dressed, go downstairs from the hotel and just start walking. Where to? I didn’t know. I would stand on a corner and ask myself, “left or right?” And then I might go straight instead. I just went where I was being called. And sometimes I was being called by friends or friends of friends whom I had never met and they would say, “hey let’s hang out” and I’d respond, “ok,” or,“no thanks” without issues of obligations. I would only use my intuition.

Lunch at Lincoln in front of Julliard School of Music

One day, after it was time to leave Central Park, I was led straight to the Julliard School of Music. When I noticed where I had been led all I could do was smile and laugh. If you know how much I love music, then you’d know this was quite a treat for me. I was drawn to eat lunch right in front of the school and enjoy the elevated vibe I was sensing.

After lunch, a new friend I had made the day before sent me a text which read, “If you are free, join us for a movie.”  With such a beautiful day outside, I didn’t want to be indoors, but the text clearly read, “If you are free…” And I am free—completely free, so I went. The movie sucked, but it didn’t matter. It was where I was supposed to be.

One night I had dinner with my cousin who was vehemently against my decision to come to NYC with the purpose of unwinding and relaxing. He urged me to go to a beach and disconnect from everything and everyone in order to really recharge my batteries—I told him that that’s exactly what I was doing in New York.

My relationship with New York is a bit odd in that I get to be Yin to everyone’s Yang. I am usually the more intense, highly productive and driven person at home in Miami—the Yang element is quite dominant. But in New York, since everyone is Yang, I get to relax and let others be stressed for me. It’s perfect!

I would walk along the streets almost in slow motion. Even though I was still walking gracefully with the crowd, I was not part of the crowd. I would use peripheral vision to be extra aware and observant.

There were so many colors. So many sounds. So many cultures. So many smells. So much of everything that the senses were celebrating life, while still not being attached to them.  I was not attached to them because it made no difference what I was seeing, smelling or feeling. It was all the same.

I was practicing having no desires (although I clearly see the irony in wanting no desires). Since I wasn’t fazed by what food I wanted to eat or what I wanted to do, then I could experience and live the moment in its purest state without expectations. It was all a blessing.

I didn’t always stay in this desireless state. I would say I maintained it for about 80 percent of the time, but there were moments of relapsing into my old patterns. It takes time to master a new habit, especially when the old one is so conditioned and comfortable. In New York City though, it just clicked.

Now my challenge was going to be maintaining this click in Miami, where I am the Yang to others’ Yin. I have made it a priority and a necessity since it has made my life more balanced and peaceful. These two weeks of just being, without attachments and without desires has made me understand that there’s no going back now. I am forever grateful for all the lessons I continue to learn. 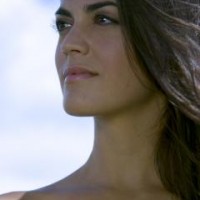 Rina Jakubowicz, yoga instructor, motivational speaker, and author of Choose Peace, is known for her vibrant and uplifting approach to yoga. Never shy about herself, she under… Read full bio