Are You The One…Right Now? ~ Stephanie Bailey

What does it feel like to be the one…right now?

It feels like you’re in a relationship that’s going nowhere. This person is in your life until someone better comes along. Ouch!

Have you ever dated someone and the relationship isn’t moving forward? Promises are made, but you’re not moving to the next level and it feels as if you never will?

Not only have I been in this type of relationship but so have many of my friends.

What’s even worse is when you end the relationship—because who wants to stay in a dead-end relationship forever—and you find out months later that your now deadbeat ex-lover is married? Wow…so that’s what it feels like to be stabbed in the heart!

If you’re dating someone who seems to be dragging their feet, they probably are.

If you are the one you shouldn’t start to hear excuses about why your not-so-better-half thinks, “things shouldn’t change” in the relationship or why they “aren’t the marrying type.” If someone wants a relationship to move forward there will be no excuses—they will make it happen without question.

When someone sees you as the one…right now, they will not only make excuses, but they will also put emotional barriers up to keep themselves from moving forward with you.

This will make you feel as if you are playing a horrible game of Capture the flag.

Here you are, waving your big red flag (feelings) directly in front of them, waiting for them to grab hold of them (you) and capture (make a commitment) and bring it (you) across to their side (marriage—otherwise know as happily-ever-after). The reality is, they pretend not to see it (what you really want) and avoid it (the next level) at all costs (losing you).

Not good! So how do you know if you’re the one…right now?

If you’re unsure and have been dating someone for several months or longer, here are some telltale signs that you might be the one…right now:

1. You have only met one (or maybe none) of their friends.
2. You’ve never met their parents (and they live in the same state as you).
3. Their parents/family members don’t even know that you exist (they’ve never mentioned you).
4. When in public, she/he is not affectionate (they keep you at arms distance as if they are keeping their options open).
5. If he/she shows any PDA, it’s a quick kiss on the cheek or a nudge with their arm/elbow (no handholding or a lingered kiss with this person in public).
6. When you are on the phone with them and they’re around their friends, they will speak to you as if you are a just a friend.
7. When you bump into people they know they either don’t introduce you or will only introduce by your first name, verses this is my boyfriend/girlfriend.
8. “Future-talk” makes them squirm-like-a-worm—note that they will change the subject quick.
9. If they do speak about the future it’s all talk-and-no-action. (Dragging their feet is what they are best at).
10. Weekend getaways or vacations are never planned or if they are, they get cancelled due to work.
11. Everything in their life is more important than you (work, friends, hobbies, outside activities, family, picking their fingernails).
12. When you’re out in public you catch them checking-out other people.
13. If you finally get them to talk about marriage they will come up with a list of 50 criteria that you would have to meet first before marriage would ever happen.
14. They become “busier” at work, leaving less and less quality time for you.
15. They avoid meeting your family.
16. They won’t let you keep a toothbrush at their place.
17. You’re always at their place but they won’t give you a house key.
18. They know what to do (from all the conversations you’ve had) to make the relationship move forward—they just choose not to do it.
19. Conversations start to become a struggle.
20. The “dating games” are in full effect!

The right match will happen if you look for the red flags and run far from the players, towards a happier future. 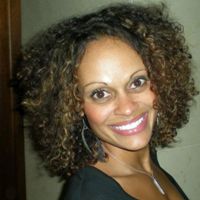