After taking a two-year hiatus from dating, I am putting myself back “out there.”

Part of me is thinking dating has always been a waste of time, and the other part says, “get over it and just do it.” First, I’d like to define dating. Dating to me is meeting up with someone (in my case a man) with the intention of getting to know that person and hoping there’s some kind of spark, chemistry or connection that propels me to want to see him again.

I wasn’t really planning on getting into the dating scene, but it seemed all at once there were three eligible men swarming around. I live in NYC and yes—dating is a scene. Also a friend from childhood who I hadn’t heard from in four years now works for a dating service and randomly sent me an email asking if I was single and interested in meeting someone. We are still trying to get together so she can have a better sense of who I am when she meets with her clients.

It seems the universe is saying it’s time for me to date. That and my astrologer told me my chart says Venus is in Saturn for me until September so to look out for love.

In putting my best yogini foot forward, I had to invest in a wardrobe and cosmetics especially since I live in yoga gear with my hair in a bun most days and evenings. This is not what I like to spend my limited income on, but I have to say, I had a good time picking out dresses and shoes and actually getting dressed up to go out on the town.

With support from friends near and far, I am up for this challenge and believe me dating is challenging for anyone let alone a Buddhist yogini living in NYC. What you think you see is not what you get. What I do for a living and how I live my life are philosophies and lifestyle choices, not a hobbies.

One of my male friends had this to say, a perspective I hadn’t thought of before:

“On behalf of the entire male population, I thank you for returning to the dating game. You are a truly beautiful and engaging woman with a real spirit and sense of wonder. That is something any man would be lucky to have. I know it is a process that can be extremely hard on the ego though, so my thoughts are with you!”

Look at that, I even have a referral from an awesome guy if I might add. I hadn’t thought that little ol’ me was depriving men of a decent date. Certainly there are many decent women out there, but if we all throw in the towel and say forget it, then great guys like the one above gets screwed, too. Just in case you are wondering if I am dating him, I am not. He lives across the country and is significantly younger than I.

We have a mature friendship and dialogue. I seem to have many of these situations. Before my friend wrote that, all I could see was the endless line of men who didn’t want the same thing as I did—a mutually understood relationship that could lead to a commitment.

I am 43, never been married or engaged, and no children. Seems perfectly normal and sane to me, but more rare than you may think. The smile I have today started a long time ago.

In 2007, I wrote an interactive blog called “The Rules, Really?” inspired by the book The Rules which was a totally new world to me as well as the impetus for the blog. I wanted to see how my behavior matched up with their rules.

By the way, both women who authored the book are divorced and the whole premise of playing by The Rules is to get a ring which happens to come with a husband. Quite honestly, the whole thing made me sick. Turns out I am a natural rule breaker and subsequently proved their point as to why I wasn’t married.

Marriage has never been a goal for me. Happiness has.

They left out the part of being a happy person. There are some good pointers in the book that make sense like dating more than one person at a time, be busy, mysterious, never too available and make them chase after you because men like to hunt. Sounds like women are prey, well sometimes it seems that way. I recently reread that blog and had a blast going down memory lane. Dating and writing about it, now that’s a lot of work. Especially when you aren’t getting paid for either. Time is very valuable.

When I date, I am dating. Not just one or two men, but three if I can swing it. The more the merrier. I don’t sleep with any of them right away, if ever. I find that they quickly drop off because they confuse dating and getting to know someone with a f*ck buddy. I’ve experience many different types of relationships.

Twenty years of yoga and meditation have brought clarity to me that an intimate connection with someone else can only come from being intimate with oneself. If it doesn’t feel right to me to have more than one lover than don’t do it. If it does, then do it.

I like to think of having a team of men in a dug out and watching them come up to bat. It’s the ones who actually aren’t in it for the “home run,” but just want to get on base and play that you’ll actually have a chance to get to know. If you get the home run straight away then neither of you will have anything to look forward to.

This doesn’t mean that because you wait to have sex that the relationship will work out. Maybe it will, maybe it won’t. But what probably will happen is that you’ve had a chance to open to desire, be in a space to get to know someone and see if this person is a good choice for you or not.

After all, we are all a work in progress and the more work the more progress. There’s tons of advice out there on what to do and what not to do and how long to wait and yada- yada-yada.

For women over 40, we have a different game and reality than the younger single women out there. I am happy to be right where I am. The choices I make now are very different than when I was in my 20s and 30s. I do my best to be clear with intentions and remember to be open to experiences. This is how change happens and you might just find yourself in a relationship that feels right. 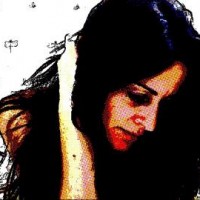