Mindfulness in Schools: An Interview with Room To Breathe. {video}

Mindfulness is something that is greatly needed in our education system and a new documentary, called Room To Breathe, discuses why.

Room To Breathe Qs & As

Q1: How would you describe Room to Breathe to someone that hasn’t seen it?

A1: In the film, a Mindful Schools educator spends several months at San Francisco’s Marina Middle School, teaching mindfulness to a group of seventh grade students, many with incredible challenges.  Confronted by defiance during her initial sessions with them, the students ultimately begin to learn the technique and use it to take greater control over their lives.

Q2: What goals were in mind when making this film?

A2: The film’s goal is to convey the critical need to teach inward reflection in schools throughout the nation—specifically, teaching kids how to focus, manage their emotions and stress, as well as more skillfully resolve conflict.

Q3: What inspired Russell Long, the director, to make this film?

A3: Before working on Room to Breathe, Russell was very involved with environmental issues, specifically, focused on how society is not getting to the root causes about what’s really ailing the world. So, when he learned about the profound benefits of mindfulness programs in—giving kids a tool to calm themselves and to recognize they are okay, exactly as they are, helping to define their relationship to the natural world—he was inspired to create a film to help raise awareness of this critical subject matter.

Q4: Can you explain how the seventh grade students highlighted in the film benefited from the mindfulness technique taught in their classroom?

A4: A survey following the mindfulness course of the Marina Middle School seventh graders in the film, found that 80 percent calmed down more easily when upset, 58 percent focused better in class, 40 percent used it to avoid arguments or fights and 34 percent said it raised their grades.

Q5: What are the current ages/grade levels of the students profiled in film?

A5: All the students featured in the film are currently fifteen and attend high school.

Q6: What does Mindful Schools offer to educators and students?

A6: Mindful Schools is a non-profit organization that offers a complete multi-level training program for adults, in-class instruction for children and other resources to support mindfulness in education.

Q7: What main goal did Mindful Schools have in mind when forming its organization?

A7: By providing students with mindfulness skills, Mindful Schools teaches students to bring awareness to their experience. The goal is to give children an internal compass from which to approach their life and education.

Q8: What is mindfulness?

A8: Mindfulness is a particular way of paying attention. It is the mental faculty of purposefully bringing awareness to one’s experience. Mindfulness can be applied to sensory experiences, thoughts and emotions by using sustained attention and by noticing one’s experience without reacting.

Q9: What program benefits has Mindful Schools observed in the classroom?  How does it differ from other types of meditation such as transcendental meditation (TM)?

A9: The Mindful Schools program has repeatedly demonstrated dramatic improvements in concentration, attention and empathy among students—while building a climate of calm in the classroom.

With TM, individuals focus on a repetitive mantra to quiet their minds. With mindfulness, it’s simply about bringing awareness to one’s experience (e.g., mindful listening, mindful breathing, etc.).  Furthermore, mindfulness specifically helps to increase the space between stimulus and reaction, allowing children to observe themselves in the heat of the moment and choose wiser responses.

While both can induce calm or tranquility, the goal of mindfulness is to be aware of the entire spectrum of our emotional, physical and mental experience, while TM seeks strictly to establish tranquility or calm.

Q10: How many students have been taught and how many educators have been trained by Mindful Schools?

A10: To date, the Mindful Schools curriculum has reached over 30,000 students nationally and internationally through our direct services and via other professionals trained to use it. Over 3,500 adults have participated in our comprehensive training programs to integrate mindfulness into their work with young people.

Q11: How many schools in the Bay Area have been taught mindfulness in the classroom?

A11: Presently, more than 50 schools throughout the Bay Area have been the recipients of Mindful Schools’ mindfulness education.

Q12: Where is Mindful Schools headquartered and when was it founded?

A12: Mindful Schools is based in Oakland, CA. In 2007, the seeds of Mindful Schools were planted when Park Day School, a private school in North Oakland, sought to address the high levels of aggression and turmoil in the surrounding public elementary schools using mindfulness. The responses from students, principals, and teachers were so encouraging that the program was soon thereafter implemented in several other local schools. Over time, the program grew and, in 2010, was incorporated as an independent non-profit organization.

Q13: What’s the history of mindfulness?

A13: Mindfulness can be traced back thousands of years in ancient contemplative traditions. Secular applications of mindfulness were first introduced into medicine thirty years ago by Dr. Jon Kabat-Zinn, Professor of Medicine Emeritus at the University of Massachusetts Medical Center. Over time, mindfulness has become a successful mainstream influence in medicine, psychology, corporate environments, and now education.

Thirty years of research and, more recently, brain science, offer compelling evidence to support the use of mindfulness in education. The application of mindfulness by students has the potential to improve academic achievement, mental health, and inter- and intra-personal relationships.

Q14: What type of credible mindfulness research has been published over the years?

A14: Over thirty years of research offers compelling evidence to support the use of mindfulness in education, demonstrating a strong link between mindfulness programs and improvements in learning, attention, emotional regulation, empathy, impulse control, stress reduction, optimism and successful conflict resolution.

Q15: Can you share any details about new data generate?

A15: Recent preliminary data—conducted by Mindful Schools in collaboration with University of California, Davis, involving over 900 children and 47 teachers in three Oakland public schools—demonstrated a statistically significant impact on student behavior. This study is also the first major mindfulness study involving at-risk children in an area with a high incidence of crime.

Q16: When will this data be available to the public?

A16: Mindful Schools plans to share detailed findings and lessons learned with the mindfulness education community in the near future.

Q17: Can you describe the educational landscape of many inner schools nationwide?

A17: High school drop-outs are on the rise, totaling 1.2 million students a year and teacher burn-out continues to increase—50 percent dropping out after just five years on the job. In addition, violence in schools is at an all time high. There are 1.7 million non-fatal crimes a year in schools, ranging from assault to theft; 10 percent of boys carry a weapon to school and suicide is the third leading cause of death for those 15-24 years of age. 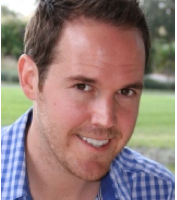