What the Buddha said about Animal Rights—& why it’s in our Interest to Care. 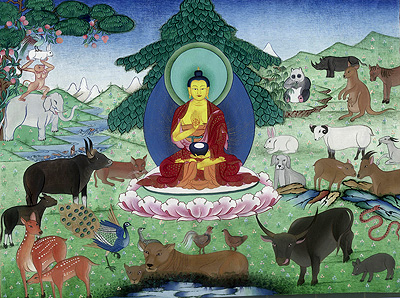 This Thanksgiving, Feed the Turkeys.

How a Buddhist celebrates Thanksgiving.

It’s Thanksgiving. Somebody approaches a group of turkeys and…feeds them.

Bhikshuni Thubten Semkye truly celebrates the kindness of others and displays how we can turn compassion into action in every facet of our lives… even on Thanksgiving.

If there aren’t any wild turkeys in your area but you would still like to express gratitude and compassion, visit adoptaturkey.org. 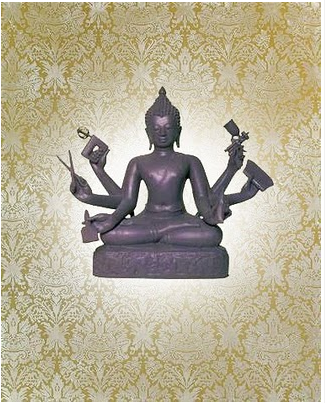 The Buddha on Animal Rights.

“One must not deliberately kill any living creature either by committing the act oneself, instructing others to kill, or approving of or participating in acts of killing.

To completely abstain from the act of killing directly and indirectly, eat only pure vegetarian food.” ~ Buddhism

All beings-human or beast—
Love life and hate to die.
They fear most the butcher’s knife
Which slices and chops them piece-by-piece.
Instead of being cruel and mean,
Why not stop killing and cherish life? (Cherishing Life, I, 83)

What do the teachings of Buddhism say about animal rights?

In Buddhism the highest and universal ideal is to continually work for a permanent end to the suffering of all creatures, not just the human animal, but all animals, all living beings without exception.

Buddhism affirms the unity of all living beings, all equally possess the Buddha-nature, and all have the potential to become Buddhas, that is, to become fully and perfectly enlightened. Among the sentient, there are no second-class citizens. According to Buddhist teaching, human beings do not have a privileged, special place above and beyond that of the rest of life. The world is not a creation specifically for the benefit and pleasure of human beings. Furthermore, in some circumstances according with their karma, humans can be reborn as humans and animals can be reborn as humans.

In Buddhism the most fundamental guideline for conduct is ahimsa-the prohibition against the bringing of harm and/or death to any living being. Why should one refrain from killing? It is because all beings have lives; they love their lives and do not wish to die. Even one of the smallest creatures, the mosquito, when it approaches to bite you, will fly away if you make the slightest motion. Why does it fly away? Because it fears death. It figures that if it drinks your blood, you will take its life. . . . We should nurture compassionate thought. Since we wish to live, we should not kill any other living being. Furthermore, the karma of killing is understood as the root of all suffering and the fundamental cause of sickness and war, and the forces of killing are explicitly identified with the demonic. The highest and most universal ideal of Buddhism is to work unceasingly for permanent end to the suffering of all living beings, not just humans.

The Buddha in a former life was reborn as a Deer-king. He offers to substitute his own life for that of a pregnant doe who is about to give birth. In another previous lifetime, the Buddha sacrificed his own life to feed a starving tiger and her two cubs, who were trapped in the snow. He reasoned that it would be better to save three lives than to merely preserve his own. It is better to lose one’s own life than to kill another being.

A disciple of the Buddha must maintain a mind of kindness and cultivate the practice of liberating beings. He should reflect thus: ‘All male beings have been my father and all females have been my mother. There is not a single being who has not given birth to me during my previous lives, hence all beings of the Six Destinies are my parents. Therefore, when a person kills and eats any of these beings, he thereby slaughters my parents. Furthermore, he kills a body that was once my own, for all elemental earth and water previously served as part of my body and all elemental fire and wind have served as my basic substance. Therefore, I shall always cultivate the practice of liberating beings and in every life be reborn in the eternally­abiding Dharma and teach other to liberate beings as well.’ Whenever a Bodhisattva sees a person preparing to kill an animal, he should devise a skilful method to rescue and protect it, freeing it from its suffering and difficulties… (Brahma Net Sutra I 162)
Source: http://online.sfsu.edu

Turkeys are “smart animals with personality and character, and keen awareness of their surroundings,” Oregon State University poultry scientist Tom Savage says. Turkeys are social, playful birds who enjoy the company of others. They relish having their feathers stroked and like to chirp, cluck, and gobble along to their favorite tunes. Anyone who spends time with them at farm sanctuaries quickly learns that turkeys are as varied in personality as dogs and cats. ~ PETA